Australia, these are your favourite ATAS travel agencies

The People’s Choice votes are in

AFTA has announced the 2019 People’s Choice: Retail Travel Agency of the Year State Finalists with an impressive 13,000 consumer votes received across the campaign period. 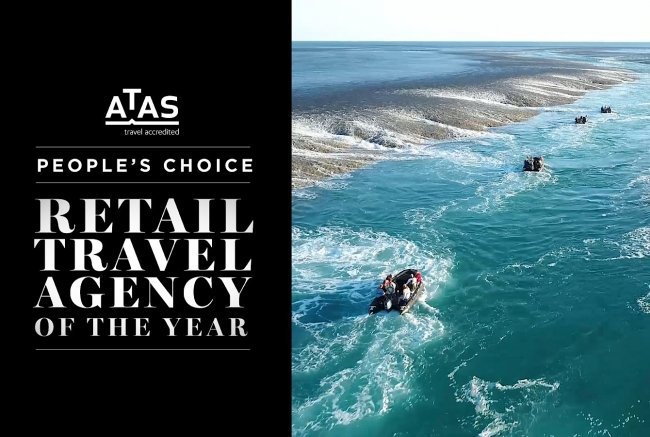 “Thank you to all ATAS accredited travel agencies, and prize partner APT, who got behind this year’s Campaign,” Jayson Westbury, AFTA Chief Executive said.

“We are delighted to see the Campaign grow year-on-year, gaining significant traction in the market.

“We’ve witnessed a sizable increase in the number of consumers who voted for their favourite accredited retail agency this year.”

“This increased participation by consumers speaks volumes for the role that travel agents continue to play in the travel booking processes.”

The People’s Choice Campaign was delivered to market through dedicated consumer marketing initiatives including Facebook, Instagram and short-form video advertising on major news platforms including Nine.com.au. Australian consumers were asked to vote for their favourite ATAS travel agency and in return for their vote had the chance to win a fantastic prize courtesy of APT.

The campaign was administered by Australia’s best-selling travel magazine publishers, International Traveller Magazine & Australian Traveller Magazine and further supported through a new media partnership with Nine Entertainment and The Sydney Morning Herald and The Age Traveller.

Consumers were invited to vote either online or through the magazine survey forms. AFTA created branded assets that agencies could use to promote their agency and rally consumer votes.

The travel agencies who received the most consumer votes in each state are category finalists and the winner will be announced at the National Travel Industry Award Gala Dinner which will be held on Saturday 20 July 2019 at the International Convention Centre, Sydney.