Consultants earned their place on the mega famil by selling Qantas Holidays and Qantas Airways product, to accrue points during the promotion period. Bonus points were awarded to those who issued tickets or booked passengers for the selected Southern California destinations. 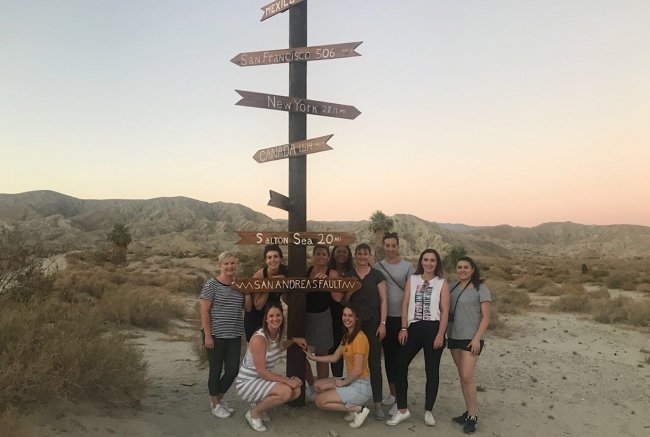 Participants were split into four teams, ready to take on Southern California armed with their essential supplies. The USA adventure kicked off with the four teams flying in to Huntington Beach, West Hollywood, San Diego and Los Angeles to start their experience.

After receiving an envelope with their challenges each day, the teams set out on daily experiences including visits to Legoland in San Diego, Electric Bike Tours in West Hollywood, Salvation Mountain Desert Adventures in Greater Palm Springs and Surf Lessons and Yoga in Huntington Beach. Challenges included the likes of; submitting a photo of a team member with a celebrity, choreographing and performing a cheerleading routine, locating the oldest American coin and creating a masterpiece using Dr Pepper cans.

Dining experiences were a plenty, with consultants taking in local delights including; In and Out Burger, a breakfast at the famous Hotel del Coronado in San Diego, Tequila tasting in Greater Palm Springs and S’mores on the beach in Huntington Beach to name a few. 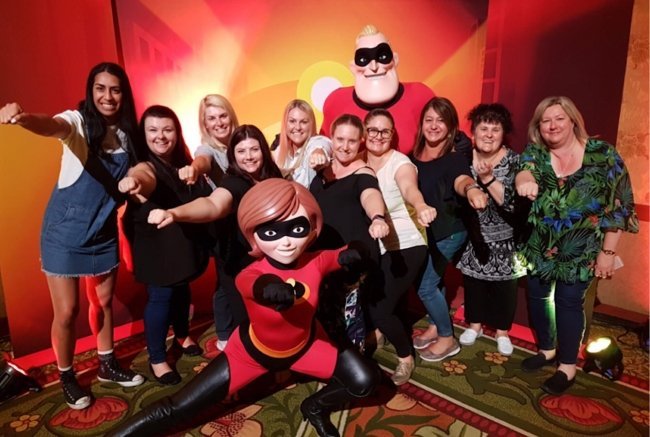 On day four, all teams came together for the Disneyland Resort IncredEVENT, to find out who the 2018 Race Around Southern California winners were.

The teams were in Anaheim for the final 3 days of the epic famil.  Upon arrival in Anaheim the group was rushed to Disneyland Resort in California where they participated in an IncredEVENT hosted by the Disney Destinations team.  As part of the event, the group donned their complementary Made with Magic Mouse Ears while enjoying front row viewing of the phenomenal Disney Paint the Night Parade, before being whisked into the newly re-imagined Pixar Pier for a thrilling ride on the Incredicoaster!

The penultimate challenge – The ‘Incredible Southern Californian experience’ performance was held at the Gala Event, where contestants gathered for the evening at Disney’s Grand Californian Hotel & Spa to find out who would be crowned the winners for the 2018 Race Around.

The next day, the participants had the chance to utilize Disneyland Resort in California’s unique MaxPass service, allowing them to book FastPass’s via the Disneyland App, to maximize their time in the Theme Parks where they enjoyed thrilling attractions like the Indiana Jones Adventure, Guardians of the Galaxy – Mission: BREAKOUT! and even some limited time Halloween inspired attractions like Haunted Mansion Holiday and Space Mountain Ghost Galaxy.

“The competition was as fierce as ever this year with Southern California being a MUCH sought-after destination,” he said.