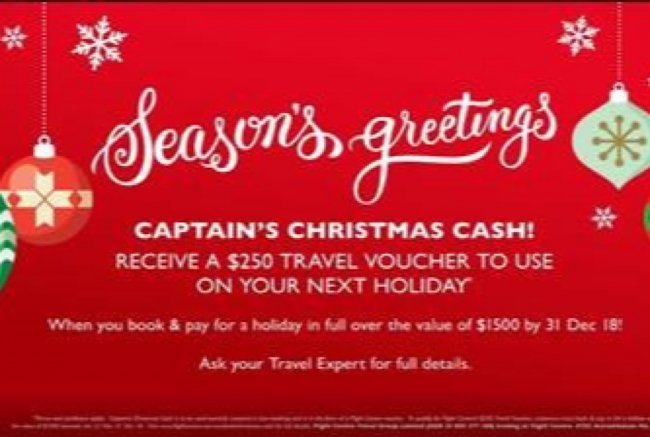 Promoted during the 2018 Christmas and 2019 Easter periods, the ads offered $250 vouchers to consumers who spent $1,500 on holiday packages with Flight Centre, with the discounts redeemable on their next booked vacation.

However, the Australian Competition and Consumer Commission (ACCC) believed the ads to be potentially misleading, and in breach of Australian Consumer Law, as FLT failed to disclose certain conditions in the promotion, such as the requirement for consumers to book another holiday with the travel giant worth more than $5,000.

The ACCC was also concerned about the limited time frame consumers had to redeem the vouchers, and that this wasn’t adequately communicated in the ads.

“We are concerned that consumers were enticed to purchase their holiday through Flight Centre to obtain a voucher they were not able to use without spending another $5000, when this was not adequately disclosed,” ACCC Commissioner Sarah Court said.

According to the ACCC, over 35,000 consumers received cash vouchers as part of the promotions, which appeared in print newspapers and at around 700 Flight Centre stores over the Christmas campaign and 800 outlets over the Easter campaign.

“Businesses are warned that the terms and conditions of any deal or promotion must be prominent, so that consumers understand what is involved in redeeming the offer,” Ms Court said.

In addition to the fines, FLT has now done away with the $5,000 spend clause and extended the redemption expiry for both campaigns from 30 June 2019 until 31 December 2019.