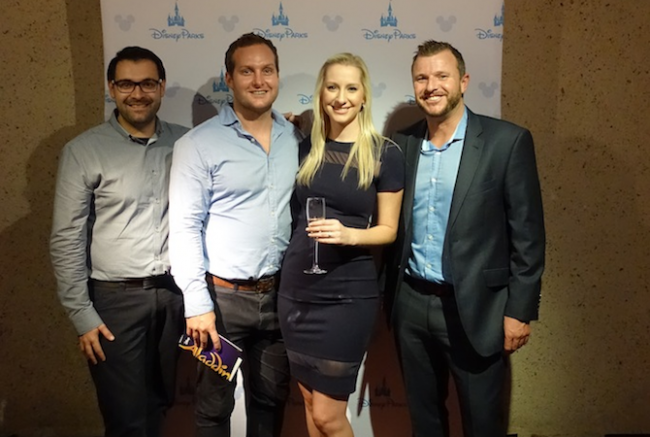 The event, hosted by the local Disney Destinations International and Disney Theatrical Productions teams, was to celebrate an incredible year of new additions and experiences at Disney Parks and Resorts in the US, along with the extraordinary theatrical productions in both Australia and New York including Disney’s Aladdin – the Musical, now open for a 15-week season in Brisbane before heading to Perth later in the year.

Head of Disney Destinations International for Australia and New Zealand, David Clark, greeted the group by thanking everyone for the incredible support they provided Disney Destinations in 2017. “Everyone in this room either directly or indirectly help us (Disney) create the magic that enchants our Guests whenever they visit a Disney Destination. That magic for many Guests start theminute they book their Disney Parks and Resorts holiday, so we thank you for being part of that journey each and every day.”

The group was then regaled with a few secrets of Disney’s Aladdin – The Musical by the show’s Associate Producer, Paula McKinnon, including how many Swarovski Crystals make up the show’s over 330 costumes. The lucky attendees were then whisked into QPAC’s Lyric Theatre where they were part of the first Brisbane Audience to see this spectacular show.

Following the performance, praise for the show was high: “Wow – what a show! The sets, costumes, choreography...outstanding. Far exceeded all expectations,” commented Ashleigh Conwell, Flight Centre National Campaign Manager. While Infinity Holidays Sales Agent, Amy Crawford claimed it “was the best show I have EVER seen”. Aladdin plays at the Lyric Theatre, QPAC until 3 June.