Season two of the Helloworld TV Show was officially launched last night at a star-studded event at the Seven Network Studios in Melbourne.

The Helloworld TV Show season two was officially launched last night at an exclusive event hosted at the Seven Network studios in Melbourne.

With VIPs, show hosts, travel and network personalities in attendance, the event celebrated and welcomed the program back for a second season and give a sneak peak into what the audience can expect this series. 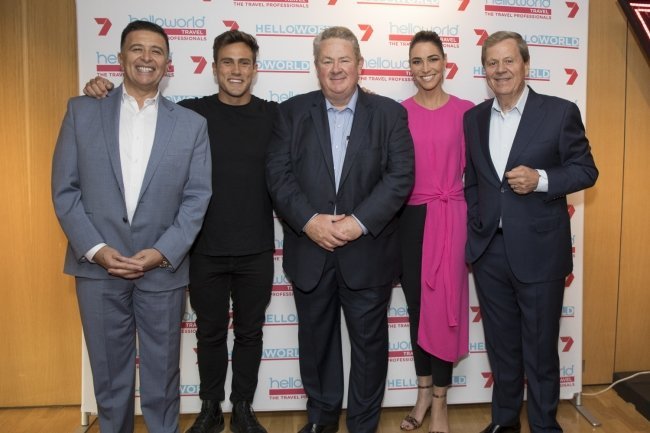 “It’s wonderful to be celebrating the launch of season two of our Helloworld TV Show.” said Dominique Dalton, Head of Retail Marketing at Helloworld Travel.

“We are delighted to partner with the Seven Network to bring our second season of Helloworld to screens. The response from both the viewers and our agent networks to our first season was terrific, so we knew that television was the rightfit for us to showcase our worldwide product in this exciting format.

“Having our own television show provides us with the perfect medium to showcase our knowledge as travel advisors, and our network of Helloworld Travel professionals will be offering some amazing deals to exciting destinations throughout the season.

“We are thrilled to have some of our favourite ambassadors returning for season two and are also very pleased to be welcoming some new  hosts to the series.”

Natalie Harvey, Network Sales Director for Seven West Media echoed the sentiment, speaking at the launch event on Tuesday night saying “We are thrilled to be working with Helloworld Travel and their partners to use the screens of Seven to deliver stories that will inspire Australian’s to visit some of the most beautiful places on the planet!”.

Helloworld will debut its exciting season two on Saturday October 12 across Seven Network channels including 7, 7TWO and 7 plus (on demand). The 18 week season will be broadcast in two segments starting on 12th October for 6 weeks, then 12 weeks from February 1st 2020.

Helloworld Season 2 will premiere on 7Two on Saturday 12th October at 6pm and on 7Main at 1pm on Sunday 13th October 2019.