DANA BROWN reports exclusively for Traveltalk on why every Aussie agent should aim to be a part of the Uber Massive Incentive from G Adventures.

Have you ever wondered what it would be like to go on G Adventure's Uber Massive Incentive (UMI) trip?

I'm about to spill the beans on their annual UMI and let you know exactly why you need to do anything and everything you can to win yourself a space on next year’s epic experience. 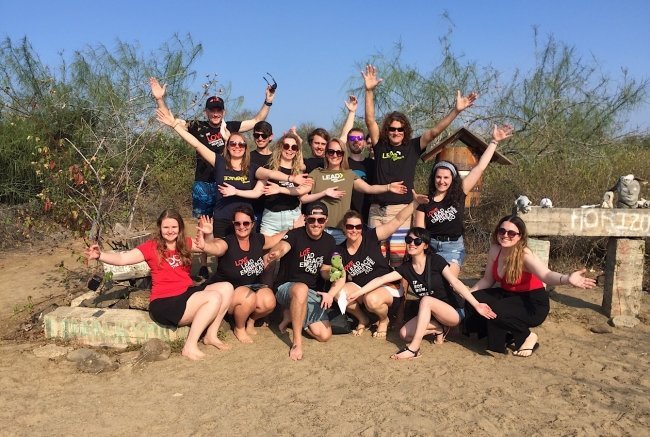 Over a number of months each year you can accrue points for every booking you make with G Adventures. Six top sellers earn themselves a place on a dream journey, along with six random spots.

G being G, they like to tease you over those months and have some fun, with clues as to where the next trip will take place. They also reward you with some cool spot prizes along the way. Think along the lines of iPads and UE Booms.

This year it was sailing in the Galapagos Islands (last year was Uganda and Rwanda), a bucket list destination for most people. I was lucky enough to win myself one of those coveted spots onboard the Xavier III for a week-long sojourn from Quito in Ecuador through the southern Galapagos Islands.

Agents flew in from all over Australia and New Zealand to meet in Quito, where the journey would begin. But I have to say that for me the adventure really started back on home soil with a series of cancelled and rescheduled flights, resulting in nearly 40 hours of travel time. That gave us plenty of time to deliriously bond with layovers in Auckland, Santiago and Lima... thank god for TGI Fridays, a fantastic crew and beer!

On arriving in Quito at 3am, the team was beyond excited to check in early at the Hotel Hilton Colon, take a shower and get some rest before an optional city tour to visit the highlights. Later that night we had our first Ecuadorian dinner (and more beers) together.

Day two was an early rise for our 4am pick up to fly to Baltra and transfer to Santa Cruz to board the boat for the most incredible five nights I think anyone has ever had in their lives.

Once onboard, our days consisted of breakfast on the boat, a zodiac to shore to explore on nature hikes, a snorkel, lunch back onboard, a nap on deck, beers, another zodiac to land on a new island to traverse, an additional snorkel, afternoon snacks and beers, dinner and games or free time... sounds like we were really living the dream, right? 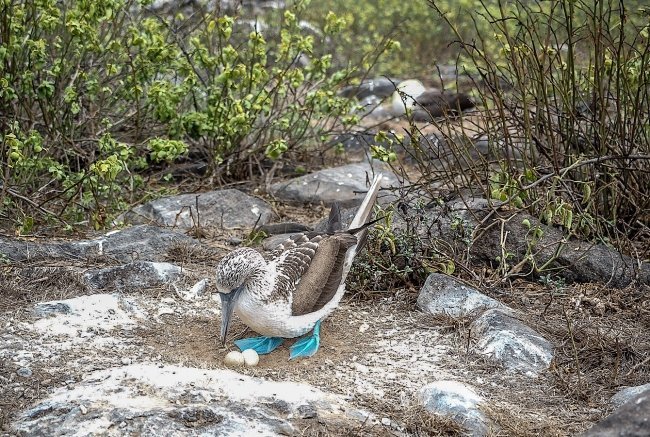 Each time we took out the zodiacs, we were landing in a new place. With every island we set foot on, the landscape and inhabiting wildlife were vastly different to the last.

From the red beaches of Rabida Island, the volcanic cliffs of Punta Suarez, the white sand and crystal blue water at Bachas beach, and the hundreds of sea lions dotted along the shore at Gardner Bay, we were in a constant child-like state of amazement at the diversity that is the Galapagos.

The wildlife was as contrasting as the landscape. We viewed giant Galapagos tortoises, sea lions, sharks, marine iguanas and multiple species of endemic birds, including the famed blue footed booby.

Some of us even played our own version of the World Cup, with the crew from our boat against another local team. I can't tell you who won: I'll assume you already know that Latinos are very passionate about their soccer! After disconnecting from the world for the week (no Wi-Fi or phone reception out there, some days we didn't even see another human!), it is safe to say that we all achieved a Zen like chill... until we arrived back in Quito for the final night and had access to social media.

The last day in Quito was filled with more optional sightseeing to Teleferico and the Equator, or for me, running around my old haunts to take photos and enjoy the city I once lived in briefly.

All in all, this was a trip of a lifetime and I will be gunning for UMI 2019. I would probably sell my unborn children to win a place... how about you?

Apart from being a travel agent, Dana Brown is also a digital influencer through her website, Wild Hearted World. Follow her adventures at wildheartedworld.com or contact her at [email protected]