Jim and Jenny Cooper from Queanbeyan City Travel & Cruise decided they’d had enough of COVID-19, so packed a friend’s Winnebago to explore NSW. The resulting trip was an adventure that opened their eyes to suffering in regional NSW and finished with Jenny in hospital.

When the going gets tough, the tough get going – and that’s exactly what Travellers Choice members Jim and Jenny Cooper did this month when they set off to explore the backroads of NSW. However, not everything went according to plan... 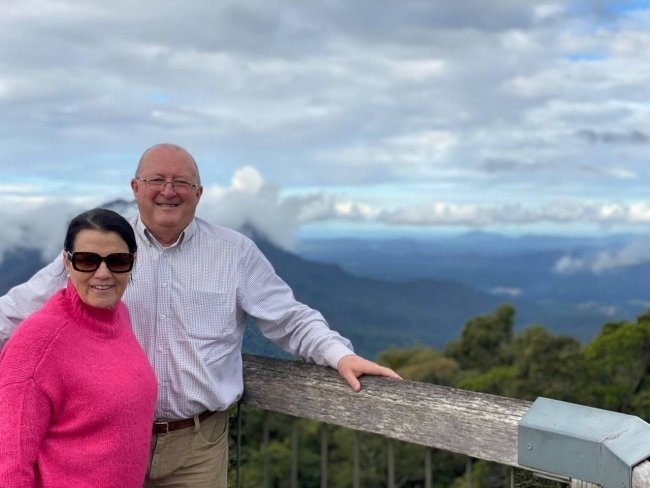 Enjoying some spectacular scenery outside Inverell

“Having done all our online training on Australian destinations, we thought it’s time to get out there and see our own backyard,” says Jenny, who along with Jim owns the award-winning Queanbeyan City Travel & Cruise. “So we borrowed a friend’s Winnebago, affectionately known as Gus, made up a sign promoting our hometown and embarked on a DIY educational.”

The plan was to help support smaller towns, discover new experiences and pay some surprise visits to fellow Travellers Choice members. She also wanted to capture "little video grabs" of the people and places they visited and post them to the agency’s Facebook page.

There were plenty of highlights, including the tiny village of Sofala, which claims to be Australia's oldest surviving gold mining town, the charming coastal hideaway of Sawtell and the well-preserved town of Gulgong, home to around 130 National Trust-listed buildings and the country’s oldest operating opera house. The intrepid couple even took Gus for a spin around the Mount Panorama racing circuit outside Bathurst. 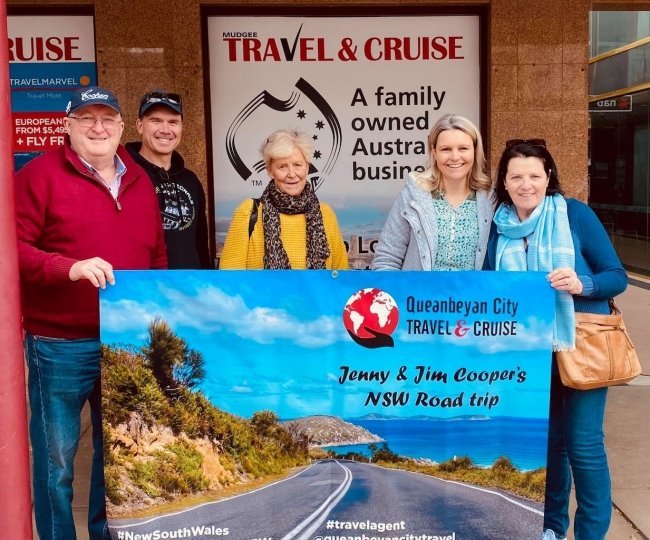 While much of the scenery was spectacular, Jenny says the two-week trip also opened their eyes to how regional areas are struggling.

“Many of the towns have done amazingly well to re-invent themselves and they are so friendly. But it was also clear that the drought and the coronavirus have hit them hard. There are a lot of people battling mental health issues, including depression.

“I tried many times to video locals saying ‘come and see us’, but a lot of them couldn’t do it without dissolving into tears. I had to cry myself every couple of days because we were just coming across people who were doing it so tough.” 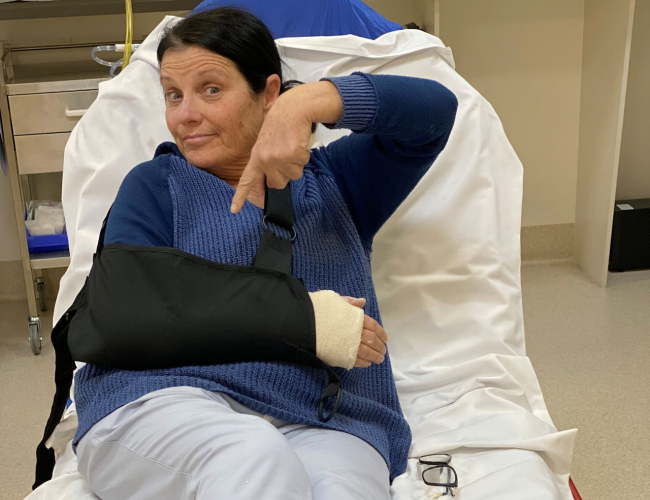 A tough end to an epic trip

In the end the journey had to be cut short when Jenny stumbled in Umina and broke her ankle and wrist. It was a painful end to an eye-opening adventure, but one that certainly hasn’t dampened the couple’s enthusiasm for regional road trips.

“When things settle down we are going to do a two-week tour of Victoria by car, stay in motels and caravan parks and have a good look around."

“In the meantime, I’d encourage other agents to hit the road – let’s face it we’ve all got plenty of time on our hands and nothing compares to getting out there and exploring for yourself. More than anything, it’s just really good for your soul."