If 2020 had been an ordinary year, on 10 September there would have been several hundred personal travel managers (PTMs) arriving in Hamilton Island for TravelManagers’ thirteenth annual National Conference.

The reality is that 2020 has been anything but ordinary, but it takes more than a global pandemic to stop this band of travel professionals from getting together virtually to recreate the same atmosphere of fun and solidarity as they’ve come to expect from their conference weekend – with plenty of competitive spirit thrown in for good measure. 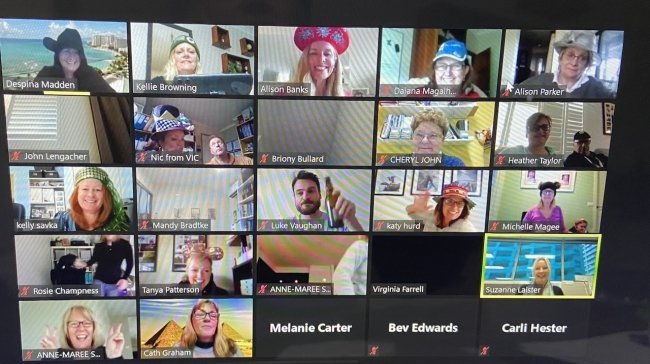 The vehicle for this evening of virtual togetherness was the ‘Grand Final’ round of a State of Origin trivia competition – the culmination of three previous rounds held during July and August in which states faced off against each other over an online quiz scoresheet.

The competition was the brainchild of Noree Kahika, who is TravelManagers’ Business Partnership Manager (BPM) for northern New South Wales, southern Queensland and the Northern Territory in collaboration with her fellow business partnership team members. She says she they developed the trivia competition as a way of boosting morale during the pandemic, especially for those based in Victoria.

“It really was a team effort, and therefore a pleasure to coordinate,” she adds. “We truly are one big, geographically spread-out family who love spending time together. And like all families – we love a little competition!”

Kahika says that competitive spirit was evident right from the first round, when Victoria and Tasmania teamed up to take on Queensland and Northern Territory, while South Australia and Western Australia took on New South Wales and ACT.

“We played a round-robin format so that each pairing went up against all of the other pairings, with points awarded to the individual three highest scorers in each round,” she explains. “We had around 230 PTMs participating throughout the competition, and when the points were added up, we were set for a Grand Final showdown between Queensland/Northern Territory and Victoria/Tasmania.” 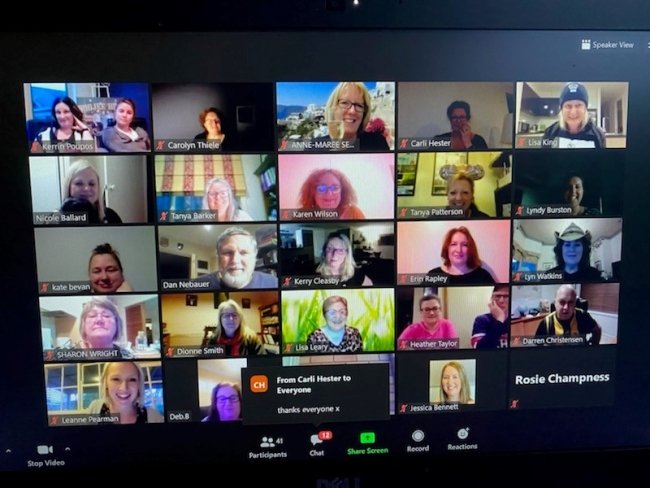 Kahika, who along with her fellow BPMs acted as quizmasters throughout the competition, says although the rivalry among the teams and their supporters was fierce, the majority of participants appeared to be there primarily for the social aspect of the event.

“Many were content to socialise and cheer on the other PTMs – the toughest part was trying to keep the intermissions on schedule so that we could carry on with the quiz! Imagine trying to run a quiz competition during the biggest, happiest family reunion imaginable, and you’ll get the picture,” she laughs.

The mood may have been festive, but the crowd was shamelessly partisan – especially the BPMs, who Kahika says were relentless in their heckling, barracking and attempts to bribe the opposition.

“There was absolutely zero neutrality – we were not objective or impartial in the least as we loudly cheered on our respective PTMs,” she adds. “Cries of ‘crush them’ and ‘show no mercy’ were all met with good humour, and there are rumours circulating that at least one team (*cough Queensland*) are already plotting how they can take the trivia crown next year.”

At the conclusion of the Grand Final, the points were once again totalled and the winning team finally revealed: Victorian PTMs placed first, second and third to secure the win for Victoria/Tasmania. 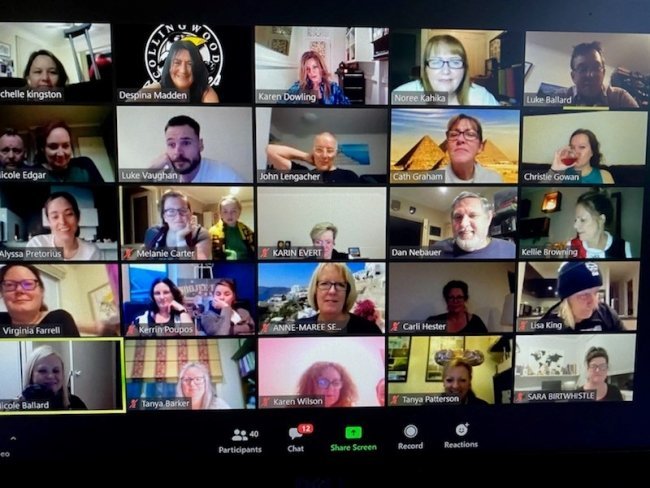 Kahika says the event had a serious objective: to deliver a fun experience which took participants’ minds off being in lockdown and coping with the COVID situation for a few hours every few weeks. Feedback received from participating PTMs supports this assertion, with positive responses and expressions of gratitude flowing in from all corners.

“Well done and congrats to Victoria and Tassie,” responded Lisa Leary, who is TravelManagers’ representative for Cedar Creek, QLD. “It has been wonderful seeing so many familiar faces during these 2020 virtual mini conferences.”

“Thank you to the BPM team for putting this together,” adds Heather Taylor, who as representative for Mornington, VIC, was happy to be part of the winning team. “It was great fun and awesome to see everyone.”

Kahika says that although in this inaugural year of the quiz competition, the winners had to settle for bragging rights, the considerable enthusiasm for making the event an annual occurrence means she may need to look into introducing a physical trophy.

“As well as continuing with the quiz competition, there has also been talk of a national bingo game and other fun challenges. I think everyone – both the BPM team and the PTMs – felt a little sad when it was over, so watch this space!”