When TravelManagers’ Kellie Browning first proposed a charity golf day in 2015, she and her fellow National Partnership Office team members hoped that it would raise a little money for a worthy cause and provide friends and colleagues with a fun day out in a beautiful setting. 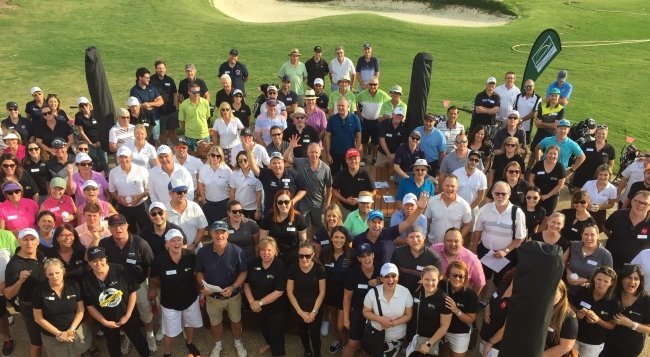 However, that initial tournament, which attracted 60 players and raised a little over $3,000 for charity, has grown in popularity and success each subsequent year, so that this year’s tournament at the Mornington Golf Club saw 104 players teeing off and more than $24,000 raised for the Love Your Sister charity.

“Cancer is a disease that touches everyone in one way or another,” explains Browning. “I lost my best friend to leukaemia the same month that I joined TravelManagers, and it prompted my husband, Stuart, and I to not sit idly by, but rather, try to make a difference in some small way.”

When Browning, who is one of TravelManagers’ two Business Partnership Managers for the state of Victoria, suggested holding a charity golf tournament that involved not just family and friends but also clients and suppliers, to the company’s Executive General Manager, Michael Gazal, she says the company was immediately on board with the idea.

“TravelManagers has such a unique, generous culture and is a company that wants to make a real difference,” says Browning. “Their caring and positive mindset comes from the top and flows throughout the company.” 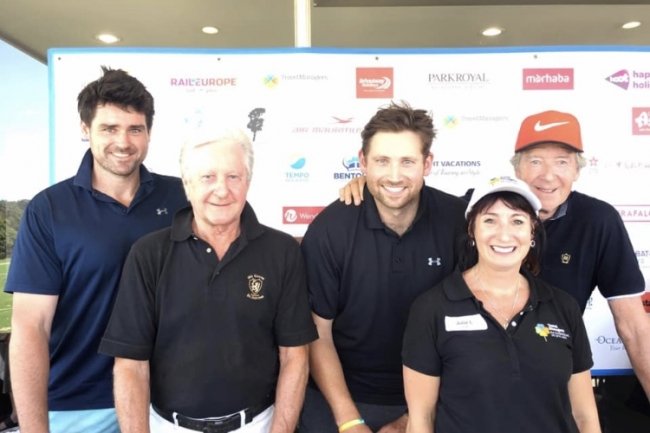 Support for the day is not just limited to participants who turn up to play a round of golf: Browning says suppliers are exceedingly generous in their support of the day, providing a range of prizes from air tickets to bottles of champagne, as well as sponsoring a barista coffee cart, bacon and egg breakfasts and gourmet barbecue lunches for all participants.

“We’ve had some wonderful, positive feedback from our partner suppliers,” Browning says. “They look forward to the day each year and many have already asked to be included in next year’s event. It’s very satisfying to know we’re running an event that is doing a lot of good but is also a lot of fun.”

“What a fantastic day it was, and an amazing outcome” agrees Ines Iniesta from Insight Vacations, which sponsored one of the drinks stations. “It’s a great charity and I am so glad that we could help out – we are already looking forward to next year!”

With more than 100 golfers taking place this year, including personal travel managers (PTMs), clients and partner suppliers, Browning says they were conscious of the need to keep everyone fuelled for their time on the course.

“Our solution was to position suppliers at every second hole around the course. They set up individually-themed drinks stations and sold a range of refreshments that were in keeping with the travel theme, including French champagne, Mexican beer and Australia water.  It kept everyone hydrated and happy, and served as another fundraising channel.” 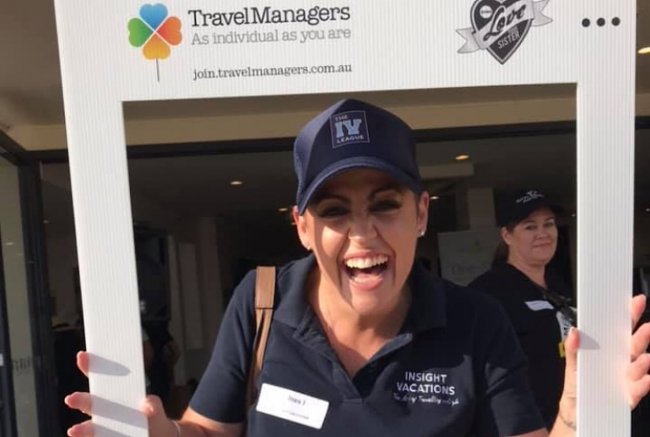 They were also tasked with selling as many raffle tickets as possible – a task that Browning describes as “an easy sell”, given the nature of the prizes.

“First prize in the raffle was economy class tickets for two to Europe, while second prize was an eight-night stay in Phuket and third prize was a Bali holiday,” Browning explains.

As well as the raffle, prizes were also handed out to the player with the longest drive, shot nearest the pin and the overall winning team.

”A team comprised of TravelManagers’ clients, who called themselves The Leopards, were the top team this year, taking home new golf bags donated by Drummond Golf,” Browning reports. “It was to be a bright moment before a heart-breaking time for three members of the team who suffered the loss of their Tonimbuk family home in the Bunyip State Park bush fires bush fires just two days later.”

The event has been partnered with the Love Your Sister charity since 2017 and Browning proudly reports that a total of $50,000 has now been raised for the charity over the past three years. “Love Your Sister was set up by Samuel Johnson and his much-loved, late sister, Connie: it supports the funding of both general cancer research and the Connie Johnson Breast Cancer laboratory at the Garvan Research Foundation,” says Browning. “I met Samuel at a travel event, and when I subsequently explained the culture of our company and the concept of our golf day, he loved the sound of it and has been absolutely thrilled with the results.”

Always with an eye on improving the event and raising even more money next year, Browning says she and her TravelManagers colleagues have a few ideas for tweaking the concept in 2020.

“One of our PTMs has played in every tournament since we began in 2014, and several suppliers have played in all but one,” says Browning, “so we know we’re on the right track.”

“It’s a privilege to work for an organization that allows you to explore different opportunities and support causes that are close to the heart.”