Ever thought twice about packing a certain item in your carry-on luggage, because you’re not sure it will make it past airport security?

From regulations around sporting equipment, to e-cigarettes, to cremated human remains, a leading travel insurance specialist reveals the most surprising rules around carry-on luggage in Australia that you may not know about.

“Australian airlines have a plethora of hand luggage restrictions that can be tricky for Australian travelers to adhere to, especially if they are taking all their travel belonging on in their carry-on luggage,” Jonathan Etkind, spokesperson at Australian travel insurer InsureandGo said.

“Not only do passengers need to be wary of bringing a bag that weighs more than the maximum allowed limit, as this can result in additional fees, but they also need to know what items they are not permitted to take on the plane. 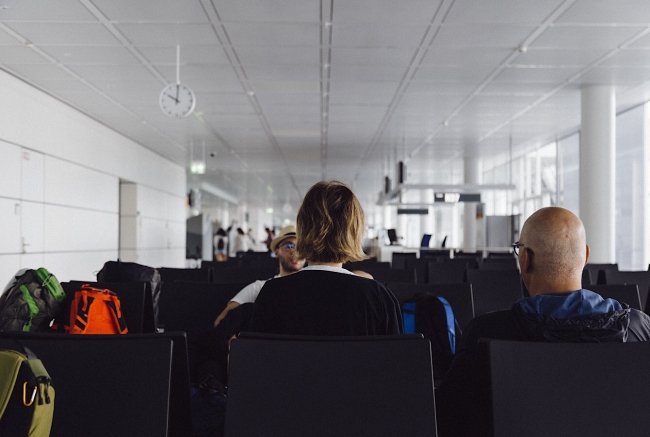 “For instance, we encourage people to be extra cautious when travelling with high-value items, such as jewellery, mobile phones, cameras, video cameras or laptops. These items generally will not be covered by travel insurance if they are transported in the cargo hold of any aircraft, ship, train, tram or bus.

“If these items are with you in your carry-on luggage, however, you can get cover on them. For instance, InsureandGo will pay up to $3000 for laptops, computers, cameras and mobile phones, as well as provide cover for unspecified single items worth up to $750 in value.

“It’s important to keep in mind that airline and airport baggage rules may change, however, so always check with your carrier before travelling.”

InsureandGo reveals 10 surprising rules around carry-on luggage, when travelling within or from Australia: 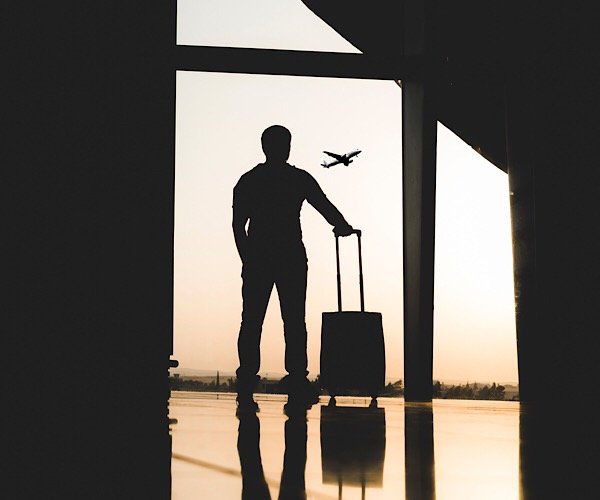 1.       Don’t be fooled: Your handbag, coat and laptop bag will be part of your carry-on luggage limits on certain airlines.

If you think your weekender bag was the only piece that counted as carry-on luggage, think again. When bringing a handbag or another personal item, such as a laptop bag, a small camera, or even a blanket or overcoat, these items will likely count towards your carry-on weight allowance on budget airlines, but will be excluded in your hand luggage allowance on full-service airlines.

2.       High-value items are only covered when they are in your hand luggage.

Always keep valuable items, such as laptops and cameras, in your carry-on luggage, as travel insurers generally do not provide cover for these items if they are transported in the cargo hold of any aircraft, ship, train, tram or bus. You will only be covered for such items in your check-in luggage if airport security forced you to transfer them from your carryon to the cargo hold, and they got damaged.

3.       If you need to take e-cigarettes or other vaping devices, ensure that they are in your carry-on.

As e-cigarettes and other vaping devices use high-discharge lithium batteries, which could be at risk of igniting due to overheating, they must be packed in carry-on luggage only. Batteries that are not installed in a device should also be in your carry-on luggage and be protected from short circuiting by being placed in their original retail packaging, a sturdy container, or another type of protective material. Your travel insurer will not cover you for any mechanical or electrical breakdown that occurs due to leaking powder or fluid carried within your check in baggage, so it’s important that these devices are always in your carry-on.

4.       There are no limits on liquids and powders in your carry on, when flying domestically.

When flying within Australia, there are no restrictions on the quantity of powders, liquids, aerosols and gels you can bring on-board, provided it meets your carry-on size and weight limits. There are only limits on these items if you are travelling domestically and departing from an international terminal. In these scenarios, all aerosol deodorants, hair sprays or shaving gels must have a fitted cap or locking device.

5.       You cannot carry more than 100mL of liquid on an international flight out of Australia, even if the contents of the bottle are partially filled. 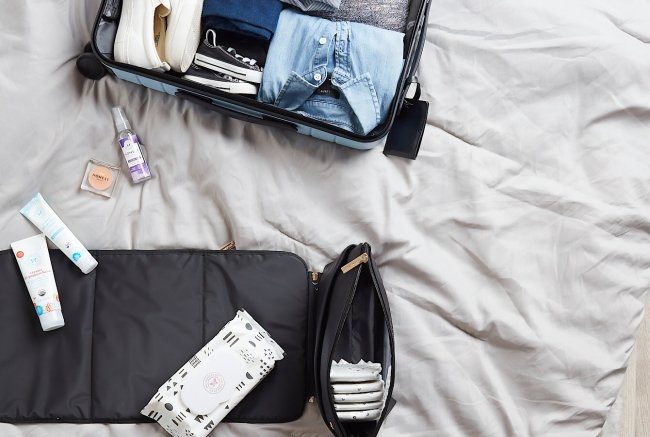 6.       You can carry onboard cremated human remains.

If you have official documentation from the crematorium confirming the contents, you can bring ashes as carry-on baggage on some major Australian airlines. The container used to hold the ashes must be free from contaminants, such as soil, and sealed properly to avoid risk of accidental spillage.

7.       Baby formula, hypodermic needles and certain medicines are allowed in your carry-on if you need them mid-flight – as long as they are accompanied by medical proof.

Given that you have a doctor’s note explaining why you need certain medicines or medical items, you can bring them onboard if you need them during the flight. This includes baby formula, prescription and non-prescription medicines (including special dietary products) and medical items, such adrenalin auto injectors, in the case of allergic reactions, and hypodermic needles, to deliver insulin for diabetics.

8.       Larger musical instruments are permitted, and you can even buy a seat for them.

Larger musical instruments, such as a cello or guitar, and other large items, such as artworks, can be brought onto Australian aircrafts as carry-on luggage. If they are classified as bulky items, you may have to purchase an extra seat a seat for them and notify the airline that the seat is for a bulky item. If you would rather check them in, some airlines allow you to purchase one additional piece of checked-in luggage in advance for a fee.

9.       You can fly with certain recreational, sporting and petrol-powered equipment.

Luckily for sports and adventure enthusiasts, your equipment can be brought in as part of your carry-on allowance. For instance, most Australian airlines will allow footballs and basketballs to be carried in the cabin, providing they are partially or fully deflated. Racquets used in squash, tennis and badminton are also allowed in your carry-on. In some circumstances, you can also carry avalanche rescue backpacks, camping stoves, and even a heat producing device, such as an underwater diving lamp. However, on some major airlines, you must obtain airline approval for these goods before flying by submitting a request online.

There are even sharp objects you can bring in your hand luggage allowance, such as knitting and crochet needles, umbrellas and safety razors. Pointed metal nail files are also allowed when flying in or out of Australia. However, pointed metal scissors, including manicure scissors and scissors with blades more than 6cm long, are prohibited in your carry-on.