A claim for nearly a quarter of a million dollars for lung illnesses and a $100k-plus request for a bout of chest pains were among the highest five claims made to travel insurance provider InsureandGo in 2017.

After crunching numbers over claims made last year, the online insurance firm found the largest claim to be a $223,255 bill for Western Australia-based Jeffrey Yates, who was treated for several illnesses including legionnaire’s disease, pneumonia and emphysema while celebrating his 50th wedding anniversary in Italy.

Ironically, the 71-year-old WA man had originally taken out insurance mainly for his wife. 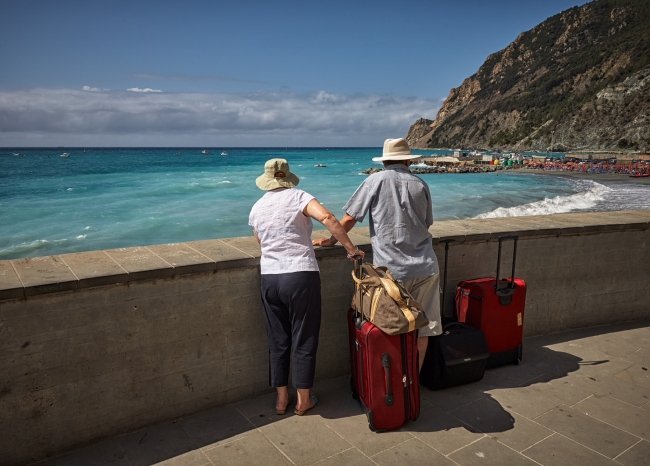 A couple in Italy

“We had travelled over with friends to celebrate our anniversary but less than a week in I started experiencing problems and was admitted to hospital,” Mr Yates said.

“The experience was quite scary and my wife and our two friends had to leave the cruise early to assist during my recovery.

“Although thankfully the whole incident was covered by my policy and was organised seamlessly to ensure that I had the care I needed.

“Knowing that I have this care available to me if I’ve purchased travel insurance gives me the peace of mind I need to embark on my next adventure.”

The next highest claim, of $150,103, related to spinal injury caused by a fall down some steps in China.

“Looking back at 2017, we saw a range of medical emergencies top our list of claims for what may be low cost incidents when in Australia,” InsureandGo general manager Raphael Bandeira said.

“However, these can easily balloon while overseas when factoring in costs such as repatriation, medical expenses and flights for family members to accompany ill travellers.”

“When you have claims that are more than three times the deposit of an average house in Sydney, it’s no laughing matter.

“Despite the high value of these claims, it’s encouraging to see that these travellers were able to get the medical assistance they needed and weren’t liable for these costs.”

The five biggest overseas claims of the year were:

1.  Multiple illnesses – $223,255 (71-year-old Jeffrey Yates was treated for legionnaires, pneumonia and emphysema while travelling in Italy)

2.  Spinal injury due to fall – $150,103 (a 76-year-old man was admitted to hospital after slipping on steps while holidaying in China, resulting in a spinal injury)

3.  Multiple illnesses – $144,829 (a 75-year-old man was admitted to hospital with multiple illnesses including acute cystitis, pyelonephritis, URTI, bronchitis, pneumonia, urinary incontinence and a UTI while holidaying in Indonesia)

5.  Chest Pains – $104,935(a 70-year-old man was admitted to hospital in Chile for chest pains which resulted in a two-day stint in hospital)