A unique view from a bridge

I’m lying in bed, absent-mindedly gazing out of the widow, when I first spot the crocodile.

He’s sunning himself on a sandbank, lapping up the early rays of an African morning.

Now normally the sight of such a prehistoric predator would be some cause for alarm. But I’m perfectly safe as I’m in my hotel room some 20 metres above the Sabie River. 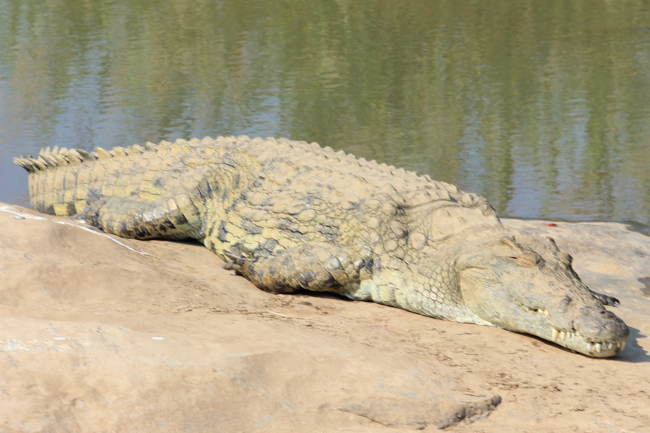 I’m in the Kruger National Park in South Africa at one of the most ingenious and memorable hotels I’ve had the privilege of staying in.

It’s called Kruger Shalati, the Train on the Bridge, a collection of railway carriages that have been converted into luxury accommodation.

Trains haven’t rattled down these tracks since the 1970s but an enterprising group of local business people spotted an opportunity and spent four years getting it, quite literally, off the ground. It opened in 2020 and has earned rave reviews from visitors all around the world. 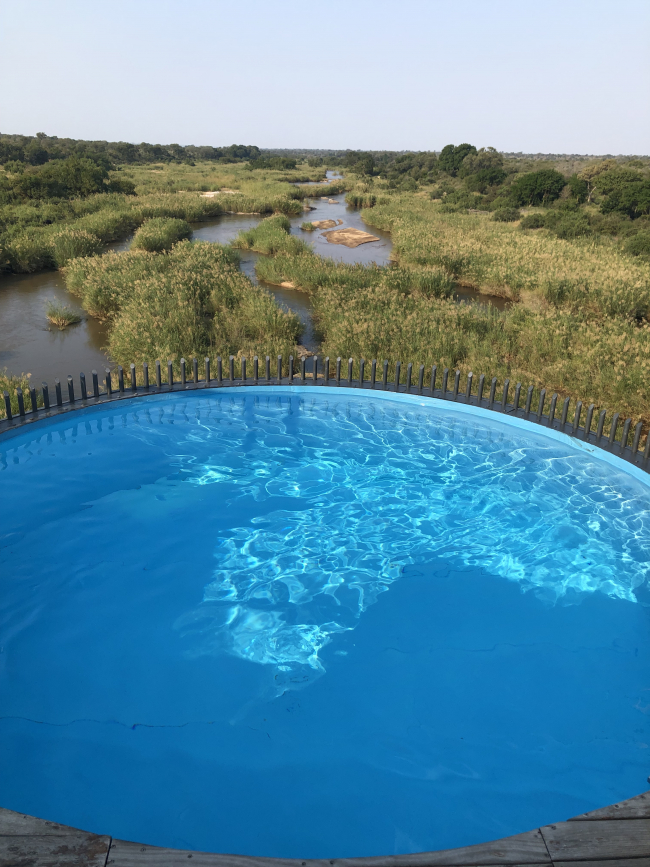 “To finally see it come alive and to see how proud the staff are to be here gives me goosebumps,” says Judiet Barnes, who came up with the idea originally.

There are 12 carriages on the bridge and Judiet tells me they were looking for something authentic.

“These are old South African Rail carriages from the 1950s. We found them in a yard where old trains go to die and stripped and refurbished them.”

It took nine months to complete the first carriage, thanks to a COVID delay. But the wait was certainly worth it because the craftsmanship and detail is remarkable. 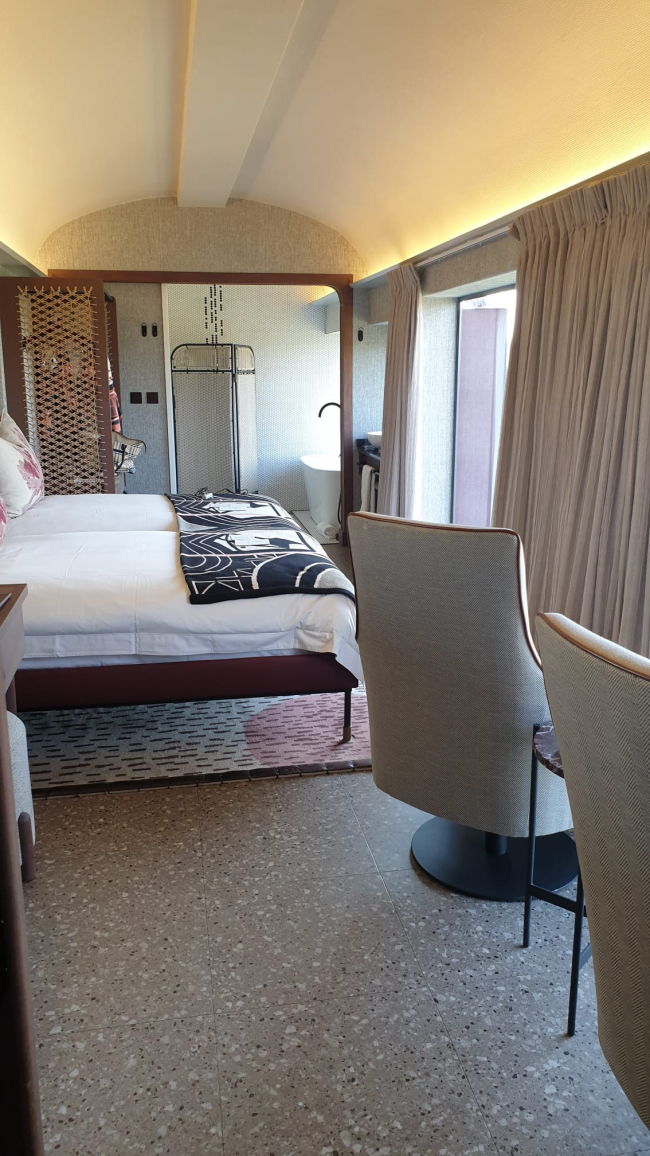 Climbing the steps into your room, it’s like boarding a train for a magical adventure. The rooms are extremely comfortable and, despite being train carriage size, spacious. Occasionally they will move with the wind and with your eyes closed you can imagine you’re actually moving.

The highlight is the massive bed, which you could easily share with an elephant and from which you can gaze out of the window at the abundant wildlife frolicking below. There’s a modern bathroom with a power shower, minibar, Wi-Fi and all the comforts you’d expect from a five-star city hotel.

Dinners at the adjacent restaurant are resplendent affairs. The night we arrived a group of local singers entertained the diners and your correspondent was invited onto the dance floor to participate. Truth be told, John Travolta has nothing to worry about...

Probably the most photographed section of Kruger Shalati is the central pool. You can cool off after your three-hour game drive and just gaze out over the African bush and the muddy brown river below, which apparently flows all the way to Mozambique. 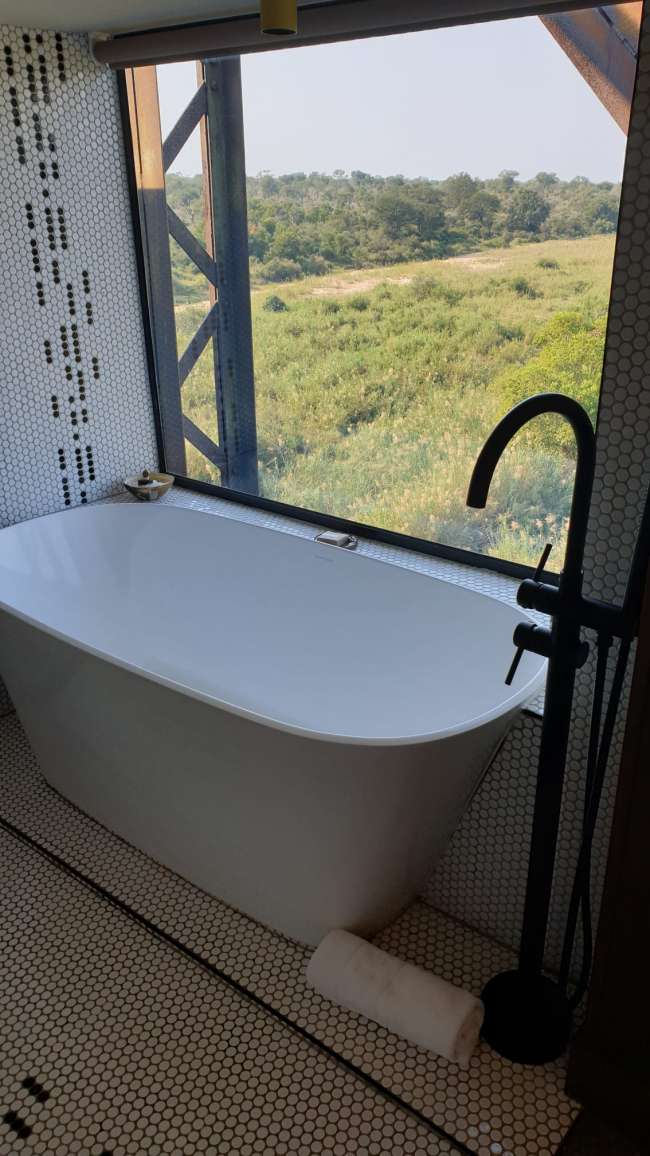 Apart from the afore-mentioned crocodile, you’ll see hippos, elephants, buffalo and all manner of critters.

During a game drive we stop for sundowners on a bridge and just after we’ve packed up and boarded our vehicles, a lioness calmly walks across said bridge. Not sure what would have happened if she'd arrived 10 minutes earlier but there you go...

Africa is memorable for many reasons. With Kruger Shalati, the Train on the Bridge, there’s now even more reason to come here.