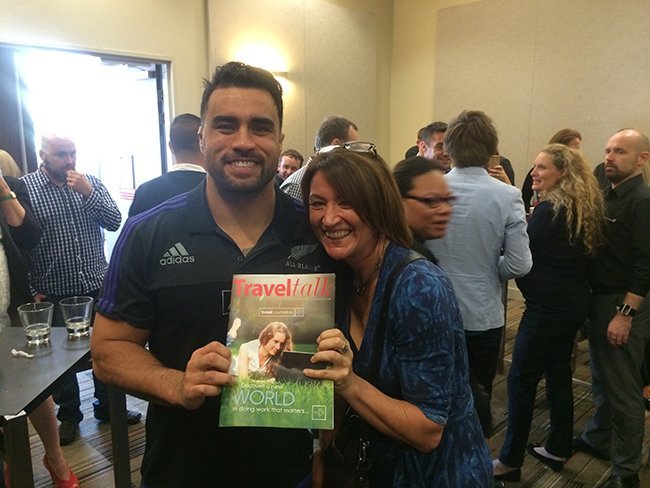 Ahead of their Bledisloe Cup match against the Wallabies tomorrow night, a few of the All Blacks treated a group of lucky guests to some great Kiwi fun and light breakfast banter.

Stories like who sits on the "back seat" of the bus – the more experienced old hands are back there whilst the rookies are up front. Newest (and hairiest) All Black Joe joked that he practically drives the bus!

No drinking is allowed before the games, which is obviously a strict rule but after the match it’s an entirely different story.

And apparently, the Haka isn't so easy to learn either. Joe admitted he spent a whole weekend watching YouTube clips to try and perfect the moves. Liam revealed he's been practicing in front of the mirror since he was a boy.

When asked which is his favourite Air New Zealand destination, Dan Carter (the David Beckham of the team and also widely touted as the best player in the world) didn't hesitate and named Taupo as his favourite haunt.

There was a relaxed and confident mood among the three New Zealand superstars ahead of tomorrow’s match. The All Blacks hold high hopes of smashing the Wallabies.