Give your soul a stir

Abercrombie & Kent have revealed their much-anticipated hot list for the year ahead. These are their predictions for destinations which are up-and-coming, exotic, undiscovered and guaranteed to stir the soul. 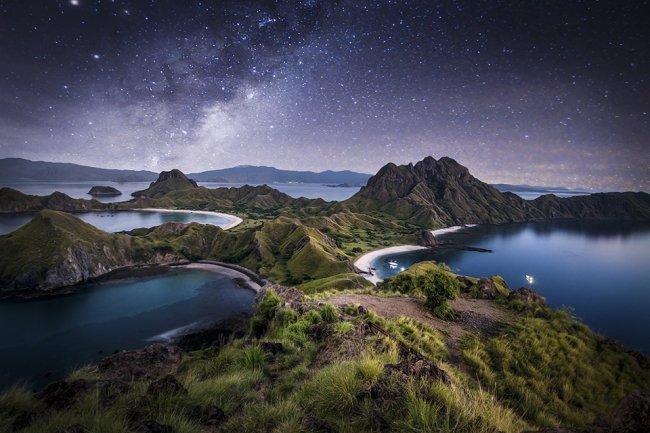 "A&K's network of travel experts is the most extensive in the world, with over 55 offices in more than 30 countries and 2,500 staff who live and breathe luxury travel,” said Sujata Raman, Regional Managing Director Asia/Australasia.

“Collectively, they have singled out these unusual and unique destinations which every discerning adventurer will want to know about."

With an economy based on oil, Azerbaijan in the South Caucasus may seem an unlikely place for luxe wanderings. But this energy-rich nation on the Caspian Sea is a surprise package.

Located on the divide between Europe and Asia, it has a 5,000-year-old history and a heritage variously influenced by the Russian, Turkish and Persian empires.

Its cosmopolitan capital Baku is a striking contrast of old and new, where locals play chess in cobblestone laneways against a backdrop of the city's famous futuristic flame towers. The birthplace of voodoo, Benin is steeped in a rich and complex history of glorious kingdoms, slavery and colonialism.

Voodoo is still widely practiced throughout the country and travellers can witness colourful ceremonies where feverish drumming and highly charged dancing by costumed fetish priests provide a bewitching encounter.

Fishermen in remote villages still practice age-old techniques and the ‘Slave Coast’ is a haunting reminder of a dark past.

Dramatic year-round, Finland in Europe's far north is a land of lakes, mountains and forests with a vigorous sauna culture.

Expect endless daylight in the summer months and long winter nights when the Northern Lights are at their most dazzling.

The vibrant capital Helsinki is a harbourside showcase of modern architecture and design with world standard museums and galleries, architectural masterpieces and an 18th century sea fortress. 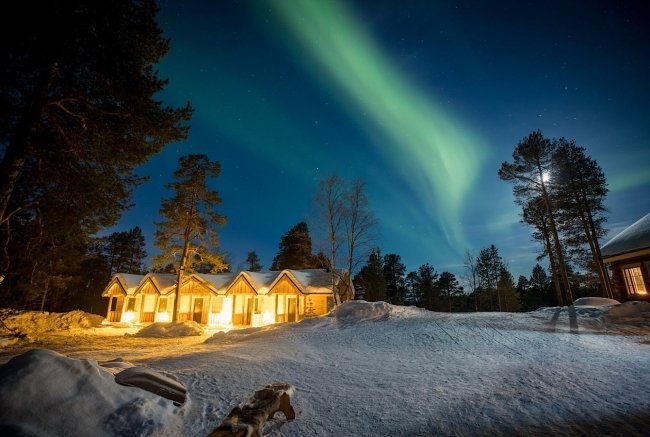 Remote and unspoiled, the crystal-clear waters of Eastern Indonesia harbour some of the world's finest marine life and underwater treasures.

Hordes of volcanic islands spread across the aqua blue waters of the Flores and Banda Seas play host to some of the most spectacular coastal terrain on Earth and soft sandy beaches to match.

Middle Eastern hospitality doesn't come much better than in Jordan. Add to that some of the world's most famous archaeological sites and it's easy to see why it's considered one of the region's star attractions.

In a country with a 4,000-year-old history and biblical references aplenty there's no shortage of attractions.

At the top of the list, with undisputed celebrity status and worthy World Heritage recognition is Petra, but there's much more once you delve deeper – crusader castles, mineral-laden waters, ancient Roman ruins, dramatic desert landscapes and vibrant cuisine.

A&K's seven-day private journey ‘Highlights of Jordan’ is priced from $5,195 per person. 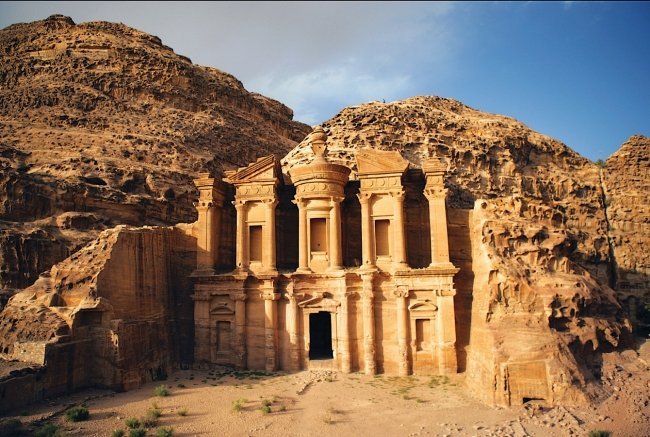 Heavily influenced by the many civilisations which have contested and ruled its archipelago, Malta and its sister island Gozo together claim more than 6,500 years of history with one of the world's greatest concentrations of historical sites.

Each conquering power has left its mark, from Arabic town names to British food, Greek superstitions and Roman Catholicism.

One of the least densely populated countries on Earth, Namibia is a vast landscape of shimmering salt pans, red dunes, oceans and coastlines, with unforgettable sunsets and abundant wildlife.

Hugging the southwest coast of Africa where the red sands of the world's oldest desert meet the azure waters of the Atlantic Ocean, Namibia is an unexpected surprise.

New lodges, like Shipwreck Lodge on the Skeleton Coast, have opened to broaden the already luxe offering. 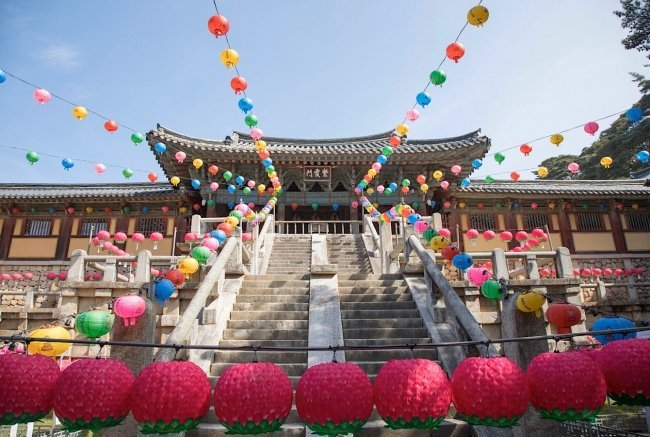 A relative newcomer to the luxury travel scene, South Korea is a surprise package known as much for its street food and high-speed internet as it is for its heavily militarised border.

Hip and edgy, the capital Seoul is a dynamic city where new meets old and pop culture is alive and well.

It also has first-rate museums, absorbing local customs, flavoursome culinary delights, and the scenery throughout the country is utterly picturesque.

Tasmania is known for its walking adventures and this is one of the newest. Aboriginal owned and operated, the four-day Wukalina Walk reveals the memorable Bay of Fires region in the state's northeast from the unique Palawa (Tasmanian aboriginal) perspective. 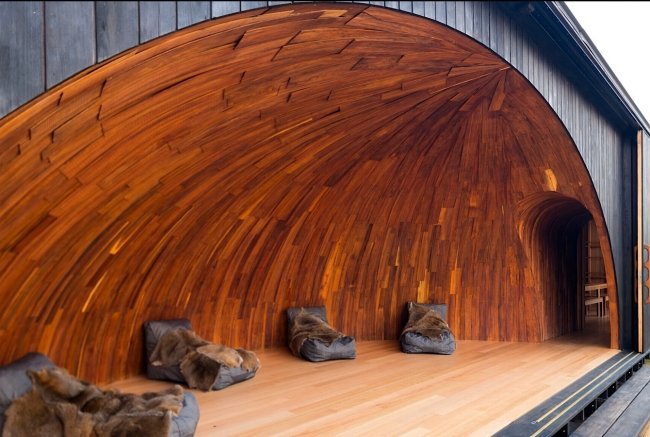 Hiking in the footsteps of their traditional people, Palawa guides and elders relate first-hand the Palawa creation story, allowing guests to participate in cultural practices that have been passed down for generations.

Off the radar for many years, Zimbabwe is back with a flourish and in recognition A&K has opened its 11th African office there.

The country has some of the continent's most impressive national parks where varied species roam and a top-notch selection of small-scale luxury safari camps and lodges await.

It boasts one of the world's great rivers, inspiring landscapes from acacia woodlands and riverine plains to primeval escarpments and granite-studded hills, and it's also home to the largest waterfall in the world, Victoria Falls. 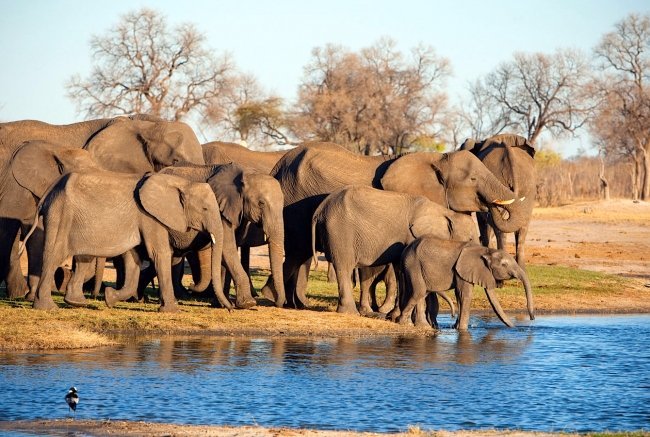