Close encounters of the memorable kind

A chance meeting on a street tour leads Traveltalk’s JON UNDERWOOD to a remarkable encounter with a remarkable lady.

People often ask me what the best part of my job is and my answer is always the same. It’s discovering parts of the world that you probably would never have uncovered by yourself.

For me, it is these unexpected and occasionally emotional revelations that make travel such a worthwhile pursuit, enriching not only your mind but often your soul.

It may seem strange to say this, given the popular perception of the city, but one such experience just happened to me in Bangkok. 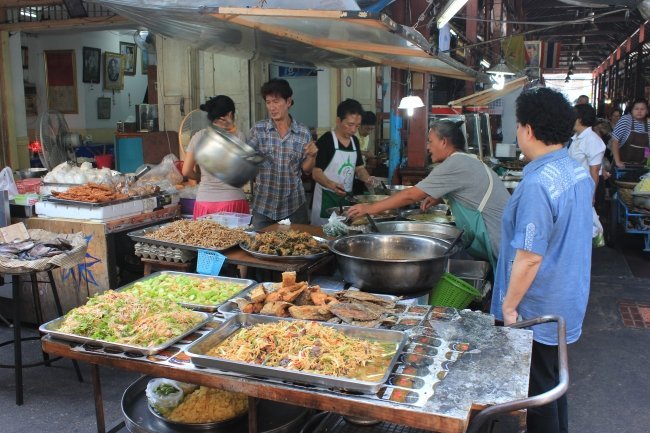 I had been invited to do a street food tour with a local company called HiveSters (more on them later) which would take me deep into the heart of the Nang Loeng community. Founded more than 100 years ago, this was once the entertainment centre of Bangkok, where the first theatre in Thailand showed silent movies and opium dens were popular, along with the local brothels.

The urban sprawl that engulfed the surrounding area and a lack of parking spaces saw NL largely forgotten, although local workers call into the street market that still exists here for their lunchtime treats. The theatre is still standing but derelict, so the market is the centrepiece of the HiveSters tour...and it was here that I met Hong. 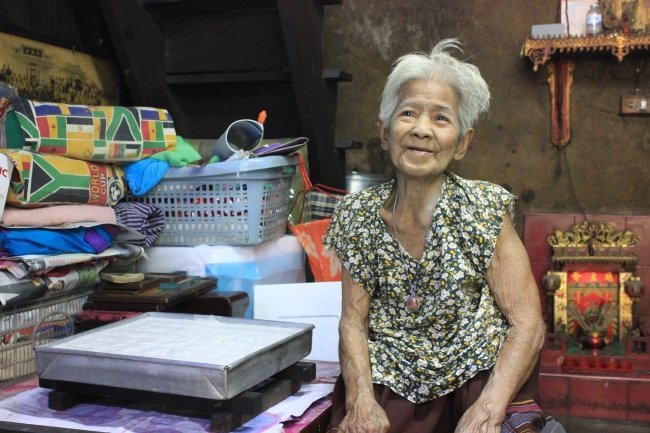 Hong in her home

She still cooks her delicious desserts using a traditional charcoal method and the walls of her small home are black with smoke residue. Given this environment, it seems miraculous that she’s made it to 89, yet her eyes are bright as buttons and she has a smile that would melt an iceberg. She is the fourth generation to run the family market stall and proudly says that she only uses the best ingredient and no chemicals.

While the sweet treats bubbled and boiled away in the back room, I perched on a tiny wooden stool and listened to Hong tell stories about her life, which has been spent entirely in NL. As she spoke, it was as though I was part of this small community, albeit for a fleeting moment. Experiential tourism is the new black in travel and it doesn’t get any better than this. It’s for people like Hong that HiveSters began their food tours and similar excursions promising ‘real Thai experiences’. Small communities like this are in danger from the constant threat of commercial development, but to lose them would be to lose the very heartbeat and essence of the city. Through these tours, HiveSters pump much needed cash into the pockets of the locals, thereby trying to ensure their survival and, almost as importantly, their traditions.

On the tour, you not only get to try the street food, which is as appetising as it is ridiculously cheap, but you get to meet the people who cook it and all-too-briefly spend a moment in their lives. There’s genuine pride and love in the cooking skills they have mastered or that have been passed down through the generations. 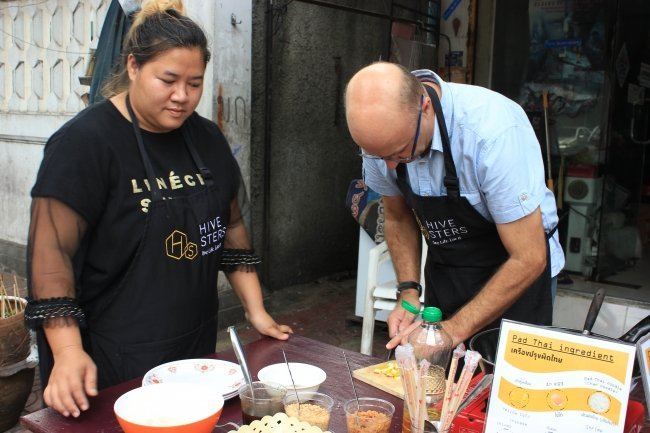 My trip ended with a cooking lesson in how to make the perfect pad Thai from Meow, a popular street vendor who plies her trade on the edge of NL. When she cheekily said my version was better than hers (great PR), it capped off a perfect morning. (Game of Thrones fans will be delighted to know that Nikolaj Coster-Waldau also did this tour and features on the HiveSters website)

You can have all the swanky rooftop bars, expensive restaurants and glitzy shopping malls you want, but it’s the people in a city that count and I’ll never forget the short time I spent on the streets of Nang Loeng. It was both a pleasure and a privilege – and that’s exactly what travel should be.