Famil Review: Here's What I Got Out of Africa

ANNI BAILLIEU from Moss Vale Cruise and Travel in New South Wales – a member of the Travellers Choice network – visited Tanzania recently as a guest of Africa Safari Co. Here are a few of her insights into two of Africa’s most celebrated game parks.

THE SERENGETI and the Maasai Mara are arguably the best known of Africa’s game parks and, not surprisingly, both are frequently requested by first time travellers to the continent.

Each are rich in species diversity and sheer volume of wildlife, but in reality they are one place – that means you could well be seeing the same wildebeest or zebra in Kenya that you saw in Tanzania! 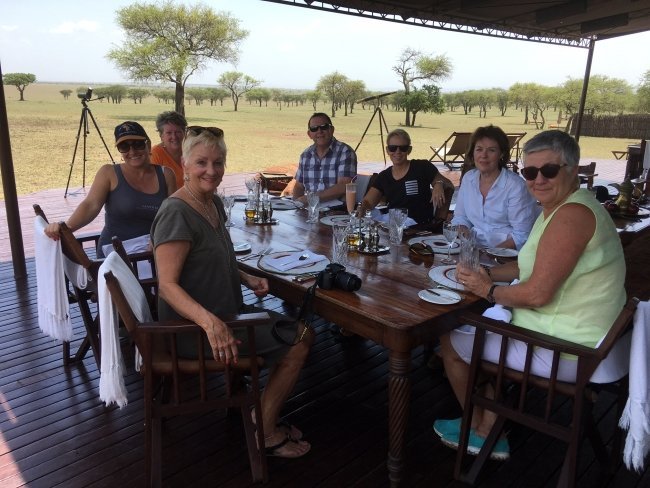 ANNI BAILLIEU (second from right) with her travelling party

An estimated three million animals make the annual migration between the two countries and on a recent visit to Tanzania we stayed in some magical camps that allow the most privileged of travellers to witness this irresistible movement of wildlife.

In Tanzania, we flew in from Arusha to the Singita Grumeti strip, with its beautiful tented ‘airport’ terminal, and felt akin to royalty as we were driven to the first camp.

The Serengeti Grumeti Conservancy of 160,000 hectares has been transformed from a poacher’s wasteland into a safari jewel and guests, through the high tariffs they pay, are contributing to the work of re-establishing the ecosystem, local education and the reintroduction of species such as the wild dog.

Singita offers five luxury accommodation options in Grumeti, including two stylish camps, a private retreat and two lodges. We were lucky enough to experience two of these. 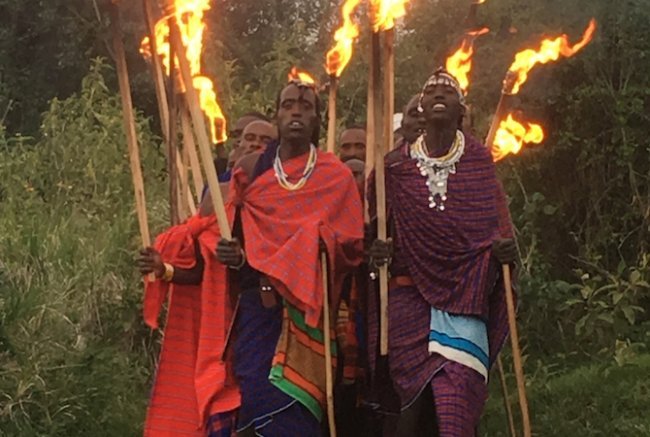 We stayed at the Singita Sabora Tented Camp, which was for me the ultimate safari experience. The tents, decorated with ‘campaign’ furniture and romantically netted beds, each offered large sitting rooms and inside/outside bathrooms.

Showering under the stars in the African wilderness and sleeping with the sounds of animals moving and grazing close by is to feel a part of the environment. During the migration months the animals move en masse through this landscape.

For those who want to be a little removed from the action, the hilltop Singita Sasakwa is a luxurious option. The Lodge has one- and two-bedroom stone cottages built on the escarpment edge, with their own plunge pools. As you sit immersed in your bathroom bubbles, the only distraction is the intrusion of monkey eyes checking you out!

From the terraces that wrap around the Lodge the view over the Central Serengeti plains is one that an eagle would envy. We enjoyed a walking safari from the Lodge and identified some of the ‘Little Five’ while keeping a respectful distance from the elephants who could smell us on the wind. Others enjoyed the spa, the infinity pool and just relaxing in this spectacular eyrie. 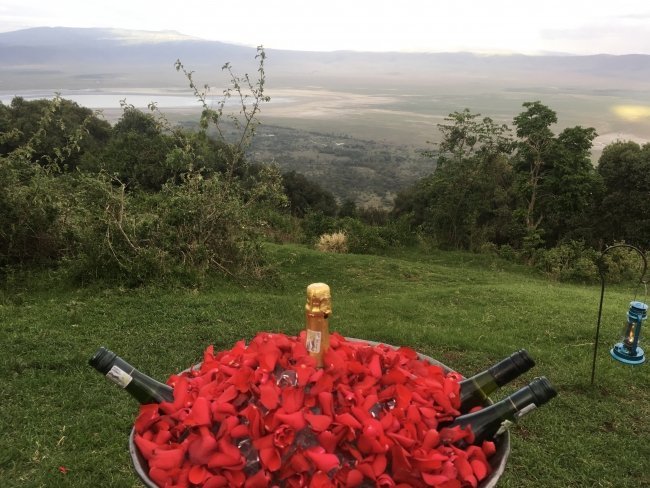 We returned to Arusha via the Ngorongoro Crater (a relaxed half-day journey). The crater usually suffers from too many visitors, but it is one of the most spectacular locations in the world and should be included in a Tanzanian safari.

We stayed at the Crater Lodge which is an eclectic mix of Italian/African architecture, reminiscent of The Flintstones and The Addams Family – think chandeliers, dripping wax and rich plush velvets. There are other options such as the Asilia Eco Lodge that may not have the renowned view but will be less damaging to the wallet.

But where in the world can you sit, champagne-in-hand, on a red-blanketed grass slope mesmerised by the singing and dancing of fire-carrying Maasai warriors as you look into a crater where thousands of animals are preparing for the night – it was one of the most magical experiences I have had in 35 years of travel. - Public National Parks are on-road only

- Consider direct flights between Arusha and Zanzibar for some post-safari down time.