A recent famil to Africa proved a life-changing experience for DEANNE McDONALD from Flight Centre Newton in South Australia.

Madagascar has always made me think of tropical rainforests, lush greenery and exotic wildlife.

Its mystery and isolation made it somewhere I was incredibly curious to explore. When I heard that Bench Africa were taking a group of agents to experience that beauty for themselves, I knew that was my now or never moment. 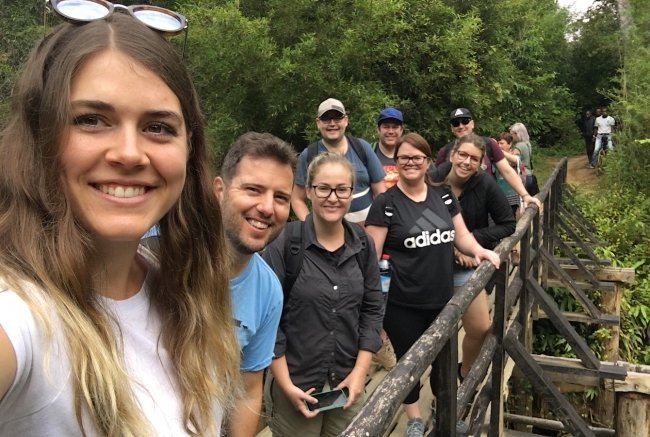 My “one day” dream was about to become a reality. I boarded my flight with an open mind and I let Madagascar show me what it was all about.

Antananarivo, widely known as Tana, is a bustling city – a hive of markets selling clothes, fruit, meat, electricals, spare parts, shoes and anything else you could imagine. Children played, kicking balls across the street in front of us as we made our way along the road.

Leaving the city behind, the real allure of the wilderness was revealed. The country has been largely cleared of rainforest, sadly, but the scenery was far from dull.

Rice paddies were stacked on every hill, next to smouldering farmland, preparing the soil for new crops. Huts and brick houses were scattered along the countryside. Zebu pulled wooden carts up the winding roads alongside us, while women walking barefoot balanced baskets on their heads. 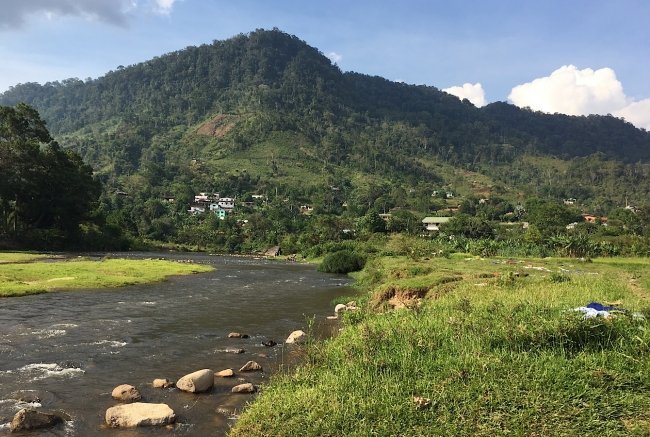 Arriving into the rainforest quite literally took my breath away. High on the mountain, we surveyed the immense jungle, watching clouds and mist hang over the canopy.

Among hundreds of lizards, snakes and beetles, many colourful chameleons were scattered around the dense rainforest. With their curled tails and extraordinary ability to camouflage, it was such a thrill to spot them in the wild.

We spent mornings hiking and tracking lemurs, watching them swing between tall trees over our heads in awe. Ring-tailed lemurs frolicked about the branches, carrying babies on their back, with their distinctive black and white tails hanging almost within arm’s reach. The Indri-Indri, (meaning “look, there!” in Malagasy) are the largest living lemur, and they do not survive in captivity. It was remarkable to be standing beneath them, watching their babies climb and jump, knowing there was nowhere else in the world we could watch the Indri play.

Our big orange bus drove through many villages and we waved to all the people busy about their day. They would look up, cracking huge grins and wave back with such spirit that kept us smiling long after they were gone.

The children, often working hard, would stare at us with wide eyed curiosity. Some would run towards us, waving and beaming. Others would stare, unblinking, watching our every move. 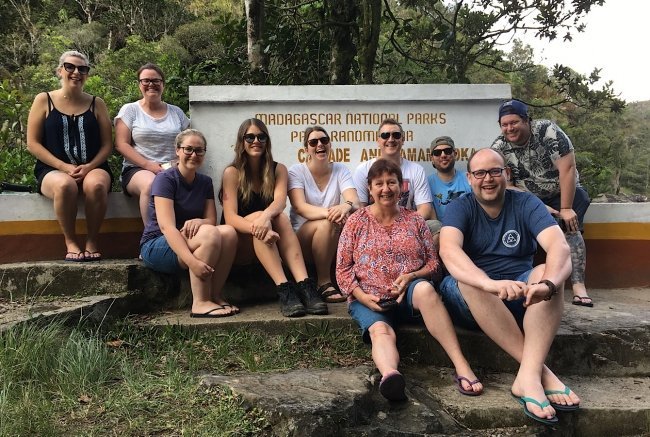 The warmth of the Malagasy people will stay with me forever. There is something incredible about meeting people who have so little and seeing how happy they are.

As I boarded my flight to depart, I knew that I was a different person to the one that landed 10 days ago. The thing about travel is that it grounds you… it makes you appreciate the simple things and smile – because you’ve realised just how lucky you are.