Five of the world’s biggest Carnivals

Mardi Gras experiences not to miss

For most Australians Mardi Gras is the annual pride parade in Sydney, but around the world Mardi Gras marks the end of the Carnival season, a period of feasting and fun that begins on 6th January in Christian culture. Mardi Gras, which literally means “Fat Tuesday” in French, is the final opportunity to indulge before the start of Lent.

Cities around the world, not just Sydney, take on the celebration in different forms, but they always involve colorful parades, huge crowds, elaborate floats, delicious feasts and all-night parties. Agoda, one of the fastest growing digital travel platforms, shares some of the best Mardi Gras experiences for merrymakers around the world. 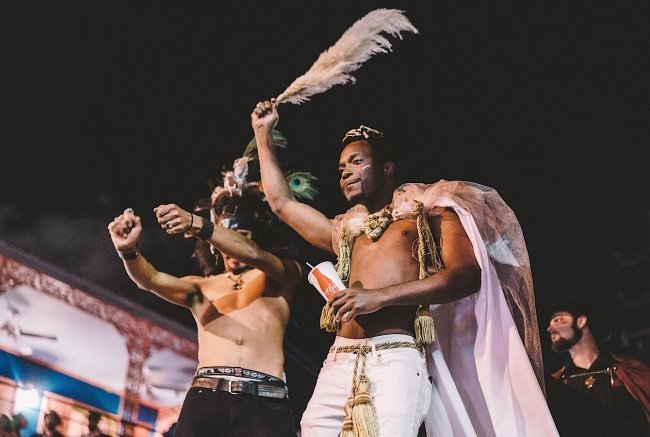 A party for all ages at New Orleans, USA

Known as "The Greatest Free Show on Earth", Mardi Gras in New Orleans is a spectacular treat of the senses. Join a raucous crowd of over a million visitors along the historic St. Charles Avenue and the Central Business District. There is no chance of staying out of the party, as onlookers are pelted with beads, trinkets, cups, doubloons (coins) and stuffed animals from float riders, a tradition that began in the 1870s and still very much alive today.

For those with young children, opt for Family Gras, just ten minutes from downtown New Orleans, to enjoy the traditional offerings of Mardi Gras parades in a more family-friendly setting.  Featuring free outdoor concerts, an arts market and a special kids’ zone, Family Gras incorporates activities like face painting and games, alongside a wide array of authentic local cuisine that is sure to suit every palette.

Where to stay: Visitors travelling in groups can choose to stay in a one or two-bedroom suite at the Vintage Central Business District Suites by Sonder. Situated in the Downtown New Orleans, the property is comfortably furnished and comes with family friendly facilities like a dishwasher, oven, coffee machine, as well as a microwave and kettle.

See the famed Venetian masks and masquerade balls in Italy

The Mardi Gras carnival in Venice lasts two weeks and is one of the largest annual celebrations in Italy. The unique event is also known globally for its exquisite masks and costumes. The festival kicks off with the two-day Festa Veneziana, a massive water parade. Each year, guests can also look forward to the Festa Delle Marie Parade, a re-enactment of a 10th century tradition where 12 Venetian girls from the poorest families were gifted magnificent jewels and costumes.

Where to stay: Check out the Hotel Al Duca Di Venezia and the Venice Times Hotel in the heart of the city. For those traveling with family or in larger groups, the Palazzo Cendon - Il Piano Nobile is a lovely apartment near popular attractions such as the Arte Daniele Lucchetta and the Chiesa di San Giobbe.

Dance along to the samba beat in Rio de Janeiro, Brazil

The Rio Carnival is one of the largest Carnivals in the world, uniting two million people per day on the streets of the seaside city of Rio de Janeiro. In the warm Brazilian climate, tourists can expect a jubilant celebration filled with sounds, colors, dances, and Brazil’s famous grilled meats. The Sambadrome Marquês de Sapucaí, an area designated for the samba school parades, is a must-visit for first-time Carnival goers. Costumed samba dancers from the top Samba schools compete and move along to Latino rhythm, putting on a spectacular show and igniting the passion and energy of the watching spectators.

Where to stay: Zii hotel Botafogo offers an ideal location for those who wish to soak in the Rio Carnival’s lively atmosphere. Situated near to Borafogo beach and Copacabana beach, the property is also perfect for those who’d love to sport a sun-kissed glow during their vacation. 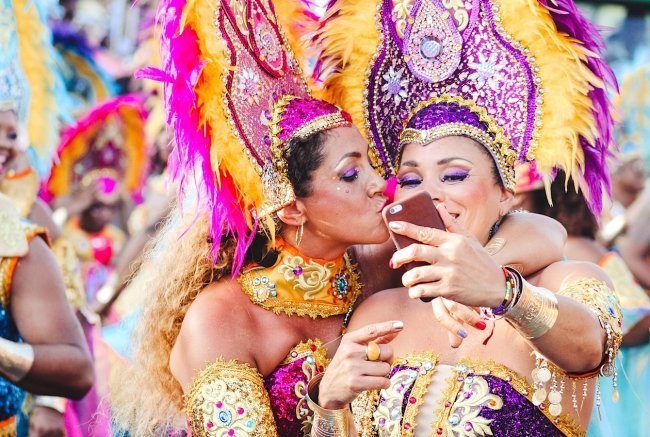 European, African and indigenous cultures collide in Barranquilla, Columbia, and Mardi Gras visitors to the city can expect to be treated to a wide variety of performances. The first day of the celebration kicks off with the Battle of Flowers, a highly anticipated six-hour parade complete with dazzling floats, music and dance, and intricate costumes. The following two days feature more street parties and parades. The celebration’s grand finale is the mock burial of “Joselito Carnaval,” a ceremonial character symbolizing the joy and life of the festival. His burial marks the end of the festive period, and he is reborn at the start of the following carnival season.

Where to stay: The Hampton by Hilton Barranquilla and the Wyndham Garden Barranquilla are both great choices when visiting the city, as they are a mere 10-minute drive away from the festival. Tourists can get up close to all the activities and at the same time enjoy unparalleled comfort.

Party the night away in Goa, India

Goa, India’s unofficial party capital has its own Mardi Gras tradition, a nod to the town’s Portuguese heritage. The four-day Mardi Gras extravaganza here features a colorful display of beautiful floats, electrifying music and dance performances, with traditional Goan theater and art mixed in. While in the quaint city, take some time out from the partying to visit the well-preserved 17th-century churches that dot the town or sample traditional Goan curries along the beach.

Where to stay: Check out Mateus Boutique Hotel for an unforgettable stay. The property is ideally situated in Panaji – one of the city's most popular locales. From here, guests can enjoy easy access to all that the lively destination has to offer.