How PDA is viewed around the world

Whether you’re travelling on honeymoon, a romantic getaway or just a regular holiday, consider your surroundings before getting too intimate with your partner.

Unbridled affection comes naturally for many people, particularly among Australians. But it’s always important to remember that attitudes towards public displays of affection (PDA) vary from region to region and country to country. 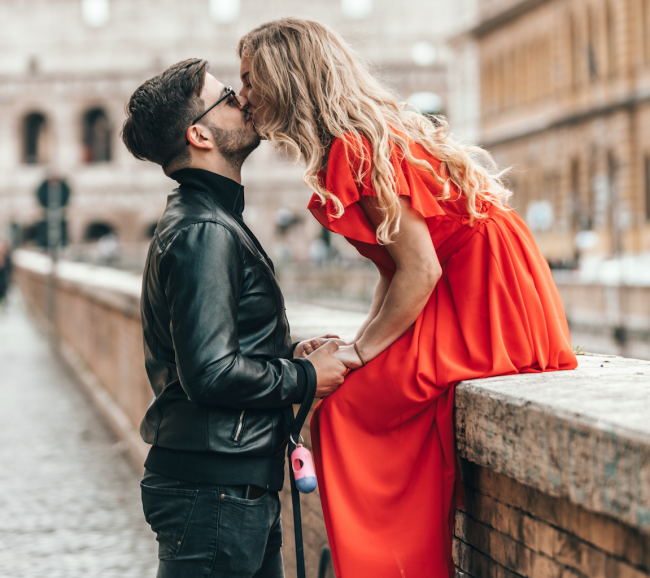 With this in mind, and with Valentine’s Day here, Travel Insurance Direct (TID) has compared views towards PDA from around the world.

If you’re heading to South America, you’ll be far from alone in displaying public affection. Here, according to TID, “it’s not unusual to see couples strewn all over the grass of parks covering each other in kisses”. During Carnival in Rio de Janeiro, attitudes are even more liberal.

In North America, tolerance for PDA is fairly high, although some states – especially in the south – hold more conservative views generally.

Likewise, in Europe, PDA is widely accepted, although in certain countries – like parts of Switzerland, Germany and the Netherlands – PDA can be frowned upon.

Africa is described as “a bit of a mixed bag”, with most places viewing PDA as taboo. However, in some countries, particularly in the south, there’s a more relaxed take on it. 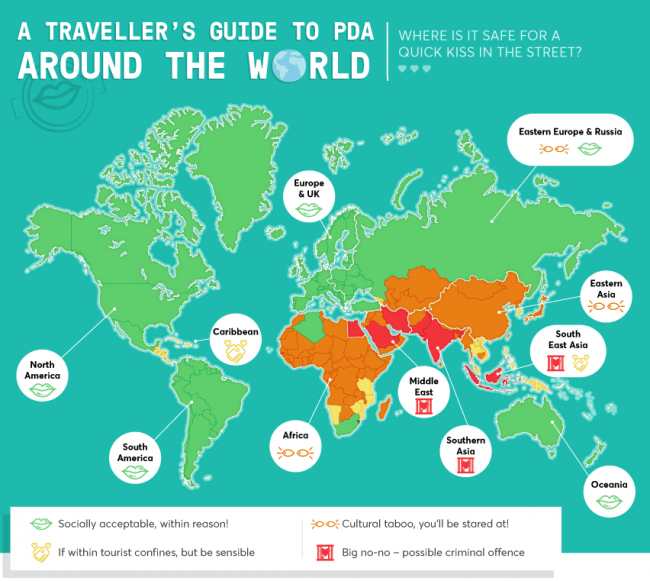 Across Asia, PDA is usually restrained. In Southeast Asia, religious views often dictate the level of acceptable public affection – and in places like temples, tourists are expected to particularly respect this. But in larger cities, PDA is more common.

In northeast Asia, such as in China and Japan, public affection is similarly frowned upon, although attitudes have relaxed a little among younger people in recent years.

In India and the Subcontinent, PDA is even more disliked, with affectionate couples sometimes open to fines.

But the strictest views on PDA are held in the Middle East, where public affection, even in more moderate and open countries like the United Arab Emirates (home to Dubai and Abu Dhabi), is commonly forbidden and can even land you in prison. So if you’re travelling to these parts, it’s best to keep your hands to yourself.

Meanwhile, across Oceania, including Australia, PDA is mostly accepted, within reason. Although some Pacific island nations, such as Tonga, Samoa and Fiji, hold more conservative views on PDA.

What has been your experience with PDA whilst travelling? Share your story.