How to avoid being robbed while you fly

Passport, credit cards, phones, tablets, laptops... Name the most valuable items with which you travel and, chances are, you’re carrying them with you when you board. But just how safe are they?

A quick squiz at the baggage carousel and the measures to which people go to ensure the security of their checked-in bags are revealed. But there is an assumption that the stuff you carry on board is safer. 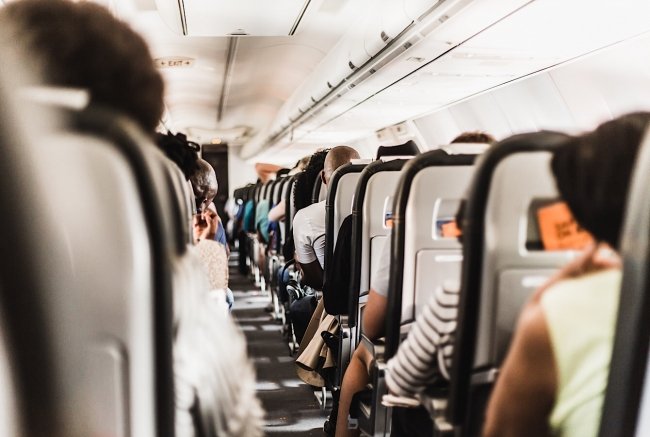 Let’s go through the boarding process of an average business traveller.

She’s just brought on board one large-ish handbag, which contains, among other things, a tablet, her phone, passport and wallet. She takes out her tablet and phone and places her bag in the overhead compartment so that she can have a bit of legroom.

Now let’s assume that in an eight hour flight, she heads to the loo three times. When she gets up, she leaves her tablet and phone in the seat pocket in front of her. She dozes off a couple of times too. Just how easy would it be for someone to take something?

A few months back, news of a syndicate of thieves operating mostly on Asian flights was reported by Travel Wire Asia.

A man travelling onboard Malaysia Airlines flight MH751 from Ho Chi Minh City to Kuala Lumpur posted on Facebook that a passenger in Business Class rummaged through his laptop bag and took money from it.

“My partner alerted me to check on my bag, and true enough it was gone,” the man wrote.

Given that there was a witness, the appropriate actions were taken by the cabin crew.

But sometimes, particularly in a darkened cabin of mostly sleeping strangers, witnesses are few and far between.

So what can you do to avoid losing your valuables when you fly?

- As nice as it is to get off the plane, just wait a bit and check that you have all your valuables.

- Keep your valuables with you always.

- Lock your carry-on as you would your check-in baggage.

Do you have any other tips?