It’s coming up to six weeks since we were Melburnians. Six weeks to acclimatise to a slightly warmer winter (what will I do with my coats?), six weeks to remember that they’re jaffles not toasties, middies not pots, potato scallops not potato cakes.

In that six weeks, people have told us again and again how lucky we were to get out before the border shut, before curfews. And they’re right of course. But I miss Melbourne for all her cliches and hidden secrets, I miss the openness of strangers, the music that wafts from garage cafes, her art (official and un-). I miss the short drive getaways to vineyards and ski-fields, mountains and hot springs.

But Melburnians can’t travel now. Limited to five kilometres unless for very valid reasons, they are stuck in a lockdown worse than before. 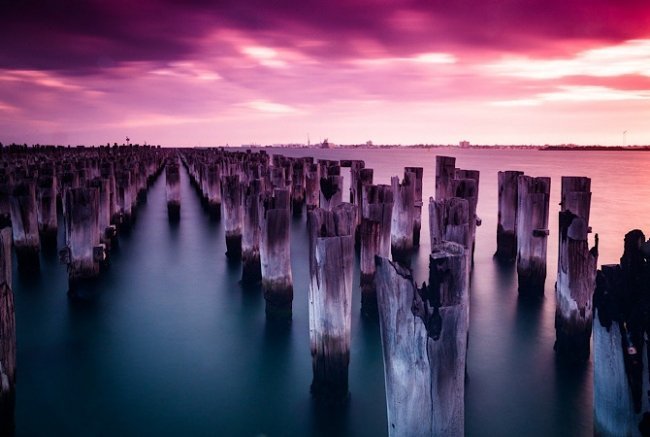 So from the rest of us, not (yet) locked down, we’re thinking of you and I personally can’t wait to revisit when it is safe to do so.

But not everyone thinks this way. COVID-19, like fluorescent lighting, shines a harsh light on who we are.

Sometimes it’s great. There are many people coming together to ensure that our neighbours are cared for and loved. They put themselves at risk to look after others. They shop for those who can’t, support small businesses and just check in with a kind word or a phone call.

Other times I’m worried we’re going to come out of this not proud of who we have become.

“Good fences make good neighbours,” wrote Robert Frost in a country now (sort of) building a wall along parts of the USA/Mexico border.

Our state borders have always seemed such a non-event. Now these borders matter against an enemy we can’t see.

But with all this talk of hard borders comes a form of Othering that is never good. We have safety zones now, we care about postcodes and suburbs and want to keep IT out. But IT can very quickly become THEM.

Travel used to be a conduit through US v THEM. It was a means of practicing empathy. Sure you can study a place’s history, try and experience its culture from afar, but it is through frequent  travel, away from our at home routines, that we can live, even for a short time, another way.

Psychologist Lile Jia at Indiana University randomly divided a few dozen undergrads into two groups, and asked each to list as many different modes of transportation as they could.

We don’t need to experience things to know them. But getting your make up done by a Berber woman in the deserts of Wadi Rum, picking strawberries in Bacchus Marsh, talking rugby with a Japanese monk, crawling through the Cu Chi tunnels, floating in the Black Sea, eating apricots from a tree in Castelfidardo, listening to a tale of heartbreak on a flight to Chicago, all of it changes you, informs you so that the Other is not so different after all.