Why are airports becoming increasingly popular with the homeless?

Think living in an airport would somehow resemble the Tom Hanks film, Terminal? Hardly. But for many homeless people in New York, the idea of overnighting at the city’s LaGuardia Airport seems more appealing than some of the housing on offer. 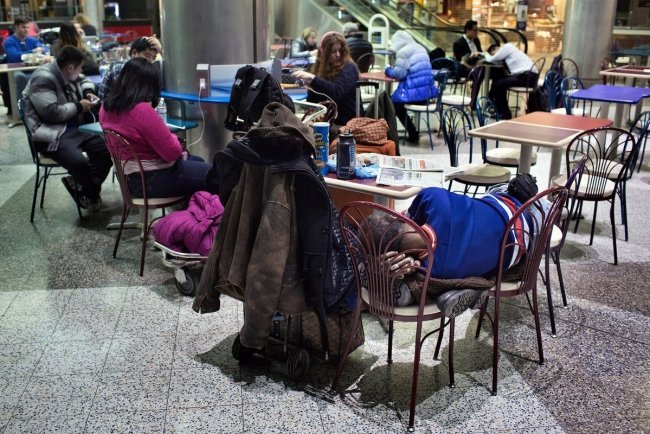 Mirroring the increase in homelessness in New York City, which has risen 13 percent since January 2014, the NYC airport has seen many of the Big Apple’s downtrodden turn to the hub to seek shelter and a respite from the severe winter, USA Today reported.

According to the paper, the airport is allowing them to stay provided no trouble arises, while some snack bars are even providing them with free food and drinks.

With the homeless often blending in among departing travellers, one man even endured 20 years at the airport, which saw some 27 million passenger movements in 2014.

How to travel on a private jet (sort of)

Can a smelly globe gimmick save Heathrow?

Meanwhile, across the pond, an increasing number of drifters are using London Heathrow airport as temporary shelter, with official figures showing more than 100 rough sleepers are “living” at the hub during winter.

Citing data released by the Greater London Authority, the London Evening Standard reported the number of homeless people using Heathrow as overnight accommodation has more than doubled in the past year and is now the highest on record.

Charities said the airport appealed to vulnerable people because it offered warmth, security and late-night facilities like coffee shops.

According to the UK Mirror, homelessness in Britain has risen 55 per cent since David Cameron became Prime Minister in 2010.