Off-piste and out of pocket: Aussies most rebellious skiers in Japan

It may not come as any surprise that Australians are the most prolific rule breakers on the ski slopes of Japan. 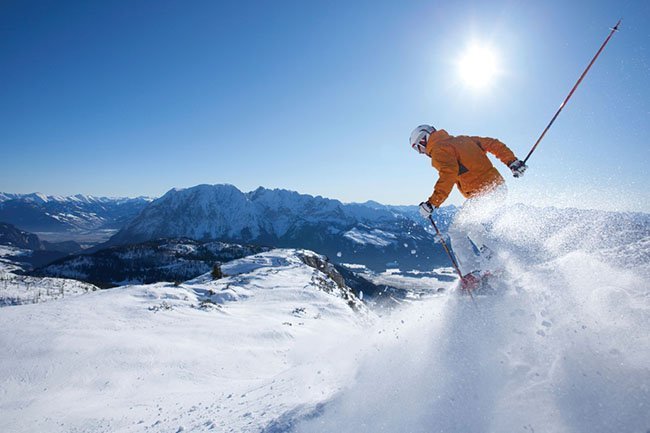 According to a new report released by INTAC, a medical assistance service for travellers in Japan, and travel insurance brand, World2Cover, 89 per cent of all search and rescue efforts in Japanese alpine areas are spent on AWOL Aussies.

Between December 2015 and April 2015, 69 rescue and assistance cases were Australian. Next in line was the United Kingdom from which only four cases were reported in this period.

Unfortunately this means that Aussie skiers pay a higher premium if travelling to ski resorts – the cost to customers requiring rescue assistance from January 1 to 3 alone this year was around $40,000 and while costs vary, recovery efforts can be billed at more than $1,100 per hour.

“Japan’s ski season is drawing nearer and we know it’s on the radar for many Aussie thrill-seekers. Obeying the slope rules and etiquette is really important for the safety of yourself and others, and equally you need to ensure that no matter what level of experience you have, you are adequately covered should anything go wrong,” he said.

Reckless or not, Japan remains a favourite ski destinations amongst Aussies. According to figures from Cheapflights, there was a 108 per cent increase in flight searches from Australia to Japan during November, which is the most popular time to book.

Sydneysiders appear to be the most passionate ski lovers with 27 per cent of all December flight searches on Cheapflights leaving from Sydney International Airport. 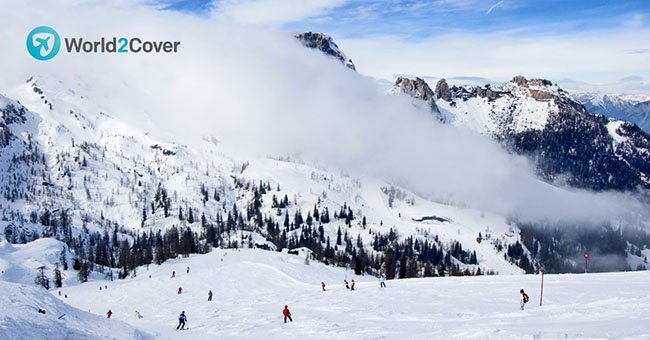 Travel insurance company, World2Cover, has revealed Aussies are the most reckless skiers in Japan For 2015/2016 Japan remains a favourite ski destination for Australians

For powder hounds heading to the Land of the Rising Sun, Cheapflights has pulled together a guide to the top five destinations to get your snow fix.

The king of Japanese ski fields, Niseko, is located in the direct path of the cold Siberian weather fronts which means powder snow is normally present from late November earlier (a month earlier than other resorts across the country). With several areas to explore, and the largest lit area in Japan, it’s ideal for night skiing and getting off-piste.

Looking for a white New Year’s Eve? The Hakuba Valley, just a three-hour train ride from downtown Tokyo, has numerous venues that throw decent New Year’s Eve bashes. Also among the more popular ski fields in Japan, Hakuba 47 and Goryu resorts boast the best terrain and the only superpipe in the area. There’s a slope for every skill level and the après ski here offers more traditional Japanese culture than other areas.

For a quick trip

Japan’s ski fields can be difficult to reach so if you’re short on time visit Yuzawa in the Niigata Prefecture, just 70 to 90 minutes from Tokyo. There are 13 ski resorts here and all are within easy reach from the bullet train station. In fact, Gala Yuzwa is the only resort in Japan with its own shinkansen bullet train station.

One of the most child-friendly resorts in Japan is Saharo resort. Based in the Hokkaido region, it has 17 trails including gentle slopes for tiny skiers. There’s even a snow escalator to make learning fun. The Club Med package here isn’t cheap, but offers a variety of great programs for kids aged two and up and the opportunity for some parent-only ski time.

The Gassan region, located in Yamagata on Japan’s main island of Honshu, receives so much snow over winter it’s inaccessible until April. Once open however, the lifts continue to run until late July transporting skiers and snowboarders to almost 1,000m of vertical terrain – ideal for more advanced visitors. The later season also means fewer people so guests enjoy clearer runs down the slopes.

To support the growing number of Australians heading to Japan for the ski season between December and March/April, World2Cover has included a ski option in their recently launched, cost-competitive Top Cover policy.