Rwanda, Botswana and wet safaris: what we’re missing out on and why we shouldn’t be

Aussies are still overlooking some top African experiences, says This is Africa boss 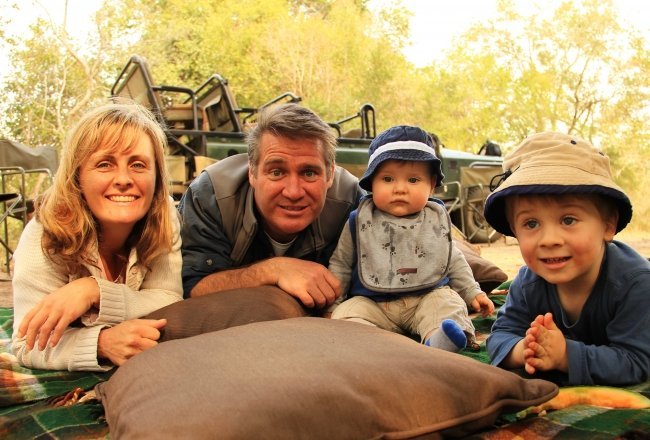 Patrick Barden started his first travel business in 2000. Following its success, he saw an opportunity to solely sell Africa, his favourite continent. Other wholesalers were diversifying, leaving the market with fewer specialist suppliers. Born out of a need for African knowledge and experience, This is Africa was launched in 2010.

Since then, This is Africa has experienced continued growth. The year to date has seen a 14 percent increase in business since last year, and of that growth 90 percent of their bookings comes from travel agents.

But in the last couple of weeks Patrick has noticed things have quietened down a bit due to the Ebola crisis in West Africa, a crisis, Patrick says, which is around 5000 kilometres from the tourist areas of east and southern Africa.

Traveltalk sat down with This is Africa managing director Patrick Barden to discuss touring Africa with an eight month old, Botswana’s appeal and the truth about Ebola.

Should travellers still consider Africa as a safe destination given the Ebola crisis?

There are 54 countries in Africa but only three in West Africa have Ebola, and they are a long way from east and southern Africa. Actually most European countries are closer to the affected countries than the destinations we sell.

Also there’s more air traffic to Europe and the USA from the infected countries than there is from Nairobi or Johannesburg. So if you’re happy to visit Europe or the USA then there’s really no reason to avoid east and southern Africa.

Now is actually a good time to travel as there are some good deals around to encourage people to visit. We have just introduced an Ebola-free guarantee, which reassures clients that they won’t lose their money if a country they have booked travel to becomes infected. The guarantee means that clients can postpone their travel with all amendment charges waived until it’s safe to go.

What do you think is stopping more Aussies from getting to Africa and how do you think the industry can change this behaviour?

Overlanding through Africa has been popular with young Aussies for decades now. But there’s more to Africa. Southern African countries, like South Africa, Botswana, Zimbabwe, Zambia and Namibia, offer unbelievable luxury and they cater well to families too. Maybe there’s still a perception that Africa isn’t safe or reliable, but that’s not the case if you book through a reputable agent.

Even self-driving is perfectly okay in South Africa and Namibia. My wife and I took our two young boys over to South Africa a couple of years ago when one was eight-months old, and the other three-years old (family pictured above), and it was great.

Malaria may also be a concern, but Namibia is malaria-free and nearly all of South Africa is too, except for a small pocket of the Kruger at a certain time of year.

I think the industry could do better at diversifying its market to appeal to five-star travellers, families, honeymooners, and seniors looking to tick Africa off their bucket list.

What are some African countries and experiences you think Aussies are missing out on and why?

Historically Africa has been a turbulent continent, but things have settled down considerably. Rwanda use to be associated with the 1994 genocide, but that was 20 years ago now. I was in Rwanda recently and it’s a safe, modern and advancing country and it’s a great place to do a gorilla trek.

Botswana is another place people don’t necessarily think of. Botswana achieved independence from Britain in the 1960s and for the next 30 years it had the highest average economic growth rate in the world. It’s a safe and economically mature country and a great place to do a ‘wet’ safari, which is when you fly to an island in the Okavango Delta and view wildlife by boat.

To learn more about This is Africa’s wet safaris and to read about its Ebola-free guarantee, visit www.thisisafrica.com.au.