With new hotels opening in Paris, Istanbul and later this year, London, Shangri-La hotels are confident the demand for luxury accommodation is on the rise. 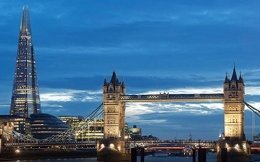 Shangri-La's The Shard opens in London later this year.

With the majority of its hotels currently in the Asia Pacific region, the Shangri-La group is spreading its wings, expanding to the Middle East, Paris, London and Rome.

“Australia is an important market for us as a company, representing six per cent of our business. With the new Qantas route to Europe we have already seen increased demand for Abu Dhabi, but all of our high-end destinations have always been popular destinations for Australians.

“In fact, our expansion plans outside of Asia started with the Sydney hotel – we now have three hotels in Australia. From there we opened in the Middle East and we now have five hotels there, adding another two more by the end of this year.”

The company is expanding quickly, with its sights set on becoming a global player. The next development plans are for Europe, with Paris now open, London opening in December and Rome, opening in a couple of year’s time.

"We are confident these aggressive expansion plans will be met with high demand – there is always high demand for good a quality service offering.

“One of the things the Shangri-La prides itself in is the high quality service offering – something that is consistent across all its hotels. 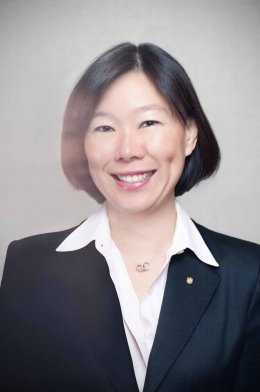 Barbara Pang, Senior Vice President, Sales & Marketing accommodation, but they do want assurance of quality. They want to be assured that it’s worth the amount of money they’re paying for.”

As these aggressive expansion plans are developed, 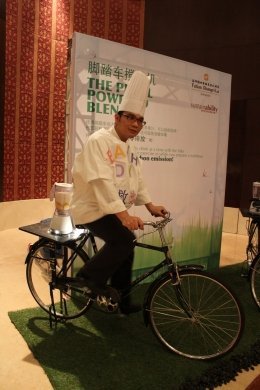 Pedal-power smoothies - just one of the features of Shangri-La's green meetings packages. Shangri-La has also developed a global corporate responsibility program that influences everything they do and how they operate.

“More and more people are making holiday choices based on how 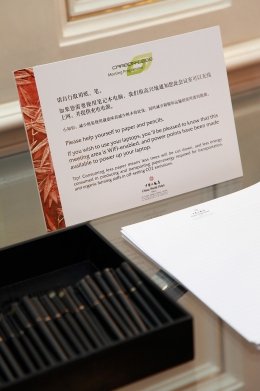 Among other initiatives, Shangri-La's green meetings include serving mint-leaf water from pitchers instead of plastic bottles and individually wrapped polo mints. green a destination or hotel is – the meetings market especially.

“In fact we have put together a number of green meetings packages, designed to cut down on the use of recycling, use of sustainable products.”

Shangri-La has developed a full-blown CSR program through all its hotels, which may vary in each destination but follows the same ethic.

“Each of our hotels, while they have the same ideals at the heart of their sustainability programs, has its own individual plan. They each choose their own charitable organization that they work with and we have global green standards that run through all our hotels.

“For example one small initiative that our hotels include as part of their green meeting packages, is the donation of leftovers – all the bread, cakes, etc, left uneaten is given to a local charity.

“Some of our hotels have been contributing to environmental causes for years – before people started coining the term “eco-tourism”. Our Rasa Ria Resort in Kota Kinabalu for example has for a long time funded an orangutan sanctuary.

“But it was about four or five years ago that we formalized everything into a global CSR strategic plan and then expanded it.

We realized that we had in fact always done a lot, but never standardized practices or grouped everything together to see what more we could do. So we published our very first sustainability report two years ago. And in April 2015 we will be publishing our third.”

Shangri-La at the Shard, London opens in December this year.