Stars on parade for St Patrick

JON UNDERWOOD heads to Galway, where he gets a first-hand look at St Paddy's Day celebrations in Ireland. 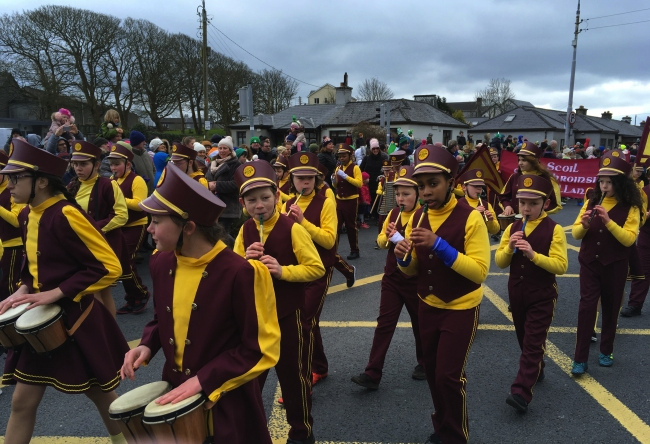 It may well be celebrated across the globe but if you really want to get the most out of St Patrick’s Day, then you have to spend March 17 in Ireland.

I’d arrived in Galway the night before after a short 80-minute flight from Gatwick to Knock and there was a palpable sense of excitement throughout the city. Loudspeakers had been set up along the parade route, souvenir shops were doing a brisk trade in distinctive green hats and there were piles of barricades dotted around the streets, ready to go up in the morning. 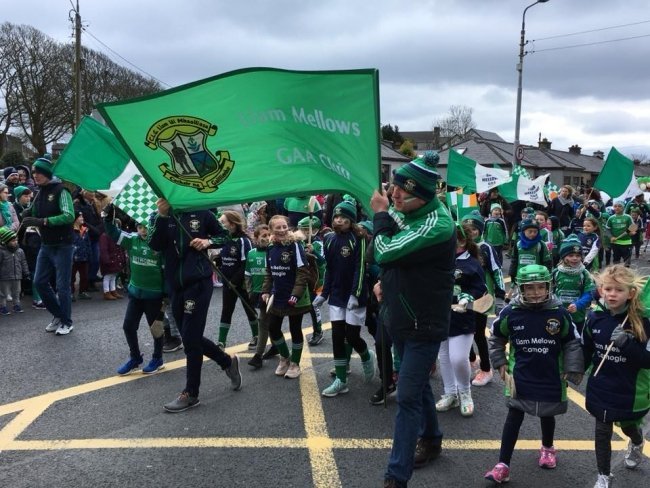 When that morning came it was overcast and chillingly windy but crowds began lining the parade route from around 10am, ready for the 11.30 start. I took up a vantage point outside the main fire station which served as the rallying and starting point so as to ensure a great view of the 90-minute spectacle.

It certainly didn’t disappoint. Once the small army detachment at the head of the parade marched off with the Irish flag flying wildly in the sharp wind there followed a colourful and eclectic variety of marchers and bands, including acrobats, circus animals and various local sports groups and organisations.

A large contingent of American cops had also made it across the Atlantic for the ceremony, emphasising the strong ties that bind the heritage of Ireland and the United States. 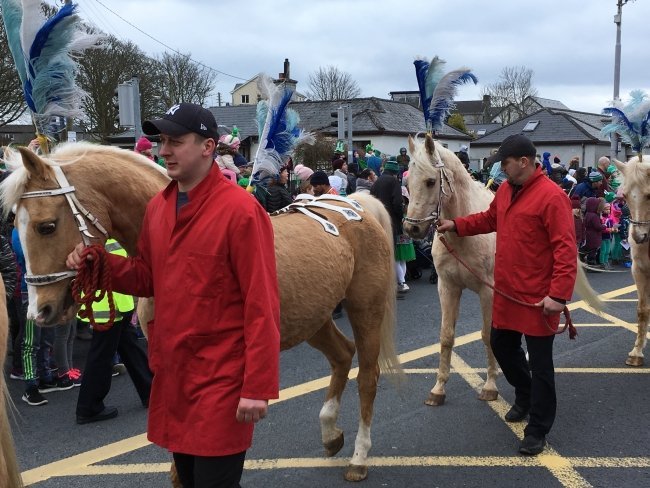 Members of the Galway Feminist Collective marched alongside Amnesty International, interspersed with super heroes, go-kart drivers and the piece de resistance, a massive lady giant bringing up the rear from the Macnas theatre company.

Accompanied by a cacophony of drummers, the giant made a spectacular sight as she weaved her way through the narrow city streets.

By the time the performers got across the river and headed up Mainguard Street towards Eyre Square, the crowds were eight or nine deep and the little kids were hastily shoved to the front for a better view. 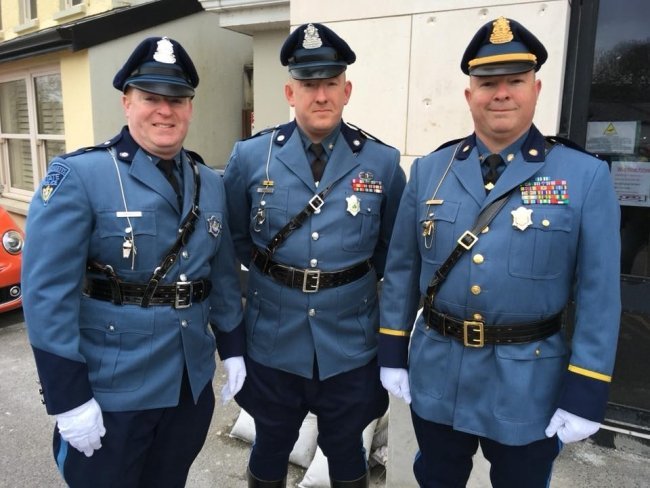 Once the parade had finished, the central Eyre Square became the focus point for continued celebrations, with live music from the Clandestinos, a vintage carousel and plenty of entertainment for all the family.

And just when we thought St Patrick’s Day couldn’t get any better, the Irish rugby team clinched the Grand Slam in the Six Nations tournament in the afternoon, defeating the old enemy England to do so – the perfect end to a truly special day.

This was the 115th anniversary of the Galway parade and if this showing was anything to go by, it will still be going strong in another 115 years, providing a great opportunity to showcase the diverse culture and talent to be found in this absorbing city. 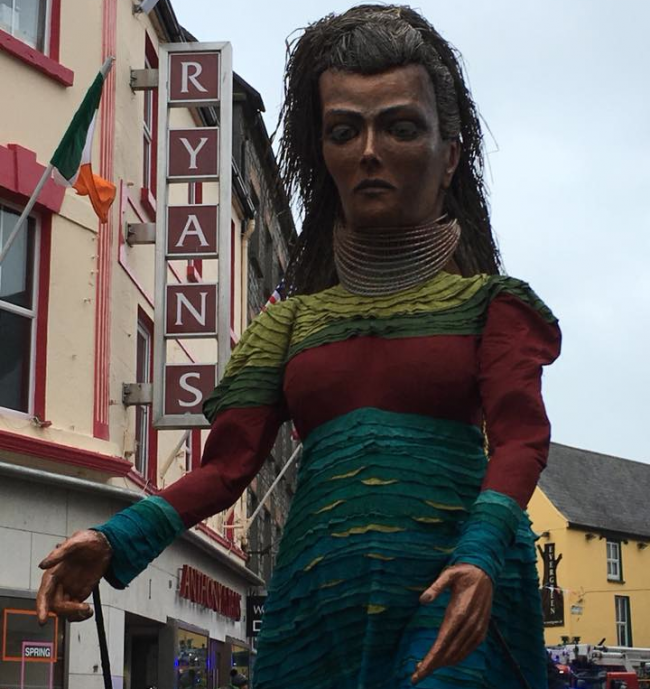