Stuck travelling? Here's what you need to know...

There may be as many as 70,000 people - Aussies and others - caught on the road in Australia during COVID-19 restrictions. Here's the situation they face and how they can tackle it, per Sydney Criminal Lawyers' SONIA HICKEY...

Travelling around the country has become nearly impossible as all but three Australian States and Territories take extraordinary measures to stop the spread of Coronavirus. So what does this mean for people already on the road?

The great Australian road trip is a popular holiday plan - for Aussies and international tourists alike, but as Coronavirus spreads throughout the country at a rapid pace, the Federal and State Governments have put in place unprecedented measures to stop travellers from moving around, as a public health safety measure. 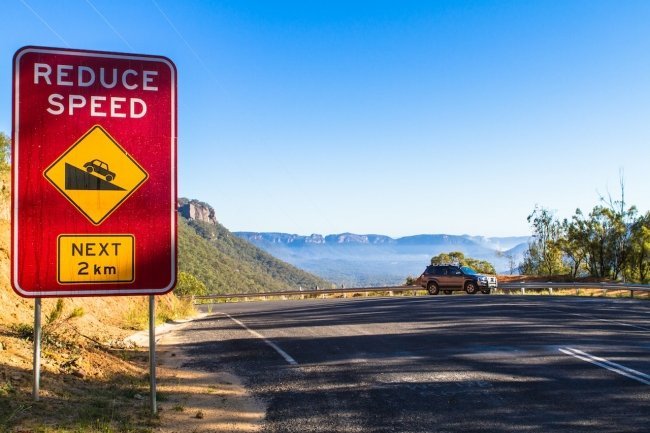 Which States and Territories are closed?

New South Wales, Victoria and the ACT have not yet closed borders, despite calls for them to do so. People living in Northern New South Wales are concerned about Queenslanders being able to travel south without restriction, and in recent weeks there has been a spike in coronavirus cases around the Byron Bay area.

There are also concerns that those city dwellers lucky enough to own beach homes are flocking to their seaside havens overpopulating small regional communities right along the Australian coast and putting the local health facilities at risk of an outbreak they’re not equipped for.

In the past couple of days in an attempt to stop the spread of COVOID-19, Premier Glady Berejiklian has called on all New South Wales residents to ‘go home and stay there’.

But what do all of these directives mean for people still on the road? Figures recently released from the tourism industry estimate there could be as many as 60-70,000 people already travelling.

Caravan Parks and hotels are currently in suspended trading. Therefore, it’s likely that people will be turned away, left then to find the free camping spaces on the side of motorways and major roads. But with parks and playgrounds also shut this means that public toilets or public cooking facilities will be hard to come by.

Some popular destinations have actually shut these free spots down for the foreseeable future, too.

Plan ahead - supplies might not be easy to come by

There’s also the issue of being able to get necessities, particularly if you are travelling through more remote areas - in many cases small businesses servicing these areas are operating on limited hours, so needing a tyre repair, petrol or even staple food supplies  could be more difficult to find than you think.

It pays to plan your trip wisely.

Also be aware that the border closures are all different and there are serious penalties for failure to comply, including fines and potential jail time.

If you cross a border which requires mandatory 14-day isolation, you need to be absolutely clear that self-isolation means exactly that – you cannot come into contact with others during the mandated period.

If you’re heading into the Northern Territory, Queensland or Western Australia - each of these have put in place mandatory self-isolation. In South Australia, you need to sign a health declaration to cross the border and also comply with self-isolation. There are some circumstances under which people crossing the border are exempt, but by and large, travellers are not included in these exemptions. 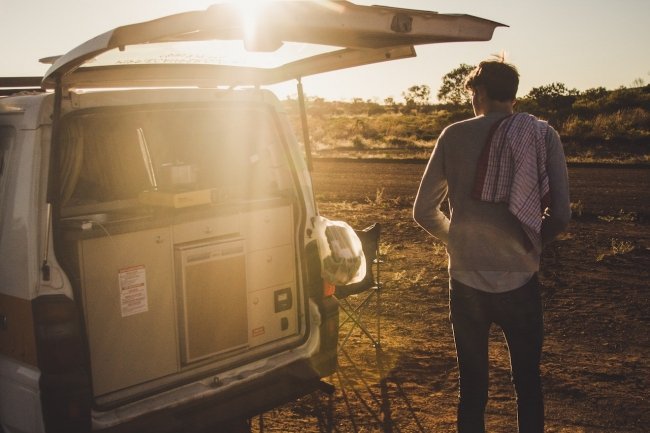 What the border closures mean, state-by-state:

Anyone entering by air or road will need to self-isolate for 14 days. But there are also restrictions regarding who can come in, and who can’t.  Exceptions have been made for emergency workers, emergency vehicles, people travelling across the border for work, freight, court orders including family court, anyone travelling for medical treatment or compassionate reasons. For failing to comply with the public health act, in Queensland you can be fined up to $13,345.

The 14-day self-isolation period is also in place for anyone who is not an essential worker. Tourist hotspot Rottnest Island is being considered as a quarantine zone to keep infected people isolated. Failure to comply with Western Australia border and quarantine rules could result in a $50,000 fine or even 12 months’ imprisonment.

Twelve border crossings have been established in South Australia to check on people entering the state. In SA, travellers have to sign a declaration about their health, and pledge to under mandatory self-isolation for 14 days. People who live in communities bordering the state will be allowed to come and go, so long as their home towns remain free of coronavirus. In South Australia, the maximum penalty for failure to comply is $25,000. More information can be found on the SA Police website.

Only Tasmanian residents and essential workers will be allowed aboard the Spirit of Tasmania ferry. In Tasmania, if you fail to adhere to strict border control measures you risk a $16,800 fine, or possible jail time.

Arrivals to the Northern Territory will be required to self-isolate for 14 days and must provide details of where they will be staying while in the Territory. Police officers will be placed on major highways to enforce the border closure and will use surveillance equipment to catch anyone trying to come in via back roads. A $62,000 fine is in place for anyone who breaks this quarantine.

NSW, Victoria and the ACT

Only NSW, Victoria and the ACT remain open to state-wide travellers, although like everywhere else in the country, travellers from overseas are required to self-isolate for 14 days, and not doing so could attract a fine in NSW of up to $11,000 and even six months’ prison time. In Victoria, the fine is $20,000.

Who is in charge of monitoring these regulations?

More information on all the border closures can be found here. In many cases, state health authorities have taken the lead to ensure those in isolation abide by the rules, but the police can – and actually have, in Victoria – conducted spot checks to ensure people are where they agreed to be. Police also have the powers to lay charges if they believe an offence has been committed. In New South Wales, fines have already been issued for people not abiding by the ‘self-distancing’ rules.

The most important thing you can do is to stay up to date - the Coronavirus situation is changing rapidly, and so are the rules. A plea of ignorance will not be a defence if you’re caught doing the wrong thing.