The flower power of Kagoshima

Sakurajima may loom large over much of Kagoshima, but Sengan-en Garden, one of the Kyushu city’s most popular attractions, doesn’t live in its, or anything’s shadow, as MARK HARADA discovers. 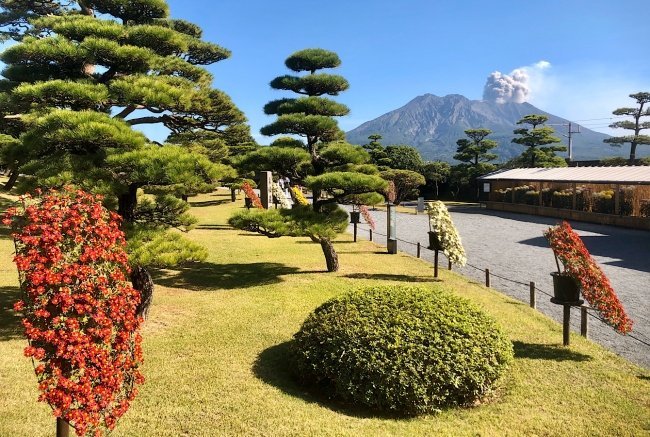 There’s no doubt Sakurajima (Cherry Blossom Island), which lies on the far side of Kagoshima’s Kinko Bay, is a spectacular sight.

But as I straighten my camera for a photo of the island volcano, the most active in Japan, I realise that Sengan-en - where I stand now - is even more photogenic.

Built in 1658 and inspired by the views of Sakurajima, Sengan-en was originally a sprawling garden and home for the powerful Shimadzu Clan of the Satsuma Domain. Now, Sengan-en provides the inspiration - at least for those who visit. 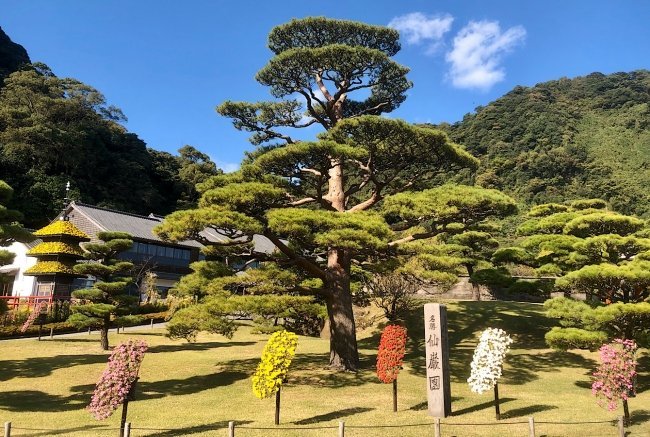 Popular, but hardly overrun by tourists, Sengan-en stretches across nearly five hectares alongside Kinko Bay. And while the property is jam packed with things to see and do, flavours to taste, and souvenirs to browse, most pleasure is derived from simply walking through its glorious gardens.

The best landscapes are located around the beautiful house, which was built as a second home for the Shimadzu Clan before becoming their full-time residence in the late 19th century.

Highlighted by its wrap-around verandah, the house boasts an eclectic but elegant mix of Japanese, Chinese and western elements, as well as views over the garden and bay. More than this, it offers a glimpse into the life of the Shimadzu family, especially the influential Prince Shimadzu Tadayoshi, and how royalty from Edward VIII to Tsar Nicholas II were welcomed into Sengan-en. 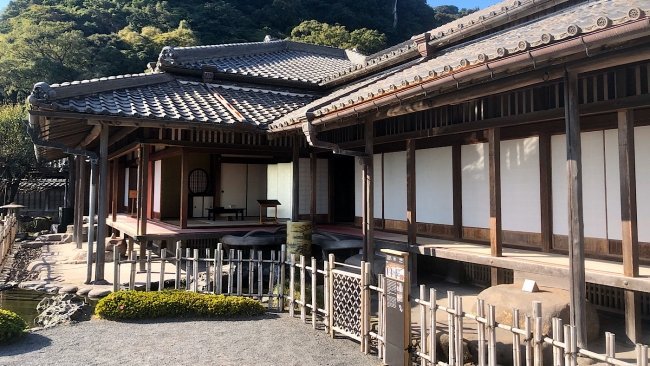 Behind the house, on the recommended walking route, I come across the stunning Konan Bamboo Grove that was formed after Shimadzu Yoshitaka imported and introduced two stalks of Chinese moso bamboo to Japan. Now, this bamboo can be seen across the country.

Near this, one of the quirkier spots is the Cat Shrine, where people can pray for their feline friends as the Shimadzu Clan once did, while not far away from here, almost hidden among trees, is the Oniwa Shrine, which is said to be the luckiest at Sengan-en. I duly make a wish.

One of my favourite places in Sengan-en is the Kyokusui Garden, which was formed to host elegant ‘poetry parties’; the garden is built around a stream, on which floating cups of sake would be placed during recitals. With the sound of water gently meandering through rock formations at the lower side of the garden, Kyokusui is the perfect place to bliss out. 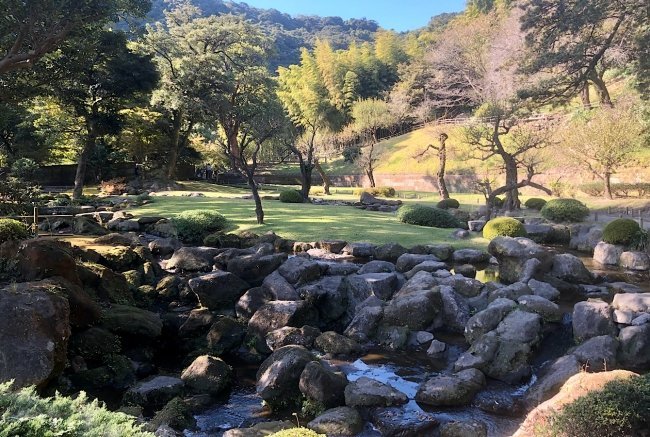 Past pavilions, tea houses and other points of interest, we loop back around to the front of the house, where large lawns meet rock lanterns of all shapes and sizes, highlighted by the massive Crane Lantern (also Japan’s first gas light) and Jumping Lion Lantern.

Through the red Tin Gate, which was once only accessible by the lord and his first son, I wander past more gardens with meticulously manicured trees (think massive bonsai) to my lunch spot at Ohkatei Restaurant. Here, I dine on a kaiseki (small plate) meal as beautiful in taste and aesthetic as the landscape outside, with views over Sakurajima to boot. Elsewhere, visitors can dine at the more casual Shofuken Restaurant, grab coffee at Sengan-en Matcha Cafe or sample delights across the gardens like Jambo Mochi, which was a favourite among local samurai.

After lunch, I take time out to browse the numerous outlets, the best of which is the Sengan-en Brand Shop, which houses stunning Satsuma Kiriko crystal glassware and famous Yakushima cedar products. More like an art gallery than a shop, this store is testament to the local artisans and is definitely worth a look in (whether you can afford to actually buy anything or not - I can’t).

It’s not difficult to see why so much of Sengan-en, like the Tin Gate, the twisting cobbled stairwell, the pond and bridge in front of the house, and the home itself, were used in a recent major film called ‘Segodon’. This place is a star with pulling power a volcano can’t even match. 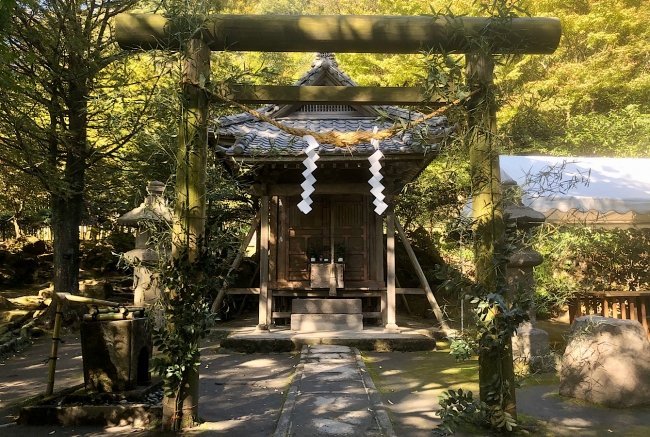 While you’re here... As well as being a magnificent former home and garden, Sengan-en was the site of Japan’s first westernised factory, a smelting furnace which the samurai constructed using pictures from a Dutch text book. Though only remnants of the factory still exist, the site was granted UNESCO Heritage status for its important place in Japan’s Meiji-era revolution.

Just outside of Sengan-en, and located in Japan’s oldest remaining stone factory, the excellent Shoko Shuseikan Museum details the story of Japan’s rise as an industrial power and how the country became the only Asian nation to replicate the west’s industrial revolution.

Just beyond this, visitors can watch master craftsmen work their magic at the Shimadzu Satsuma Kiriko Glassworks.

While in Kagoshima, the writer stayed at Shiroyama Hotel Kagoshima. 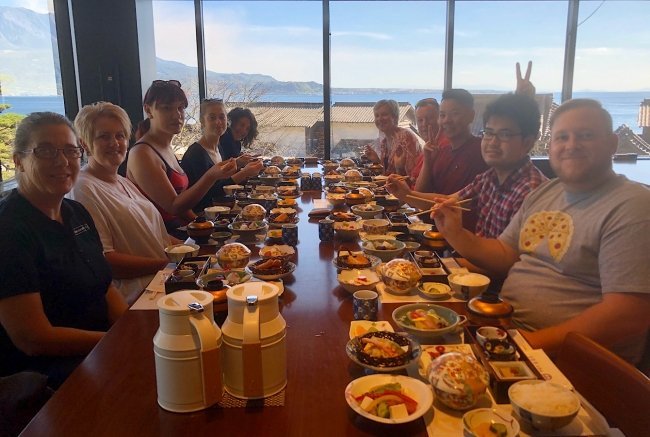