Josh liked Michelle. Michelle liked Josh. Nothing could separate them. Except, well, life. But then the Tinder Love Gods came to the rescue. Swipe right?

It’s become a dating cliche: how soon can you make contact without seeming desperate? 24 hours? Three days? In the case of Michelle and Josh, the average was about two months.

It got to become a running joke between them, but when it was revealed the pair still hadn’t met as of last week - after matching on Tinder in late 2014 - the Tinder gods got involved. 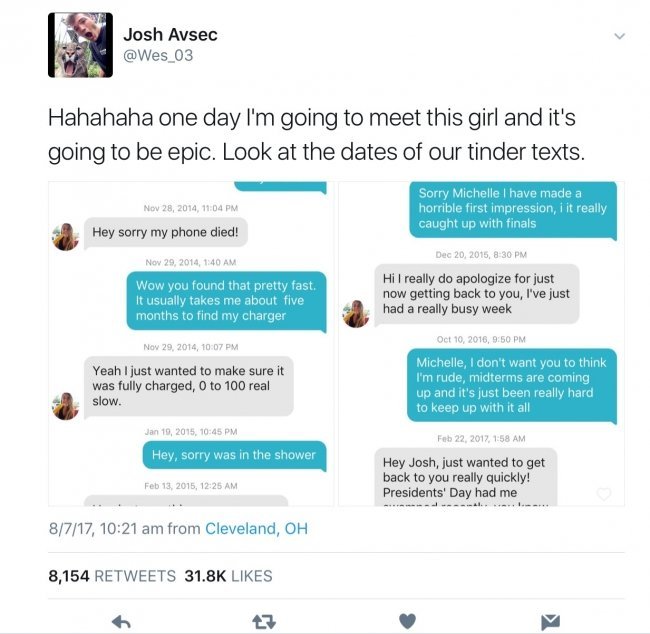 While the constant putting off of meeting (or even regular communication) could signal the end of a relationship, the fact that the two turned it into a running joke, has met with almost global appeal, the tweet being liked over 30,000 times.

The dating site contacted the pair over Twitter, telling them, “It’s time you got together IRL. You have 24 hrs to decide the city you want to have your first date in and we’ll send you there!”

Michelle and Josh have decided on Maui and Tinder’s obliging. Let just hope it doesn’t take then two and half years to pack…