The true impact mobiles have on our travel behaviour

With almost a third of people booking trips via their mobile devices, just how does all this ‘screen time’ affect our mind-set and behaviour while on vacation?

Through its Mobile Travel Tracker study, Hotels.com has uncovered the true impact mobiles have on travellers’ booking and travel behaviours, and has revealed that almost a third of all people book their trips on their mobiles.

The study of 9,200 travellers across 31 countries looked at topics such as factors influencing booking, last minute booking behaviour and the unusual situations in which hotels were booked. 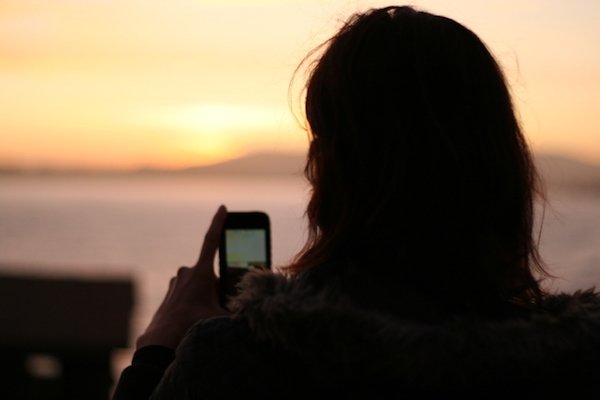 A new study reveals just how reliant we are on our mobile devices when booking, and researching travel

The average person takes four trips a year and spends 13 nights in hotels. Globally it was revealed that 42 per cent of people have booked a hotel on their mobile with this number rising to 53 per cent for travellers under 30.

A whopping 76 per cent named the mobile device as their number one travel accessory and (somewhat sadly) twice as many people admit they’d choose to travel with their mobile, rather than their loved ones.

Thanks to mobile devices, 42 per cent of respondents said they’ve made a same-day hotel booking with 14 per cent of those settling on a hotel from the airport departure lounge.

And interestingly, the right payment method and positive customer reviews are often more important than price. Fourteen per cent of travellers say having a loyalty program includes their decision when booking on a mobile and 17 per cent are bargain hunters, admitting they having a coupon code when they make a booking.

Traditionally, travellers would book a trip sitting in front of an agent but according to the study, travellers make travel plans in all sorts of strange places. 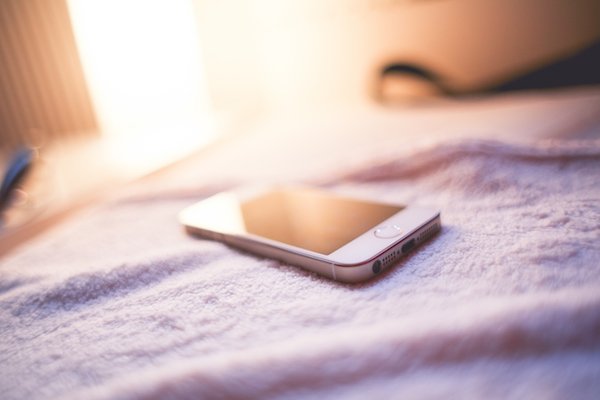 The most common is the bedroom with 27 per cent of those surveyed saying they have booked a hotel while in bed with their partner. Almost a quarter of people have booked a hotel in the office when they were supposed to be working. Ten percent have made a booking standing in front of the hotel and further 10 per cent have even confessed to booking a hotel while sitting on the loo!

We’re equally reliant on our mobiles while on holidays using them for maps, checking weather, social media, comparing deals and booking other properties.

But while our heads are buried in our phones, what are we missing? According to a OnePoll study of 1500 US respondents, commissioned by Intrepid Travel earlier this year, quite a lot.

In its survey, OnePoll reveals that 84 percent of respondents get distracted by their mobile devices and almost 40 per cent feel they’ve missed out on a life moment because they were too busy looking at their phone.

A further 31 per cent believe they’re often so concerned with getting a great photo, they actually miss out on the experience itself. 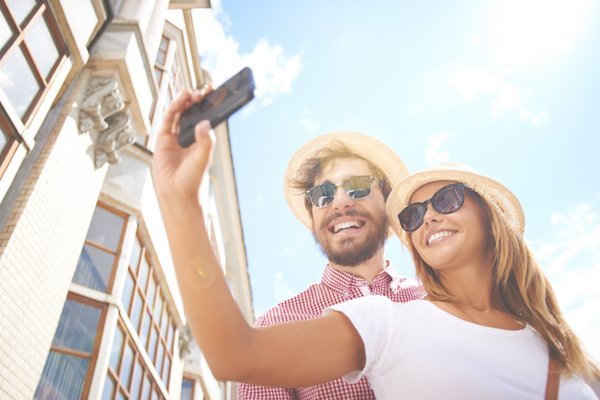 What are you missing while your head is stuck in your phone?

Sadly, around 50 per cent of those surveyed said they’d be unable to vacation without their mobile and almost 30 per cent wouldn’t stay in a hotel that didn’t have WiFi.

And – this is a doozey – over 20 per cent say they’d rather give up sex (and coffee, junk food and booze) than go without WiFi access for a month!

Intrepid Travel recently launched a range of Digital Detox Tours during which travellers intentionally leave their phones and cameras at home while exploring exotic destinations like Ecuador, Thailand, Morocco and India.

The aim of each tour is to encourage travellers to genuinely connect with each location and people encountered along the way, and enjoy every moment in real time.

Pics via Freeimages.com and Freepik.com