The truth about Hello Kitty 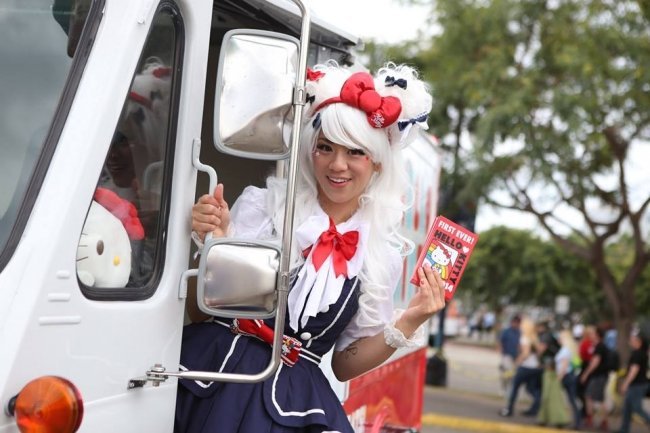 She has her own jet (courtesy of EVA Air), a castle in Shanghai, a personal hotel room in the Grand Hi-Lai Hotel in Taiwan, an amusement park in Malaysia, and then there’s the Hello Kitty Dreams restaurant in Beijing, Hello Kitty Café in Seoul, and a beauty spa in Dubai. Oh and the Hello Kitty maternity hospital in Taiwan.

In case you haven’t noticed Hello Kitty is big. We dish the dirt on this beloved character…but be warned, you will never be able to see her in the same light again.

Ms Yano was preparing for her exhibit at the Japanese American National Museum when Sanrio made the correction.

A spokesperson from Sanrio attemoted to clarify, telling gaming site Kotaku that "Hello Kitty was done in the motif of a cat”.

Right. It seems we’ll soon need a university course on Hello Kitty to understand her.