The weird souvenirs Aussies bring home (or try to)

“I just don’t know what compelled you to buy it.” Mum and I were mid-Marie Kondo-ing of her house when I happened upon an oversized bedazzled sombrero. And anyone who has seen a sombrero can attest that they’re already pretty big. This one was about the size of her en-suite bathroom.

And so it sits in the garage atop a box now housing the glow in the dark Mary statue from Lourdes, the barrel man with his phallic surprise from Manila and the climately confused snow globed Uluru which she claims was a result of snow globe everything in the 80s (she has a collection).

Mum is clearly not alone in her stance on souvenirs. When we asked our readers what weird and wonderful things they brought home from their travels there was some wonderful, but a LOT more weird.

Despite Australia’s rather strict customs, our readers brought back a lot of animal products - and a lot of it having travelled through the animal first.

I’m no coffee connoisseur, but I personally don’t need my coffee beans digested by another creature before being poured into my cup, however others don’t seem to have a problem with that judging from the numbers of readers who came home with cat poo coffee or elephant dung coffee from Thailand.

And it turns out elephant dung has other uses. One reader is now the proud owner of an elephant dung vase from Kenya. Anyone remember that pottery scene from Ghost? How sexy would it be if instead of clay, Demi Moore and Patrick Swayze were working with poo?!

Another favourite seems to be the liquor that comes complete with a snake from Vietnam. The whole thing raises too many questions for the sober let alone for the drunk you’d need to be to open that bottle. How do they get the snake in the bottle? Do you treat it like the worm at the bottom of a tequila bottle and some poor sod’s gotta try and swallow it? Too many questions!

One loving father brought his unicorn obsessed little girl a tin of unicorn meat from the UK. That’s akin to telling a child that Barbie’s organs probably wouldn’t fit in her body so she’d likely die - or at the very least fall down a lot.

While some just come home with extra kilos from yummy local treats, or even a spouse, others bring back souvenirs that tell more about a place than the person who bought them home.

One reader brought back plastic socks that can be worn in the rain (and with thongs) from Japan. Another bought some invisible alien jerky from the Alien Jerky store on the drive between LA and Vegas. It’s just an empty bag of air.

An absolute genius took a roll of toilet paper from the London Royal Mews and a roll from Harrods in London, while another scored some real false teeth from Jemaa el-Fnaa in Marrakech. 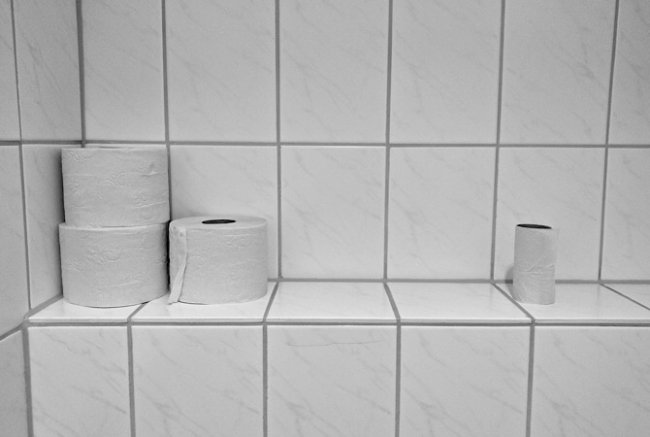 And then there are the possum fur willy warmers from New Zealand. Gotta love New Zealand. It’s all about practicality.

WHAT HAVE YOU BROUGHT BACK FROM YOUR TRAVELS?