It’s always recommended you learn the local road rules whenever you rent a car overseas. But there are some laws you’ll just never be made aware of. Here’s a list of some of the weirdest road rules in the world, according to Kayak.com. 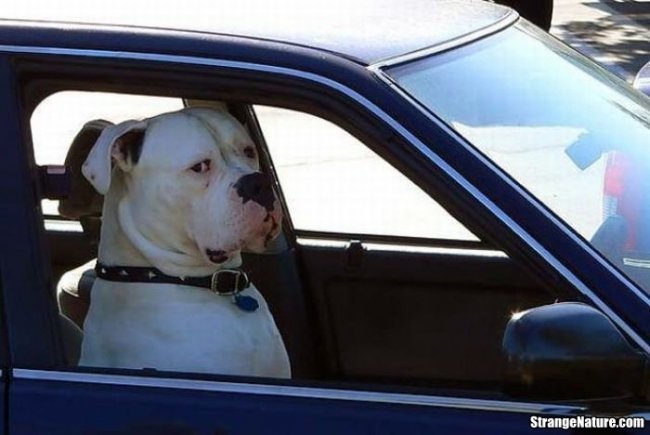 -Australia: Forget Melbourne’s odd hook turns (which actually make sense once you get used to it); the Victorian capital forbids driving with a goat or dog attached or harnessed to a vehicle. But you’d be hard pressed to find anyone who’s actually been fined by this “leftover law”.

-Croatia: They obviously don’t have vast, emptied landscapes in Croatia, or they’d allow drivers to carry a full petrol can in the car. But you are required to carry a spare set of headlight bulbs; likewise in nearby Czech Republic.

-Thailand: It can get pretty warm in this holiday mecca; but whether you’re a man or a woman, don’t even think about driving without a top or you could well be asked by local authorities to cover up.

-Germany: In other places they’re more laissez-faire about exposed skin. In Germany, a car counts as a ‘private space’, so nude driving is permitted. Though we doubt you’ll see too many naked drivers during the country’s long winters.

-Japan: Given its reputation for being a super clean country, it shouldn’t come as too much of a surprise to learn that in Japan drivers can be fined for splashing pedestrians on the side of the road. Particularly hard to avoid during the wet season, this practice is called ‘muddy driving’.

-Germany and Italy: Dog lovers should be able to relate to this one: in Italy, drivers are required to ensure their dogs wear seat belts whilst moving, while in Germany, dogs and other pets (classifies as “cargo”) must be protected against slipping and falling in the vehicle.

And the most popular places for Aussies to rent cars are…

Overseas driving mishaps and how to avoid them

-China: Australians could be forgiven for not wanting to hit the road in China; for one, drivers need a permit that has been issued locally, and it can only be granted to drivers with an international licence who have passed a theory test and complied with other regulations, such as a medical exam. Or you can rent a car with a driver.

-UAE: In the United Arab Emirates, camels are always given right of way in thoroughfares – though we doubt (and hope) you’ll find any crossing the very busy and wide Sheikh Zayed Road.

-Massachusetts, USA: If you’re travelling with a gorilla in this US state, make sure you seat the great ape in the front passenger seat or you could be fined – of course. (We would add the strange law of not being allowed to sleep in your car in the MA city of Brookline).

-Austria: Just because there are no speeding cameras in sight, it doesn’t mean you won’t be fined. Traffic police in Austria are actually permitted to use their “trained speeding eye” to estimate the speed of vehicles in speed zones of 30km/h or less.

Do you know of any really weird (or just plain dumb) road rules anywhere in the world?