Travelling around Australia? Mind your language

Sydney Criminal Lawyers content writer SONIA HICKEY gives us an exclusive insight into why you should watch what you say when travelling in Australia.

Australians, like many other nations, have quite a reputation for their colourful use of language. ‘Aussie slang’ is one thing, swearing is quite another. And, despite the fact that this is 2019 and most people do it, in all states and territories across the country, using ‘offensive language’ in a public place is actually a crime. 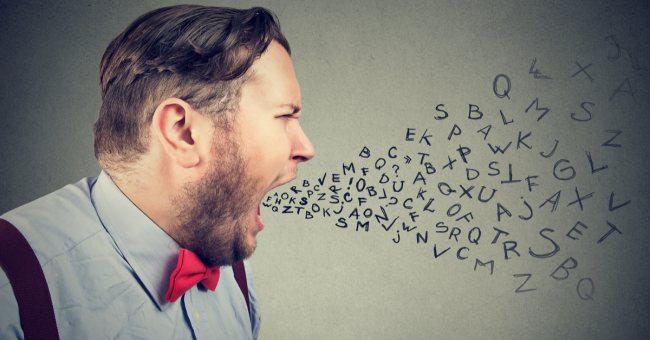 Swearing is a crime

Offensive language constitutes words that are generally considered obscene or indecent or abusive. Police generally target the swear words ‘f**k’ and/or ‘c**t’. Under section 4A Summary Offences Act 1988, using offensive language in a public place or a school is prohibited.

In NSW, the maximum penalty is $660 or a community correction order that is subject to a community work condition of up to 100 hours. In South Australia though, the penalty is much harsher: a $1,250 fine or three months’ imprisonment.

This is a very broad definition, but ultimately, it covers public property such as parks, roads and beaches as well as privately owned premises that members of the general public can access, such as shopping centres, movie theatres, pubs, and restaurants.

Despite the fact that it seems rather antiquated, make no mistake, this is a law that is regularly enforced. Each year thousands of people are charged with, or receive an on-the-spot fine, for using offensive language. Statistics for 2017 show that more than 3,000 adults and children were chargedfor use of offensive language. Of these, about half received a $500 on-the-spot fine.

Last year, Danny Lim, a well-known Sydney activist who is often seen around the city centre made headlines after successfully appealing a conviction for offensive conduct, after being found guilty of using the word ‘c**t’ in one of his sandwich boards, in a message referring to the then prime minister of Australia.

When the case went to court, he pleaded not guilty but the magistrate found it a “straightforward case,” concluding that that any reasonable person would find it offensive to use this word in reference to the prime minister, and found Mr Lim guilty of the offence on 9 February last year. What’s offensive to one person, may not be to another

The ruling did not explain why a reasonable person would be offended and seemed to assume the word was offensive in and of itself. This is a significant reason why the conviction wasoverturned some months later, by a different judge.

The appeal judge found that the use of the word “c**t” is not always offensive, even when said in public, going on to explain that the word is often used as a derogatory expletive to describe a person of any gender, and that the word …” is now more prevalent in everyday language than it has previously been.”

And herein lies just one of the problems with this law: What is considered ‘offensive’ to one person, may not be so to another. And without a meaningful definition in the legislation, there is broad scope for interpretation.

Be careful what you say

Back when Australia was drafting it’s laws (many of which are based on the British legal system of the time) profanity was considered impolite, improper and unsuitable for the ears of women and children. As a result, this law was enacted.

And, as the law currently stands, Police have an enormous amount of discretion when it comes to what is deemed ‘offensive’. So, when you’re visiting Australia, mind your language, otherwise you could end up in trouble with the law.

Sonia Hickey is a freelance writer, magazine journalist and owner of 'Woman with Words'. She has a strong interest in social justice, and is a member of the Sydney Criminal Lawyers content team.