What happens if I get arrested overseas?

They were nine Aussies who stripped down to their budgie smugglers emblazoned with the Malaysian Flag to celebrate Daniel Ricciardo’s Malaysian Grand Prix.

While all nine men made it home safely without prosecution, what they considered to be a relatively ‘harmless’ prank was not found funny by the Malaysian authorities at the time, and at one point, after being arrested and held in custody, they all faced the very real prospect of being charged with “intentional insult with intent to provoke a breach of the peace”, which carries a maximum two-year prison sentence under Malaysian law, and “public indecency”.

It’s important to remember that when you travel, you are required to respect and obey the laws of the countries you are visiting. There are countless Aussies who get themselves into trouble overseas every year, simply because they don’t.

And sure, it would be impossible to know every single nuance of the local laws of the country you’re visiting. But the wise traveller does some research before getting on a plane. 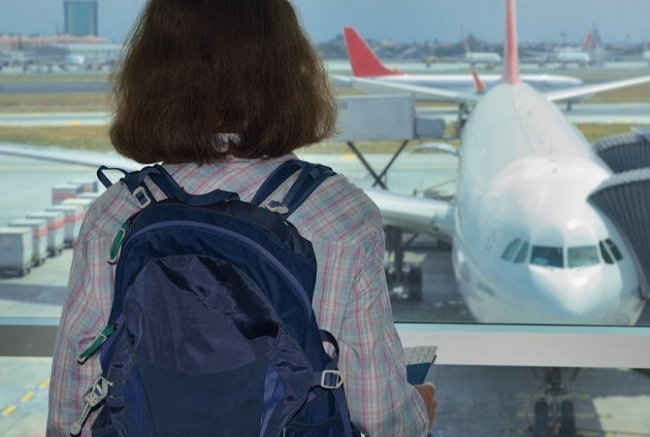 Get in the know before you go

In this day and age, a google search will point you to travel blogs and other information about the basic laws in foreign jurisdictions – drugs, alcohol, religious beliefs, customs.

To ignore these is to do so at your peril, because when you travel you are only protected by Australian citizenship up to a point.

Can the Australian Government help?

The primary objective of consular officials is to ensure your welfare. Officials may help you to contact family and friends, or help you to receive money from home, and to ensure that your health is ok. Officials will also ensure that you have access to a lawyer. However, Australian officials must also operate within the legal framework of the foreign country and there are limitations to what they can achieve.

It’s important to note though, if you have dual citizenship and are in your country of other nationality at the time of being arrested, assistance from the Australian Government is not guaranteed. If you’re travelling on your other passport, your Australian nationality may not be recognised either. In addition to this, if you have been living in another country – and that country considers you it its own citizen you may not be eligible for Australian consular assistance either.

Ignorance is not a defence

An Aussie mum of four found this out the hard way when friends secretly put a bar mat from a Thai venue into her handbag. As they were leaving later in the evening, Annice Smoel was apprehended by undercover police. Although her friends later confessed to the police, Ms Smoel spent two nights in a prison cell and faced the prospect of five years in a Thai prison. She pleaded guilty to theft and received the equivalent of a suspended prison sentence and a fine. However, the consequences for Ms Smoel have not ended there – some time later when she applied for a US visa to take her children to Disneyland she was refused. And now faces an entry ban to the US, which won’t expire for several years.

If you have been arrested and charged with an offence, one of three things will happen:

1. You could be prosecuted under the law of the foreign country;

2. If you have left that country, you could be extradited back to the country for prosecution; or

3. You could be prosecuted back here in Australia

If you have been arrested and charged, it is possible that you could spend some time in prison before the case even goes to trial. In many countries, prisons have poor sanitisation and inadequate human rights. Sometimes corruption is problematic and then of course, there are the nuances of the legal system itself that you need to navigate and the very real possibility of language barriers which make it difficult to communicate and mount a defence.

2. Extradited back to the country for prosecution

If you commit a crime or are charged with one overseas and get back to Australia, this does not mean that the case is over and you’re ‘off the hook’. It is possible to be extradited back to the country where the alleged offence was committed and face trial.

There are a number of countries with whom Australia has extradition treaties, which means that if a person is found eligible by a court, and then surrendered by the Attorney-General, they may be sent back to that country to face trial.

However, just because a request has been made, it does not mean that the request will necessarily be granted, and the person automatically handed over.

There are several reasons why the Australian government may refuse to extradite someone. One reason is if the alleged offence is not recognised as an offence under Australian law.

If the offences are political or military in nature, extradition may be refused, as well as if you have already been acquitted, punished or pardoned for the same offence.

It is possible that, instead of being extradited, you may be prosecuted in Australia instead, if the conduct in question would have constituted an offence under Australian law.There are a whole host of offences contained in legislation such as the Criminal Code Act 1995 (Cth) that apply even if you are overseas.

Travel should be an adventure and an opportunity to immerse yourself in a different culture, but it pays to be aware of the law, because if you break it, you can face serious consequences.