Why cruising is good for Australia

And why the cruise industry is behind the Garden Island solution 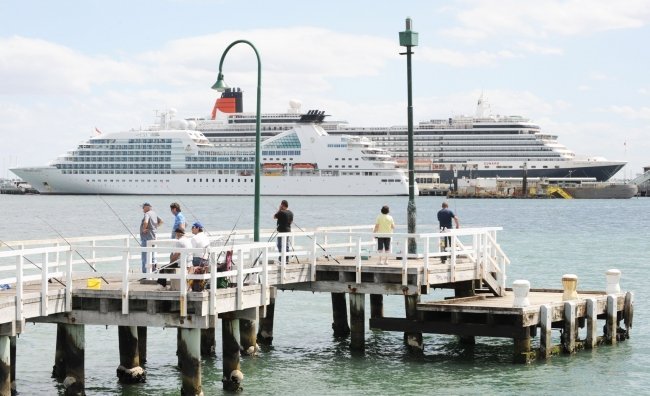 The Australian cruising industry is worth almost three billion dollars, and according to Carnival Australia’s chief executive, its long value chain has been behind a flurry of direct and indirect economic activity.

The industry spawned economic activity to the tune of 2.9 billion dollars in 2012-3, an 18 percent growth over 2011-2012, and the Australian agriculture and hospitality sectors and the like have benefitted, Carnival Australia chief executive Ann Sherry said.

According to Ms Sherry, at any one time, as many as 70 local suppliers could be involved in replenishing cruise ships with fresh food, beverages and other goods.

A winery in NSW’s Hunter Valley, Glandore Estate, supplies P&O Cruises’ ships and its owner said it is this relationship that has helped the winery to “provide the stability that allows us to continue to invest for the future with some degree of certainty”.

Likewise, Tourism Accommodation Australia said pre and post cruise passengers account for an average two to three nights in hotels in Sydney spending of nearly $600 on accommodation, food and drink each.

And while cruising is growing across the country, New South Wales is the biggest beneficiary, but the infrastructure of its main port faces some challenges, Ms Sherry said.

"The certainty of long-term shared access at Garden Island is vital if cruising is to continue to grow and generate the widespread ripple effect of commercial opportunities for hotel accommodation, restaurants, transport and tour operators," Ms Sherry said.

"It was encouraging to see support for the Garden Island solution across the political spectrum during the recent federal election. However, we are also pleased that the idea of moving naval assets from Garden Island is no longer on the table.

"We value our positive relationship with the Royal Australian Navy. The thought co-existing with real estate developers was not an exciting prospect, which would have also placed the existence of the Garden Island graving dock in jeopardy.

“The graving dock is a national asset and the only drydock in Australia that can accommodate large cruise ships.”