Why justice remains a victim of the Killing Fields

Traveltalk’s Jon Underwood reports from one of the most notorious sites in human history.

[WARNING: some of the information contained in this article may upset readers]

As we approach, the coach falls eerily quiet. Where voices normally chatter in excited anticipation, there's total silence. No-one quite knows what to expect, what we're about to see or how we’ll react.

This is Choeung Ek, one of the ‘Killing Fields’ of Cambodia. 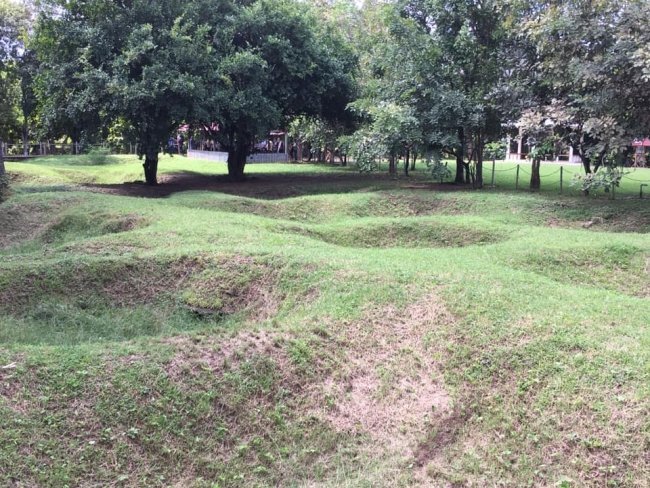 Choeung Ek, one of the ‘Killing Fields’ of Cambodia

Our excellent guide Sarik warns us that it will be "nasty". He should know, because he lost a brother and a sister in the genocide carried out by Pol Pot and his vicious cronies in the Khmer Rouge.

The story has already been told in numerous books and movies, but coming here puts it into terrifying focus.

Between 1975 and 1979, some three million Cambodians met their deaths at the hands of their countrymen. Some of the brainwashed perpetrators, many of them children, even killed their own siblings and parents, all in a failed bid to create a Communist Utopia.

There were 343 killing scenes across Cambodia. Choeung Ek was mainly used to dispose of prisoners from the notorious Tuol Sleng, or S-21 jail. More than 12,000 people were murdered at this site, dumped in 129 mass graves. At its height, the executioners here were killing 300 people a day.

You just can't imagine the feelings those terrified prisoners must have experienced as they were shipped, blindfolded and manacled, often after months of torture, to certain death. 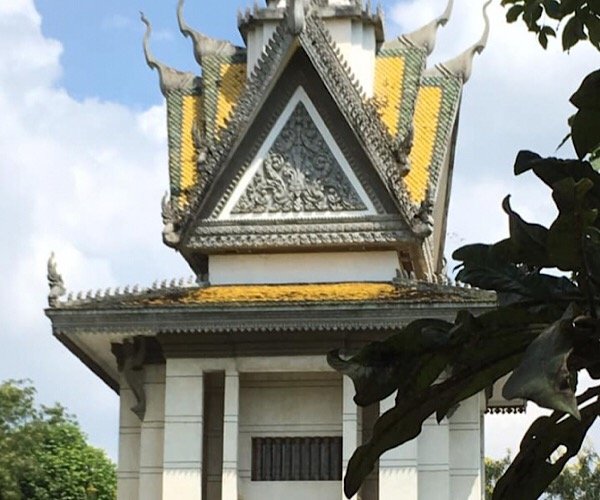 On arrival, they would be herded into groups, made to dig their own graves and then executed with farming tools, hatchets, iron bars or razor sharp palm fronds. Bullets were considered too expensive.

All of which is a bit hard to comprehend as we walk the site. Sarik talks quietly, as if his low tone can somehow lessen the atrocities perpetuated here. It's a totally surreal setting now, with vendors selling hats, T-shirts and soft drinks, while chickens roam wild, pecking at the very ground where hundreds are still buried.

Accordingly, we tread warily as bones and teeth have been known to surface after heavy rains. The central memorial at the site houses some 9,000 skulls dug up after the liberation of Cambodia but some 3,000 still remain buried.

Sarik points out a piece of leg bone sticking out of the ground and the nearby sign that explains how a loud speaker would be used to drown out the screams of those being executed. Our group listens in stunned silence, trying to take in just how inhuman our race can be when given free reign.

Later in the day, we're be taken to the Genocide Musuem, established in the building that used to be a high school before it became the notorious S12 prison. Of the 20,000 prisoners held here, only seven survived. 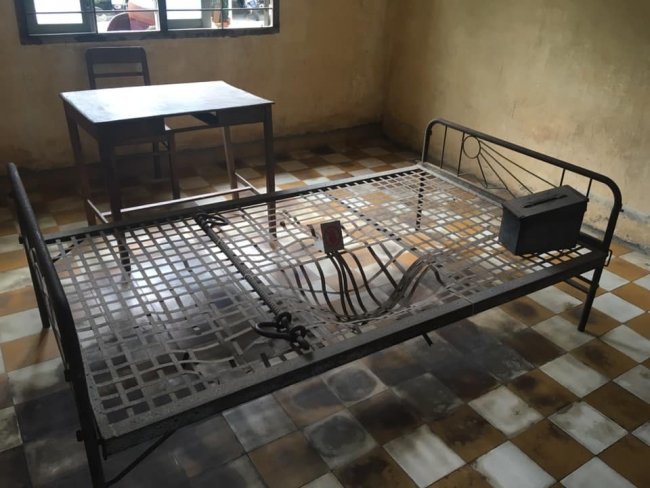 Prisoners would be tied to a bed and given electric shocks

This is where enemies of the Khmer Rouge were brought to be interrogated, usually involving electric shocks, beatings and other forms of torture. Those that "confessed" were then taken to the Killing Fields for immediate execution. The circle of evil was complete.

One of the most depressing facts about the Killing Fields is that very few of those responsible were ever brought to justice. It wasn’t until 2006 that a genocide tribunal was set up to investigate and prosecute. By then, most of the ringleaders had escaped, or have subsequently died in prison while awaiting trial: indeed, there's only one alleged KR operative left in jail.

Given his family’s history, I ask Sarik if he feels somehow cheated. With the same grace and dignity he’s displayed throughout the tour, he replies.

“We are Buddhists and we believe in Karma, so every night I think they will not have a good sleep.”

A remarkable piece of humanity in a place completely and utterly devoid of it.

A visit to the Killing Fields is included in Evergreen's 13-day 'Majestic Mekong Discoverer Cruise'. 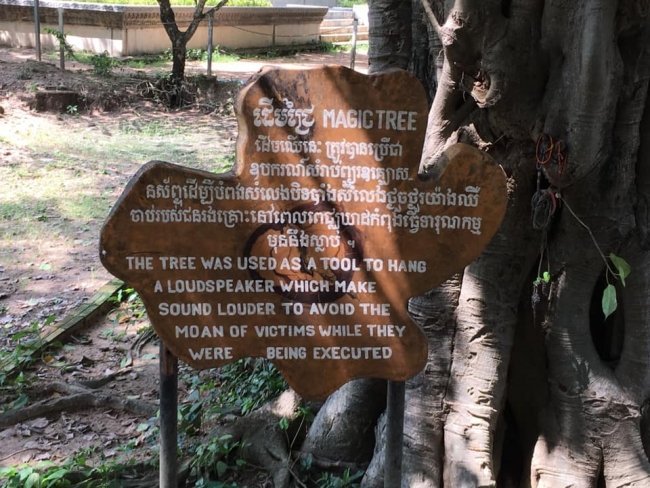