Will this be the world's newest city? 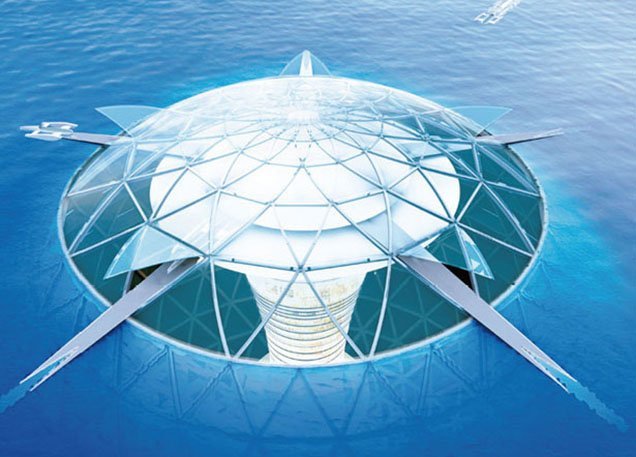 While Matthew McConaughey and Anne Hathaway search for a new planet for humanity in Interstellar, a Japanese construction firm wants to create a home for humans in a place we know a little better: the ocean.

Worried about rising waters? Shimizu Corporation has the answer, with plans to build an underwater city.

The metropolis will feature a floating sphere that sits just beneath the surface of the sea and is where folk can live, go to work and even stay in hotels.

“This is a real goal, not a pipe dream,” Shimizu Corporation spokesperson Hideo Imamura told the Guardian.

“The Astro Boy cartoon character had a mobile phone long before they were actually invented – in the same way, the technology and knowhow we need for this project will become available.”

So exactly how long until we can visit this underwater city? According to officials at Shimizu, the technology needed to build the structure and to sustain life below the surface of the ocean will be ready in as little as 15 years’ time, while the project itself will supposedly take five years to build, the Guardian reported.

If the idea of living underwater doesn’t appeal, the company has also suggested building a space hotel. Because who wouldn’t want to be closer to Matthew McConaughey?