Of all the countries in all the world, Australia ranks fifth for its skinny dip-ability.

In what will likely prove to be a crucial international study, Outforia, a site for outdoor enthusiasts, based its rankings of countries on things like the number of nudist beaches, the average temperature of the water, and the temperature when you get out (because we all know about shrinkage) and whether it’s legal or not.

Let’s look at Denmark, for instance. Coming it at 17, Denmark has 178 nudist beaches to our 66, but with an average water temperature of 10 degrees Celsius, chances are you’ll be happier ditching your togs in Australia than in Denmark. 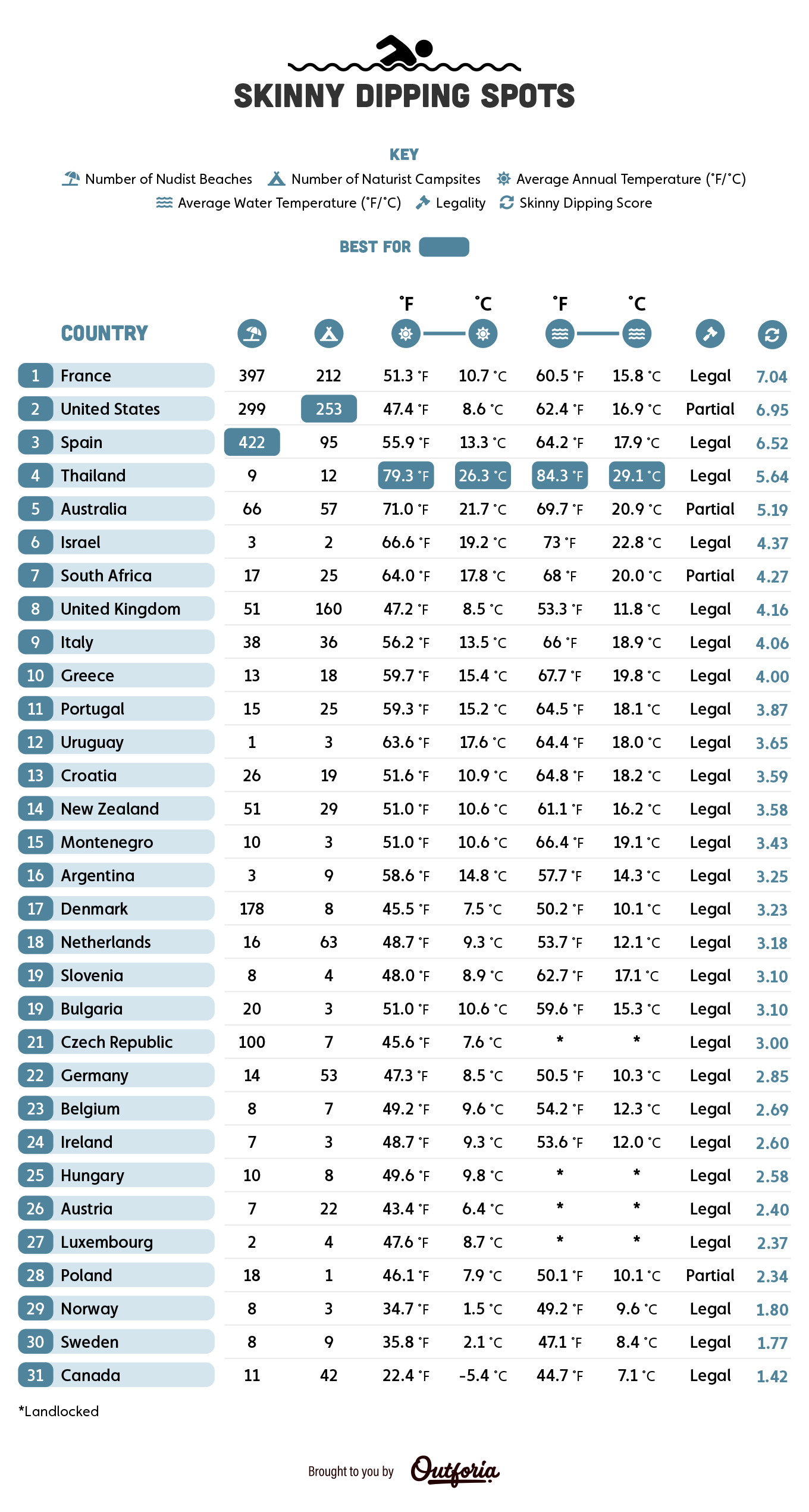 Spain has a massive 422 nudist beaches, but only came in third, as, unlike the front runners, does achieve parity in the naturist camp sites stakes.

France topped the list with 397 nudist beaches, 212 naturist camp sites and average water temperatures of 15.8 degrees Celcius. The United States came in second with 299 nudist beaches and 253 naturist camps (the most in the study).

But not everywhere is so open with public nudity. If you can’t handle being in your clothes, best to avoid these places. Or invest in a kaftan. 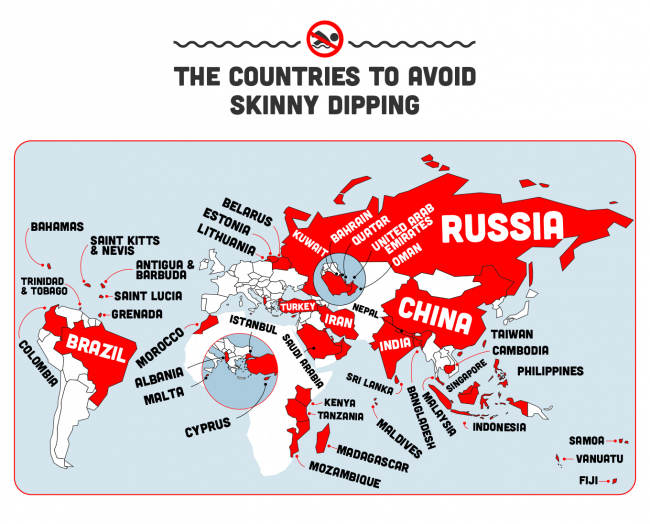