The rise of solo female travellers across the globe is well documented, with three in four (74%) women now interested in travelling alone. The statistics in Australia are higher than the global average at 81%.

This trend is also growing fast in Asia, a region that is less often associated with solo female travel. But having an interest is one thing; whether women will actually undertake the solo holiday is a different story. For a majority of women, safety concerns and the feeling of vulnerability and loneliness have deterred them for pursuing the liberating solo holiday.

In the height of the #metoo movement, more female travellers have spoken out about their experiences with sexual assault and harassment when travelling alone. 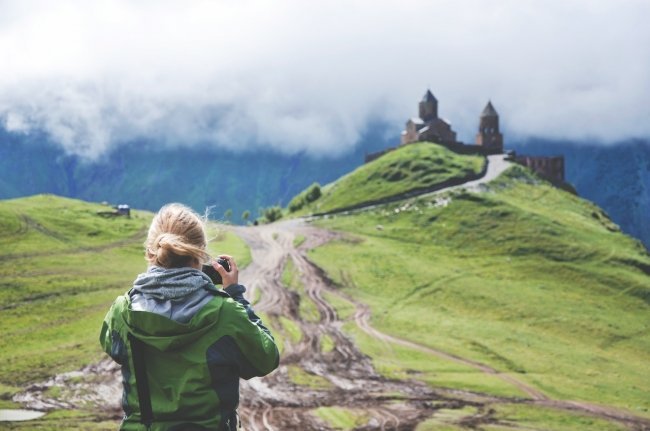 The safety concerns of solo female travellers have been widely noted in the news, travel guidebooks and online travel forums, and are receiving a growing attention on the back of #metoo and its predecessor #viajosola (which means “I travel alone”), which was a viral Twitter discussion in 2016, with more than 5000 women defending their right to travel alone safely. It is time for the tourism industry to rethink what they can do to provide a safer experience for women.

We conducted a study on Asian solo female travellers to understand their risk experiences of travelling alone in various destinations, including Asia, Australia, New Zealand, Europe and beyond.

The research participants told us that travelling alone is a risky undertaking for women. Gender-related risks such as street harassment, wolf whistling, stalking, and unwanted gaze and sexual advances are some of the common issues shared by women across the board, regardless of age, appearance and marital status. Some of these risks are imposed by accommodation providers, private transport drivers and people working in other tourism-related businesses.

What we also found that is less discussed in popular discourse is the amplified effect of risk on Asian women because of their Asian identity. Some of our participants reported being mistaken as local sex workers when travelling in Asian destinations where sex tourism prevails.

Others reported a promiscuity stereotype imposed on them by people from their home society and at destinations as they do not fit into the image of a respectable Asian woman, who is preferably domesticated and less adventurous, and does not wander in a strange city on her own.

How do these women deal with the risk? Some carry a homemade pepper spray, whistle, Swiss Army knife and fake wedding band. Others consciously dress modestly. Some women plainly accept the risk and embrace what might happen. It is evident that the responsibility for safety is placed in the hands of the solo female travellers.

So, what can the tourism industry do to provide a safer and truly empowering experience for women?

A number of hotels provide female-only floors, but such an initiative is only creating a safety bubble and has a limited effect on the safety concerns of female travellers that go beyond the hotel wall.

All female walking tours and day tours may work for solo travellers as they can have a safe wander in an unfamiliar destination.

In general, there is a pressing need for the tourism industry as a whole, including large companies (e.g. hotel chains, cruise lines) and small organisations (e.g. Airbnb, Uber and tour operators) as well as local government and tourism councils to shift the ways of thinking, designing and delivering tourism experience that are safe and friendly for women.