Which countries have the dearest (& cheapest) haircuts?

And how do Sydney & Auckland compare?

My partner loves getting her hair cut while travelling. She claims it can be a cultural experience – by learning why hair is cut in different ways across different countries. Or something like that. It could also be said that it’s a natural extension of health, spa or beauty tourism. 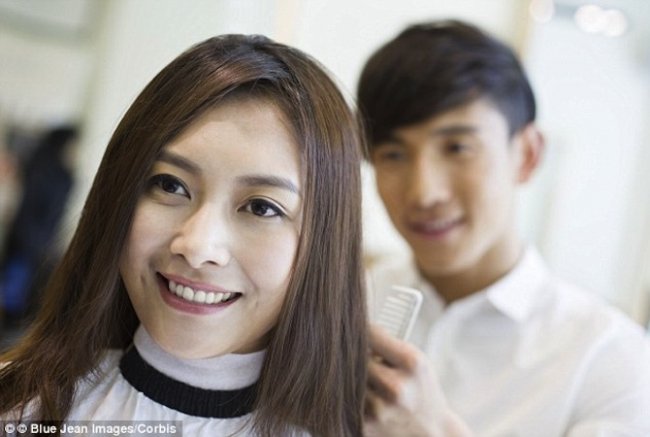 Some cuts have turned out well. Others haven’t. But most of the time, she’s at least saved money. So where in the world will it cost you a small fortune to get a trim, and where will it cost you next to nothing?

According to UBS, who collated data on the prices of various services, including haircuts, in major cities around the world, the most expensive places to have your hair cut are in North and Central Europe, and the US. But let’s focus on women’s haircuts…

Costing an average $95, Oslo, Norway, was found to boast the dearest prices, followed by the Swiss cities of Zurich and Geneva, at $87 and $84 respectively. In fifth and sixth positions were Copenhagen, Denmark and Luxembourg (both $68), while Stockholm, Sweden ($55) rounded out the top ten cities.

Meanwhile, New York City ($73) was revealed to be the fourth most expensive place in which to have your mop cropped, while Los Angeles (8th, $57) and Chicago (11th, $54) also featured highly on the list.

Sydney, the only Australian city featured in the study, finished about a third of the way down the list, at $39 (not bad, considering how expensive everything else is in the city), but was much cheaper than NZ’s biggest town, Auckland, which finished in 7th position, at $64.

Unsurprisingly, UBS found a strong correlation between local wages and the prices for haircuts, and that women paid more than men for the “same” service.

“In Jakarta and Hong Kong, women pay on average almost the same as men, whereas in Dublin and Cairo, the price for women is almost three times higher than for men,” UBS chief economist Andreas Höfert said.

“This imbalance is seen across the globe, with women’s haircuts costing on average 40% more than men’s.

“For the price of one women’s haircut in Oslo, men could afford to get their hair cut 18 times in Nairobi.”

Here’s a Business Insider graphic of the comparative costs of women’s and men’s haircuts from around the world. 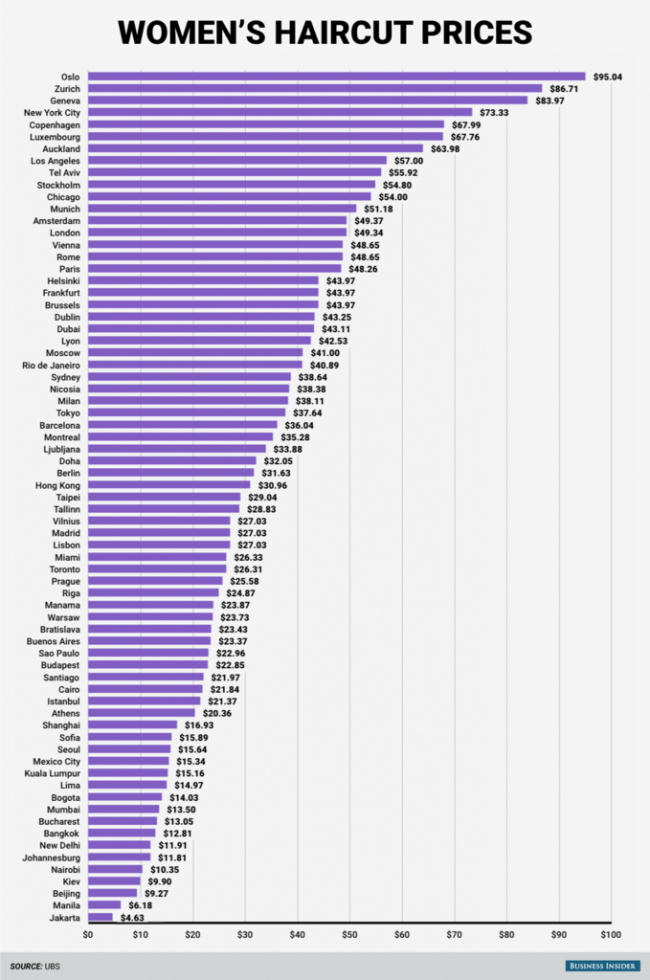 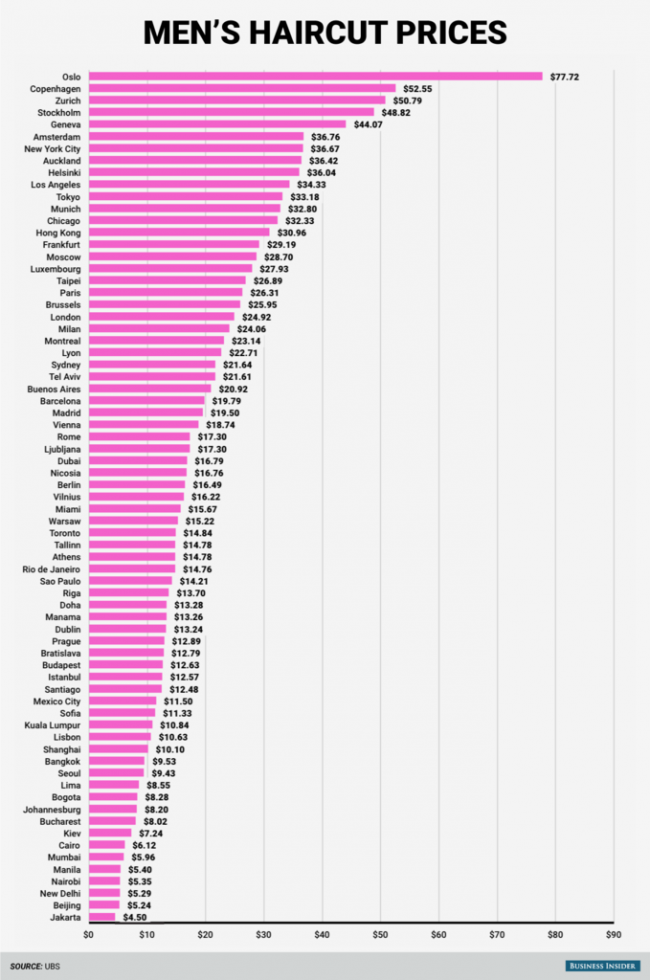