With the new Baz Luhrmann film “Elvis” hitting movie screens in the coming days, and with the late singer’s Graceland home also celebrating its 40th anniversary hosting public tours this month, Tauck has announced that guests on its “Life on the Mississippi” cruise-tour will enjoy a private after-hours tour of the Memphis mansion and grounds. 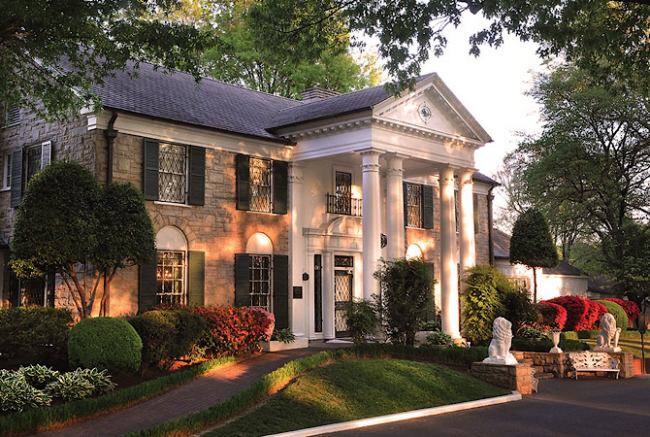 Designated a National Historic Landmark and included on the National Register of Historic Places, Graceland is one of the most famous homes in the United States. The estate welcomes over 500,000 visitors each year, including more than 4,000 on peak days, and it is second only to The White House as the most visited home in the country. Since opening for tours in June, 1982, Graceland has hosted more than 20 million visitors from every state in the U.S. and nearly every country of the world. The new film “Elvis,” directed by Baz Luhrmann and starring Tom Hanks as Presley’s controversial manager Colonel Tom Parker, received a 12-minute standing ovation after its world premiere last month at the 75th annual Cannes Film Festival. The film debuts on June 24.

“Whether you enjoy his music or not, there’s no arguing that Elvis Presley remains an enduring cultural phenomenon and Graceland, his iconic Memphis home, is still an object of popular fascination,” said Tauck CEO Dan Mahar. “

“And with Tom Hanks’ new movie opening in theatres in the coming days – and coinciding with the home’s 40th anniversary celebration – Graceland promises to be more popular than ever. We’re thrilled to provide our guests with an exclusive, after-hours tour at Graceland, after the throngs of other visitors have departed for the day.”

PRIVATE VISITS TO GRACELAND, THE SISTINE CHAPEL THE LOUVRE AND MORE

Tauck guests will enjoy an uncrowded, hour-long tour of the Presley mansion and grounds, and the Graceland visit is just the latest example of the kinds of exclusive experiences Tauck offers around the world.

On Tauck’s Italy tours, for example, guests enjoy exclusive, after-hours tours of the Sistine Chapel and Vatican Museums. Other popular attractions where Tauck guests avoid the crowds and enjoy after-hours access include the Louvre in Paris, St. Mark’s Basilica in Venice, the home and studio of Impressionist painter Claude Monet in Giverny, France, and the Queen Emma Summer Palace on Oahu, Hawaii, where Tauck guests enjoy an exclusive tour, cocktail reception and dinner.

And along with the after-hours tour at Graceland, guests traveling on Tauck’s “Life on the Mississippi” trip will also enjoy a private, exclusive performance at New Orleans’ fabled Preservation Hall.

The 11-day “Life on the Mississippi” itinerary begins with a two-night stay at the Four Seasons in New Orleans, where guests will attend a private cooking demonstration and have lunch at the New Orleans School of Cooking, enjoy walking tours of the French Quarter and Garden District, and visit the National World War II Museum. After boarding the American Duchess paddle wheeler, guests will embark on a seven-night Mississippi River cruise highlighted by visits to Nottoway Plantation and St. Francisville in Louisiana, along with excursions in Natchez, Vicksburg and Greenville, Mississippi, before disembarking in Memphis. There, guests will explore the city’s musical history, visit the National Civil Rights Museum and enjoy their after-hours Graceland tour before overnighting at the Guest House at Graceland. Select departures travel in the opposite direction, beginning in Memphis and concluding in New Orleans, and 2023 prices begin at US$8,590 per person, double occupancy, plus airfare.