Viking has announced it is once again a proud partner of Universal Pictures on the release of Downton Abbey: A New Era,the next instalment in the much-loved Downton Abbey franchise, only in cinemas from 28 April 2022 in Australia and New Zealand.

The continuation of the 2019 feature film reunites the original principal cast, following the Crawley family and the staff of Downton Abbey. Beyond the Downton estate, this film will also see the Crawley’s travel to the south of France to explore the region and uncover the mystery of the Dowager Countess’ newly inherited villa. This is the first time that viewers see the Crawley family travel outside of the U.K.

“Many of our guests were introduced to both Viking and Highclere Castle while watching the acclaimed Downton Abbey series. For more than a decade, we have been connected with Downton Abbey and the team at Carnival Films,through the television series and the first film, and we are proud to continue that partnership,” said Karine Hagen, Executive Vice President of Viking.

“Offering Privileged Access to cultural treasures around the world is a key aspect in the Viking way of travel—and our experiences at Highclere Castle, developed in close collaboration with the Carnarvon family, have become cherished favourites among our guests.”

Viking brought a taste of Downton to Sydney, treating guests to some good old English most care of Chef Nelly Robinson, butler and bus included, of course… 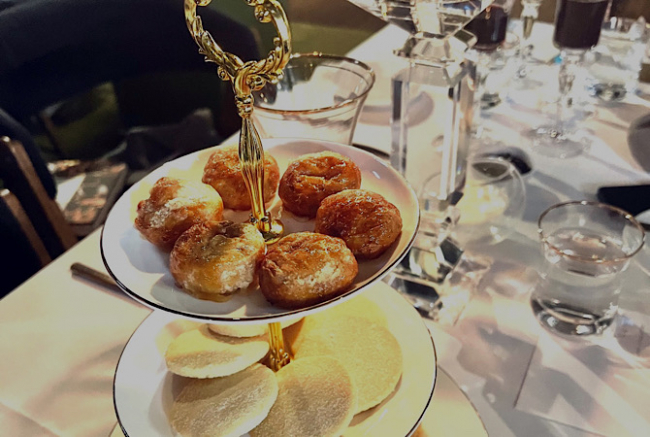 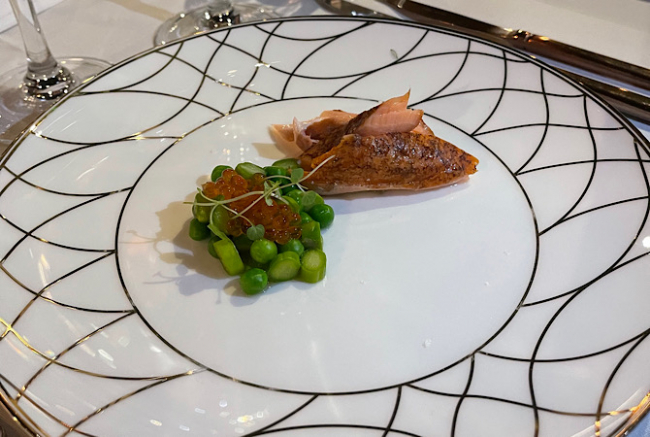 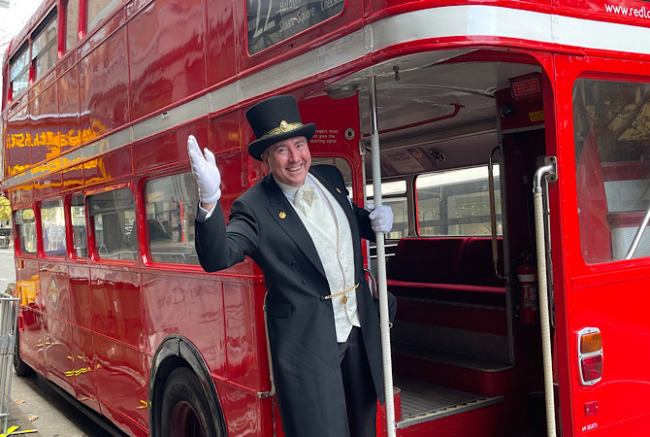 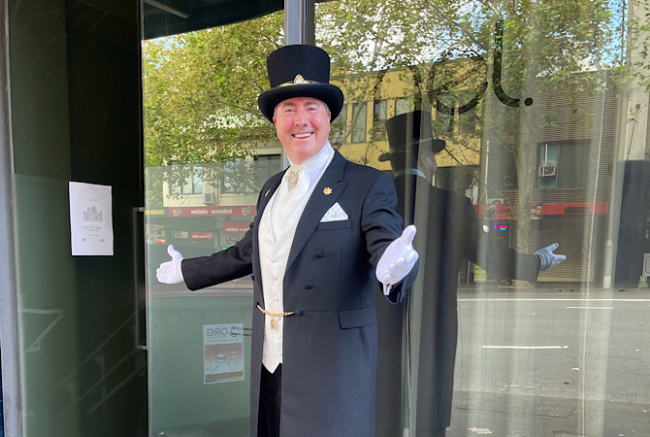 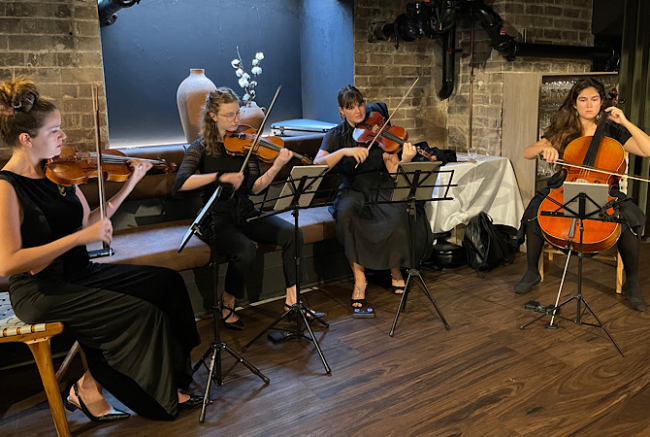 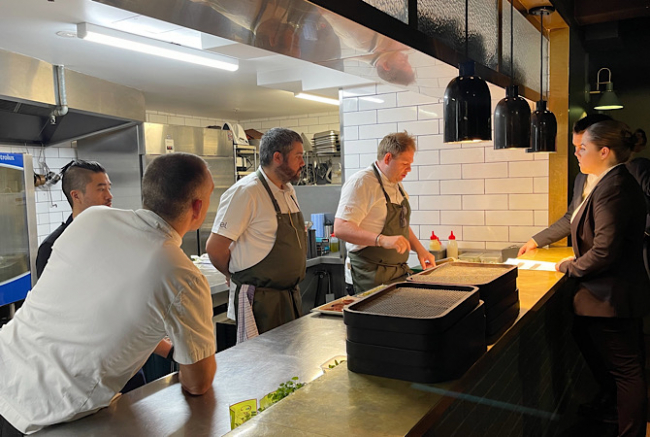 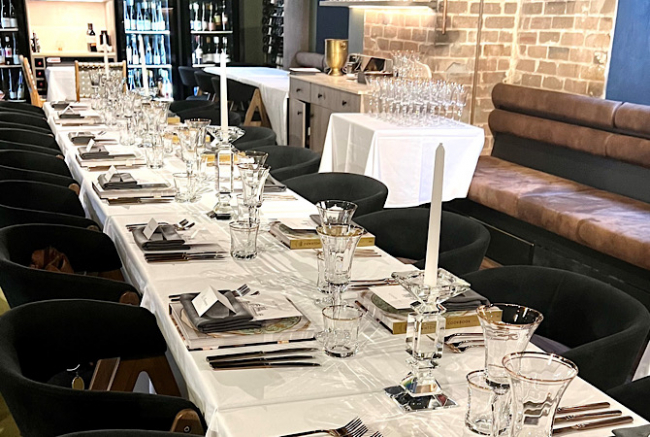 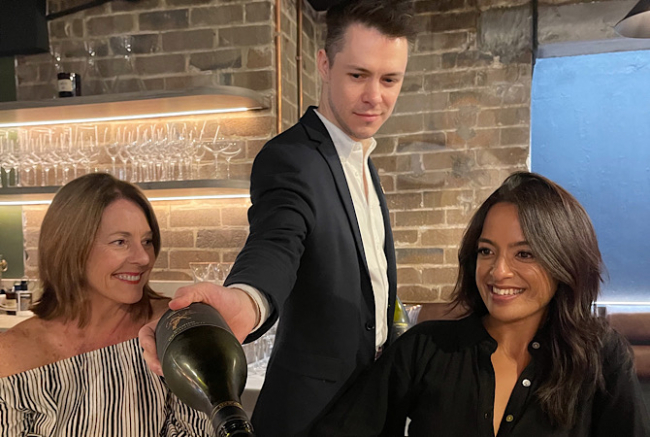 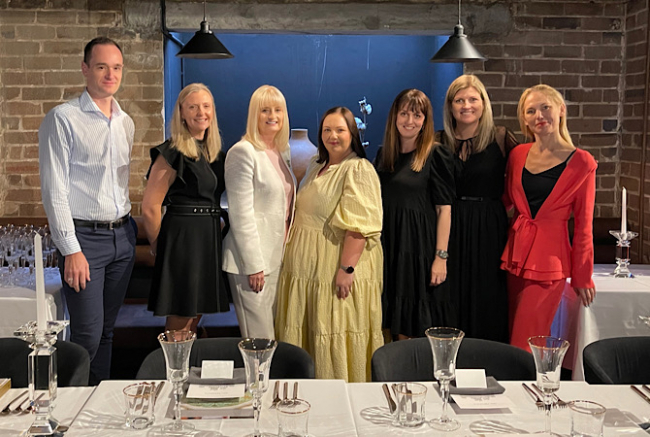 Building on the cruise line’s continued commitment to enriching cultural programming, Viking’s longstanding partnership with Highclere Castle – known to many as “the real Downton Abbey” provides a variety of ways for guests to experience life at the castle in Hampshire, England. Guests can go behind the scenes with a three, or four-night Pre/Post Cruise Extension that can be added to a selection of river and ocean voyages.

The 3-night Oxford & Highclere Castle pre or post-cruise extension package will see guests travel through the picturesque Hampshire countryside to the castle. Built in the Victorian Gothic style by Sir Charles Barry, who also built the Houses of Parliament, is the country seat of the distinguished Earls

of Carnarvon, renowned for their influence abroad as well as in Britain. Guests will be welcomed with a cup of English tea and then given a privileged access tour of the castle’s public rooms, including the magnificent main hall, dining room, drawing room and sitting rooms. Guests will also get to step inside the opulent library, which fans will recognise as Lord Grantham’s private study — complete with a secret door that leads into the beautifully adorned music room.

The 4-night Great Homes, Gardens & Gin pre or post-cruise extension which has been designed to give guests an exclusive look at several country estates that have served as the settings of acclaimed TV productions. The program includes Viking’s Privileged Access tour of Highclere Castle, as well as a visit to Broughton Castle, home to the influential Fiennes family, whose members include the renowned British explorer Sir Ranulph Fiennes and actors Ralph Fiennes and Joseph Fiennes. As part of the extension, guests will visit Chavenage House in the Cotswolds, and stroll the gardens of Highgrove House, the private home of Charles, The Prince of Wales. While visiting Highclere Castle, guests will have an opportunity to taste the Highclere Castle Gin, a super-premium London Dry Gin inspired by botanicals from the castle’s gardens. The extension also includes a visit to the nearby Bombay Sapphire Distillery to learn the history and production of gin.

The four-night British Collections of Ancient Egypt, Pre-Cruise Extension for the Pharaohs & Pyramids Nile River cruise itinerary, allows guests to retrace the steps of the world’s most famous Egyptologist, Howard Carter, and his benefactor, the 5th Earl of Carnarvon. Guests experience Privileged Access to archives and museum exhibits not normally accessible to the public, and at Highclere Castle, have the opportunity to view the earl’s magnificent private collection of Egyptian artifacts.

“Viking and Highclere Castle have been linked through Downton Abbey and my close friendship with Karine for more than a decade, and we are delighted to continue welcoming the extended Viking family to experience everyday life at our home,” added Lady Carnarvon.

Lady Carnarvon has also welcomed viewers to Highclere Castle on Viking’s award-winning enrichment channel, Viking.TV. In her ongoing series, At Home at Highclere, Lady Carnarvon offers virtual Privileged Access to the historic home and its grounds. In the past two years, she has led more than 20 virtual tours and offered glimpses of life at her home. Additionally, Lady Carnarvon has served as godmother to a Viking Longship, the Viking Skadi, and is the ceremonial godmother to Viking’s newest ocean ship, the Viking Mars, which debuts in May 2022.

For those looking to explore France like the Crawley family in the upcoming film, Viking offers eight river voyages with ports of call throughout the country. In the south of France, Viking’s 8-day itinerary Lyon & Provence travels between Avignon and Lyon along the Rhône River, allowing guests to explore the region’s Roman history and indulge in its acclaimed wines. Additionally, guests on the grand 15-day voyage, France’s Finest, will experience the best of the country’s art, cuisine, style and history during the journey between Paris and Avignon; guests will enjoy the rich culinary heritage of Lyon, the world-renowned wine region of Burgundy, as well as travel throughout the northern region of France and pay their respects at the historic beaches of Normandy.

Additional river voyages in France include: Paris & the Heart of Normandy, Cities of Light, Chateaux, Rivers & Wine, Rhine Getaway, Paris to the Swiss Alps and the new 8-day itinerary, Christmas on the Seine, which sails roundtrip from Paris and offers a look at Joyeux Noel beginning this holiday season.