Buenos Aires - what you didn't know

WHATEVER YOU’VE HEARD about this exciting, vibrant, sexy South American city, I have to tell you – it’s all true. If you haven’t been yet, you simply must put it on your hit list. 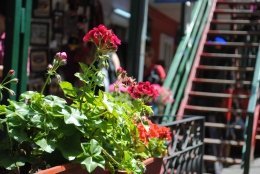 Here are some local facts about Buenos Aires I discovered that were too good not to share...

You know the old saying “It takes two to tango”…well indeed is does, but did you know the famous sensual dance was invented by two men? It originally started at the turn of the 19th century by men as they queued at brothels. Lonely men looking for romance practiced to perfect their moves – as to be a good dancer was a sure way to attract a lady’s attention (and still is!).

We all know that South Americans are soccer and polo crazy, but I bet you didn’t know that the most popular sport in Argentina is actually their national sport of Pato. Played on horseback, a cross between polo and basketball, Pato is Spanish for duck, as early games used a live duck inside a basket instead of a ball.

Buenos Aires is famous for its steak, the tango and its residents loving the odd bit of plastic surgery. Perhaps even more unusual is that seeing a psychologist here is as normal to a Porteno (a Buenos Aires’ resident) as it is for us to visit our favourite barista back home - and no one minds telling you about it either.

Did you know that the men and women of Buenos Aires take getting a Brazilian or a Manzillian to a whole new level. Portenos are practically allergic to body hair, but luckily its removal is super cheap and AUD$100 to have all your hair removed from top to toe. It gives a whole new meaning to Portenos being 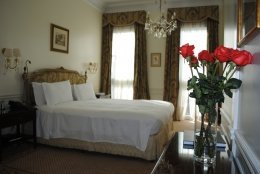 The elegance that is the Alvear Palace Hotel (Photo: Deborah Dickson-Smith) smooth.

Red blooded Portenos love to gorge on large quantities of red meat but they also have a very sweet tooth. A national delicacy known as Dulce De Leche (candy of milk), is a delectable dairy milk jam that tastes a little bit like toffee and a little bit like caramel, it’s everywhere and really has to be tried.

With all of this Argentinean beef you have to have a good red and Argentinean Malbecs definitely qualify. Did you know, The Wine Spectator recently released its Top 100 Wines for the year and Argentina was well represented with five on the list. All of them were Malbecs, mainly from the Mendoza region in the foothills of the Andes. According to the Wine Spectator’s wine critic Matt Kramer, “There is no greater value in red wine anywhere in the world today than Argentine Malbec.”

Although they love their wine, Portenos also love another local drink called, “mate”. This is the national drink of Argentina and similar to green tea. It is prepared from steeping dried leaves of yerba mate (an Argentinean herb) in hot water and is served with a metal straw from a cup which is passed around from person to person.

Getting there: Aerolineas Argentina www.aerolineas.com.ar and LAN Airlines www.lan.com both run regular services.

Where to stay: The Hotel Madero is a stylish boutique hotel in the revitalized area of East Puerto Madero, home of the most modern architecture in the city of Buenos Aires, Argentina.

Getting Around: Say Hueque Tours offer tailor-made tours of the city with incredibly knowledgable guides who can share with you the fascinating history and culture of the city as they walk you through it.