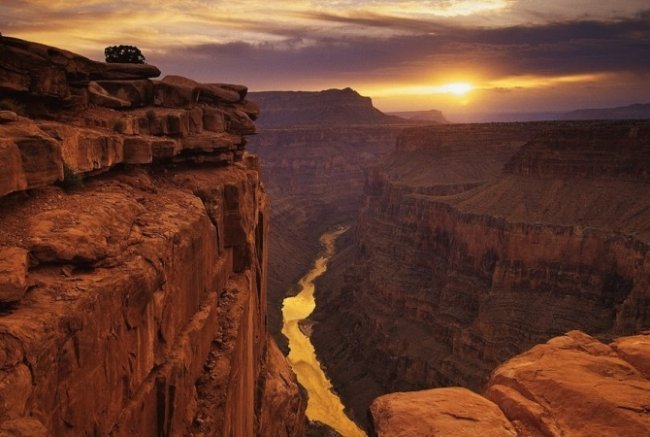 It’s one of the most famous natural attractions in the world, formed over millions of years.

But the US National Parks Service (NPS) says the Grand Canyon is now facing the biggest threat in its very long history: two huge developments proposed for the area.

The first, an entertainment complex, which includes a cable car attraction that would allow tourists to easily reach the canyon floor, has been earmarked for the junction of the Colorado River and the Little Colorado River.

According to the UK Telegraph, park officials say this development will threaten endangered species of the area as well as violate NP territory while crossing the local Hopi tribe’s sacred site.

The second development, a housing and retail complex with an entertainment stage, which would add 2,200 homes and three million square feet of retail space to the tiny town of Tusayan, would be a potential noise and light pollution threat.

NPS’s Maureen Oltrogge said the park, which had not been consulted by developers about either project, was “extremely concerned about these developments”.

“We are worried about water, about the higher volume of tourists and visitor experience,” she said.

“The amphitheatre proposal on the south rim is particularly concerning because it could mean we have light pollution at one of the darkest places in the continental US.”

“The average person can't ride a mule to the bottom of the canyon,” he told the LA Times.

“We want them to feel the canyon from the bottom.”

The Grand Canyon National Park welcomes 5 million annual visitors, who contribute around US$476 million to the local economy.

Have you been to the Grand Canyon? Does it need more entertainment offerings?