Where to find award-winning film locations in LA

As the undisputed entertainment capital of the world, Los Angeles has starred in countless notable new and classic, award-winning films and television shows. For movie and television fans visiting L.A. during Awards Season, they can immerse themselves in entertainment magic by visiting locations from this year’s most talked about films and shows.

A Star Is Born

A film about a love story between a rock star and aspiring singer could pick no better setting than Los Angeles, the city where dreams are made. Locals and visitors can visit locations from their favourite scenes in the movie.

-      The Virgil – The popular East Hollywood bar is the location where Jackson first sees and meets Ally after she performs, “La Vie en Rose,” at the drag show.
4519 Santa Monica Blvd, Los Angeles, 90029

-      Greek Theatre – After meeting Ally, Jack heads to his next concert at none other than the Greek Theater in Griffith Park. After much internal debate, Ally quits her job and flies to the Greek where Jack convinces her to sing “Shallow” on stage.
2700 N Vermont Ave, Los Angeles 90027

-      Chateau Marmont – Before the launch of Ally’s album, she and Jackson share a moment in their hotel room, filmed at the Chateau Marmont, staring at her billboard on Sunset Blvd.
8221 Sunset Blvd, Los Angeles, 90046 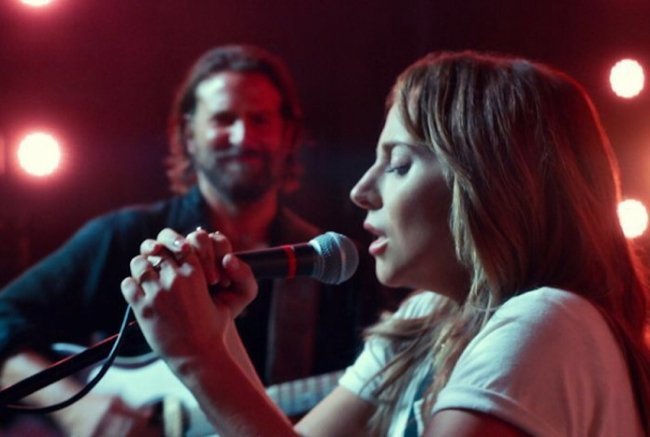 While This Is Us is set in Pittsburgh and the New York tri-state area, the show is filmed in the City of Angels. Numerous locations from the show’s most tear-jerking or heartwarming scenes can be found throughout Los Angeles.

-      Nickel Diner – Downtown Los Angeles’s Nickel Diner is also a significant place for Sophie and Kevin. It’s where they had their first kiss and where Kevin tries to win Sophie back in season one. This vintage-style restaurant has will transport guests back to the 1940s.
524 S Main St, Los Angeles 90013

-      Hotel Café – Rebecca’s Valentine’s Day show in season one ends in drama for she and her husband Jack. The venue, however, is a Los Angeles musical landmark located in Hollywood, having notable performers such as Coldplay’s Chris Martin, John Mayer, Katy Perry and Ed Sheeran grace the crowd at Hotel Café.
1623 ½ N Cahuenga Blvd, Los Angeles 90028

HBO’s hit series Insecure has received numerous accolades for depicting another side of life in South Los Angeles, more positive than what viewers generally see in movies or mainstream TV. While many scenes are filmed in the South L.A. neighbourhood, hangouts for Issa and friends are sprinkled throughout the city.

-      Mavericks Flat – Once known as the “Apollo of the West,” and one of the foremost jazz, soul and R&B venues in the city during the 60s and 70s, artists such as the Temptations and Marvin Gaye performed at this Leimert Park landmark. It is also the location where Issa runs into Daniel in the very first episode.
4225 Crenshaw Blvd, Los Angeles 90008

-      Merkato Ethiopian Restaurant – In another episode, one scene finds Molly and Issa at Merkato, one of the city’s oldest Ethiopian restaurants, for Issa’s birthday. The intimate establishment is the perfect place to grab some delicious food in Los Angeles’s Little Ethiopia district.
1036 ½ Fairfax Ave, Los Angeles 90019

-      Openaire – Formerly known as The Commissary, Openaire is Josiah Citrin’s new restaurant located at the LINE Hotel’s rooftop in Koreatown. The restaurant has maintained the beautiful greenhouse décor seen when Molly and Issa brunched there in season two.
3515 Wilshire Blvd, Los Angeles 90010 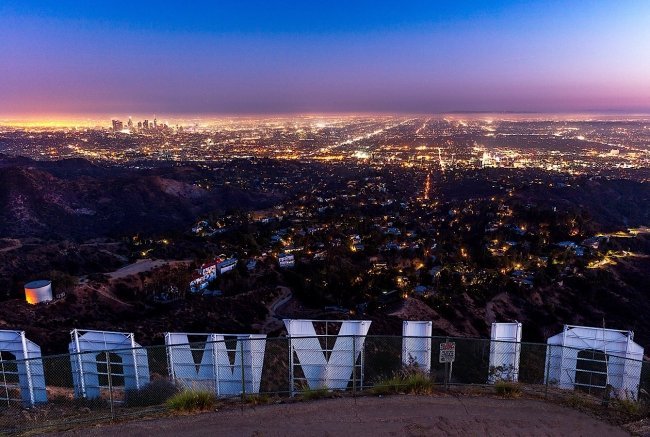 Netflix’s original comedy pays homage to the 1980s original variety show Gorgeous Ladies of Wrestling that took place in Las Vegas. Netflix’s GLOW, however, takes place and is filmed in Los Angeles, giving us a look into the city’s colorful past.

-      The Pink Motel – The ladies of GLOW are sent to live at the Dusty Spur, to prepare for the show. The Dusty Spur is actually the Pink Motel in Sun Valley. While this bright, retro motel is closed for business, fans will recognise it from numerous other shows and movies such as Dexter and Drive. Right next door, visitors will find Cadillac Jack’s Café, another popular filming location for GLOW.
9457 San Fernando Road, Sun Valley 91352

-      The Mayan – While Ruth and Sam didn’t choose the Mayan in Downtown L.A. to shoot GLOW, they did visit the historic theater when scouting for locations. The Mayan is intricately designed with Aztec features and ornamentation. The theatre now operates as a nightclub and has been seen in The Bodyguard and A Night at the Roxbury.
1038 South Hill Street, Los Angeles 90015

-      Hollywood Palladium – When the women finally find a location to shoot the first episode of GLOW, filming takes place at the Hayworth Hotel, a fictional location that uses the interior of the Hollywood Palladium. The Palladium’s exterior was seen in a different episode as a movie theatre showing Back to the Future.
6215 Sunset Boulevard, Hollywood 90028

The recently released Netflix movie, Bird Box, has taken over Australia’s screens (and memes!)  and now travellers can experience a Bird Box film location themselves. The Monrovia home located in Los Angeles County has become the latest must-see attraction.

-      Monrovia House – The seven-bedroom house of Sandra Bullock and her children in the Bird Box film is located in Monrovia, L.A. Monrovia is located 20 miles north of Los Angeles and is also home to houses and commercial areas used in other iconic films, including Legally Blonde, American Pie and Never Been Kissed.