Where to spot the stars in Los Angeles

With the world’s cameras on the Oscars, we give a rundown of the best places for celebrity-spotting in LA.

Like swarms of bees searching for nectar, packs of celebrity-seeking paparazzi travel across Los Angeles day and night in search of that next buzz-worthy shot. The encounter might be as ordinary as a celebrity buying groceries, or as rare as a global superstar having a romantic date night at the beach. Witnessing the paparazzi portion of the star-making cycle is an authentic L.A. experience.

The rich and famous may go to great lengths to protect their privacy, but the paparazzi have uncovered their favourite public haunts. If visitors are eager for a celebrity sighting in Los Angeles, below are some of the best star-sighting spots in the city. If it weren’t for the arrivals terminals at LAX, the celebrity-gotcha show TMZ wouldn’t exist. While many stars hide in private airline clubs before their flights, they must mingle with the public post-flight at the baggage terminals.

Located in the former United Artists building, the hotel showcases the Los Angeles’ essence to their guests. The hotel’s interior details concrete galore with sleek fixtures and furniture, plus a bar and restaurant that are destination enough for locals. Due to their unique atmosphere and environment, many stars stopped by the hotel, which includes Anna Kendrick, Arianna Grande, Jennifer Lawrence, Matt Damon and more.  If guests are lucky enough, they are able to spot these celebrities during their time at Ace Hotel.

The legendary Sunset Strip is a 1.5-mile stretch of clubs, boutiques and restaurants between Crescent Heights and Doheny Drive. The Strip is regularly packed with cavorting stars, and paparazzi packs can snag celebrities dining at Osteria Drago or getting wild at the famed Bar Marmont, located in the exclusive Chateau Marmont. The Strip has become a favourite haunt of the famous because many live in the Hollywood Hills and Laurel Canyon, two exclusive enclaves above Sunset Boulevard.

The stretch of Malibu beach that runs from Carbon Canyon Road to the Malibu Pier is known by locals as Billionaires' Beach. The richest of the rich, including music mogul David Geffen, Oracle’s Larry Ellison and media proprietor Haim Saban own mansions that sit on the sand, some of the priciest on the Pacific. The public - and professional photographers - can access the beach via walkways at 22132 and 22664 Pacific Coast Highway. 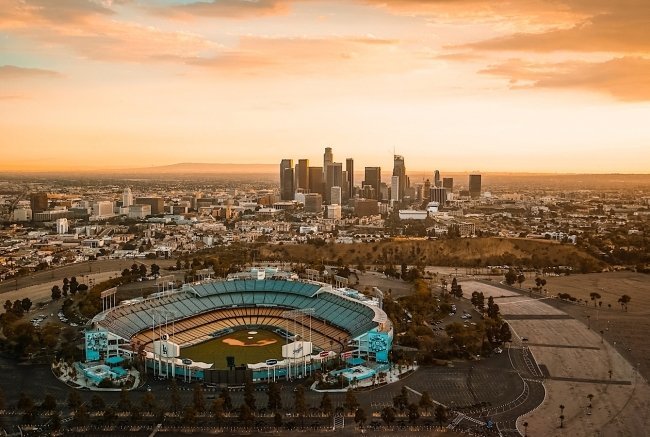 Located in Elysian Park neighbourhood of Los Angeles, Dodger Stadium has a rich history that places it among the truly great venues in sports history. Home to baseballs’ Dodgers since 1962, the stadium is the third oldest continually used park in Major League Baseball and stands as one of the most unique and picturesque settings in sports. The public and the paparazzi can catch a glimpse of stars watching the game as well.

The irresistible combination of celebrities with their babies attracts many long lenses to the action at the Studio City Farmers Market. The Sunday morning gathering spot is the preferred choice of stars who live and work near the area’s film studios. Those with families can often be seen taking their children to the market’s petting zoo and pony rides.

Located at the eastern end of the Santa Monica Mountains, Runyon Canyon Park is known for their scenic hiking trails. The hiking landmark is known for sweeping city views and people watching. Also due to the loose dog policy, it’s a popular spot for bringing pets. While exercising, don’t be surprised running into a celebrity. Many stars stroll down Runyon Canyon for a quick run or exercise. Such celebrities include Channing Tatum, Justin Bieber, Fergie, Natalie Portman and Amanda Seyfried. 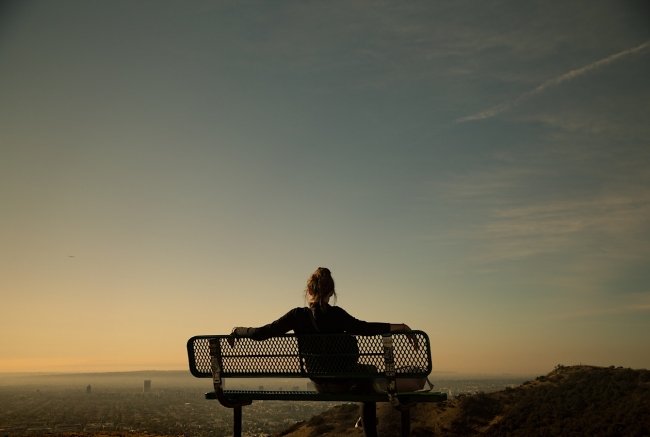 Not every paparazzo earns a paycheck with the kind of candid shots that wind up in gossipy tabloids. Many make a living along the sidelines of red carpets that are set up at restaurant openings, fundraisers and film premieres. When stars have a new movie to promote, they’re happy to pose on the red carpet at their premieres. TCL Chinese Theatre remains one of the most popular locations in Los Angeles for premieres, and one of the best spots where the public and the   paparazzi can catch a glimpse of film stars arriving at a glamorous event.

The Hollywood Roosevelt Hotel is not only one of the most iconic and trendy hotels in Hollywood, but also a favourite hangout for celebrities. Great star-sights spots are the Library Bar adjacent to the lobby, poolside at the Tropicana Bar, or Teddy's, a popular club at the hotel. 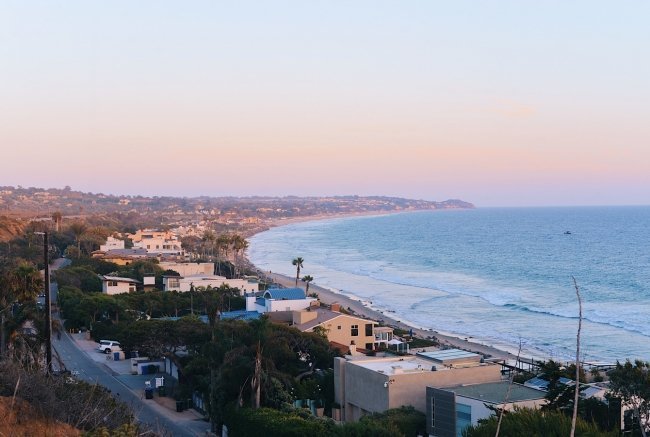 When the famous want to shop somewhere relaxed and casual, they head to the Malibu Country Mart, an outdoor shopping centre with 65 boutiques, galleries and restaurants. While celebrities pick up toys, designer jeans and jewellery, locals buy their coffee, cosmetics and everyday (but pricey) clothes. At the sandy playground and picnic area, Malibu mums and surfer dudes alike discuss neighbourhood news. Located near Pepperdine University, the Malibu Pier and mega-mansions of the fabulously rich, the Malibu Country Mart is Malibu’s defacto downtown.

With a dancing fountain, a vintage trolley car and dozens of stores, restaurants and movie screens, The Grove is shopping as fantasy entertainment. Maybe it’s the concierge service that attracts stars to the outdoor mall, or perhaps it’s the valet parking. Or maybe it’s the chance to slip next door to the Original Farmers Market, a funky warren of open-air restaurants and stalls that’s as steadfastly authentic as The Grove is glossy. And yes, that is Paris Hilton chowing down with her BFFs.

For more than 40 years, the ivy-covered building at the corner of Melrose Avenue and Crescent Heights Boulevard has been destination shopping for the trend-obsessed. Like a deconstructed department store, the cluster of individual boutiques inside Fred Segal is one-stop star shopping. There are entire boutiques offering the necessities of the famous: sunglasses, beauty products, lingerie and wildly original home décor. The open parking lot is equally enticing to the stars and the paparazzi alike - the stars like that it’s steps from the door, while the photographers like that the stars have to traverse the lot, giving them great access.

IN OTHER LA NEWS, following more than 12 months of planning, research and development, the Los Angeles Tourism & Convention Board has unveiled its latest iteration of discoverlosangeles.com.
Built by Los Angeles Tourism’s digital team, the mobile-first design ensures faster response, enhanced search and better accessibility while featuring an editorial-led, visual storytelling focus that serves up the inspiration and research travellers seek in official destination websites.