Getting to know historic Hue

Tour the World’s host Adam Ford visits the former Vietnamese imperial capital Hue – and wonders whether ‘middle child syndrome’ could apply to this most enigmatic of Vietnam’s tourist centres. 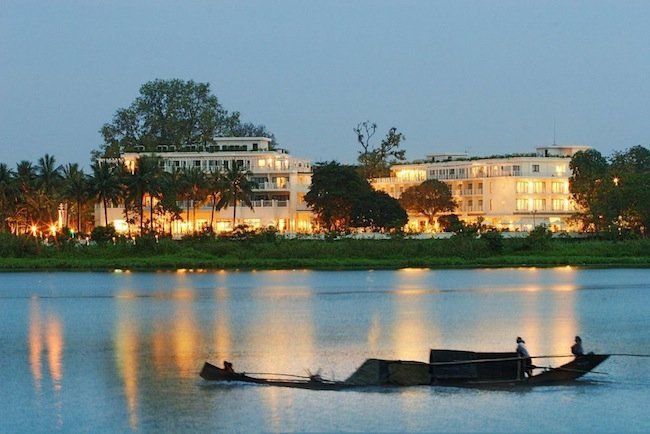 Ah, puzzling and perplexing Hue in central Vietnam. While this small city (a modest ninth on the list of Vietnamese urban centres by size) is the former imperial capital of the Nguyen dynasty – which ruled Vietnam from 1802 through to 1945 – it has long since lost all political clout to big sister Hanoi up north. And even though Hue is on the itinerary for many tour groups travelling through the area, it almost always plays second tourist fiddle to its beguiling younger sister Hoi An – three hours’ drive south.

Actually, speaking of sisters, I’m going to use a well-trodden Brady Bunch analogy here. You have older sister Marcia - Hanoi. Gorgeous; worldly; sophisticated. Then there’s youngest sister Cindy - Hoi An. Pretty; charming; sends everyone ga-ga. And then in the middle there’s Jan - Hue. Earnest; bookish; wears glasses. OK, maybe that’s over simplifying matters. But even as we arrive on the outskirts of the city our Vietnamese tour-guide proceeds to describe the people of Hue as ‘Different. They are just different’.

The reality is Hue is a fabulous travel destination. First impressions are deceiving and it may take you a while to warm to the city’s understated charms. But give it a chance. There’s an absolutely fascinating history to explore and a plethora of historic monuments to enjoy. Imperial traditions of art, culture and philosophy are still very strong here - and for those interested in art there are lots of boutique galleries to explore. Now we’re getting somewhere! 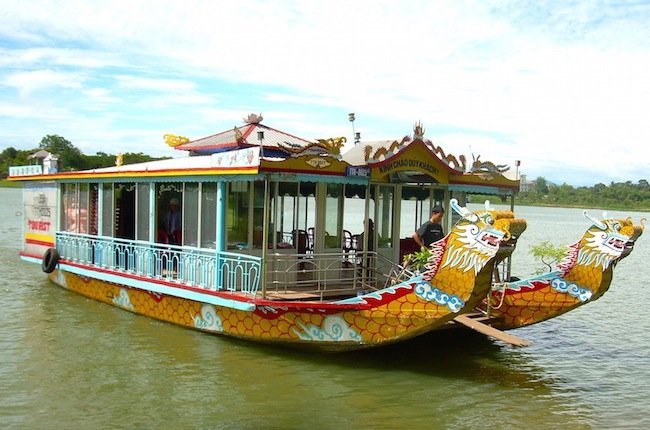 With the leafy city centre situated along both sides of the delightfully named Perfume River, take the option of a river cruise at some point during your stay. There is no end of choices and cruises down river to the gorgeous Thien Mu Pagoda are popular – as are music cruises at dusk. A small troupe of local musicians will serenade you while the twinkling city lights provide a beautiful backdrop. Afterwards, take a stroll along the riverfront, which is a focal point for local families socialising in the cool of the evening.

Unlike Hoi An, Hue suffered heavy bombing in the Vietnam War and was also a little slow to recognise the tourism benefits of restoring its plethora of historic monuments. Consequently they are not as well maintained as in Hoi An or Hanoi. Interestingly, our guide tells us there are actually very few surviving monuments older than about two hundred years anywhere in Vietnam. Traditionally they have been knocked down when finished with and new ones built on top. We pay a visit the Royal Tombs of the Nguyen dynasty, located a few kilometres outside the city centre. The Nguyen emperors certainly liked peace and solitude for their final resting place – there’s virtually nothing out here except the dense forest and the burial complexes. Those who constructed each tomb – along with the deceased emperor’s closest confidantes – were also dispatched to the afterlife whether they were ready to go or not! This was done to protect the exact burial location in each complex. It’s worth noting that away from the cooling breezes that come off the river, it gets stiflingly hot out at the tombs. Come well equipped with sunscreen, water and a hat. You‘ll get much more out of your visit.

The other big draw in Hue is the UNESCO World Heritage listed royal citadel, located on the north bank of the river opposite the main part of town. Construction of this walled-complex began in the early 1800’s, but you’d think it was a lot older. It’s a massive site, with a large proportion of locals actually living inside, along with a couple of elephants. We enjoy a guided walking tour of the key areas of the complex, but you could spend days poking about here. 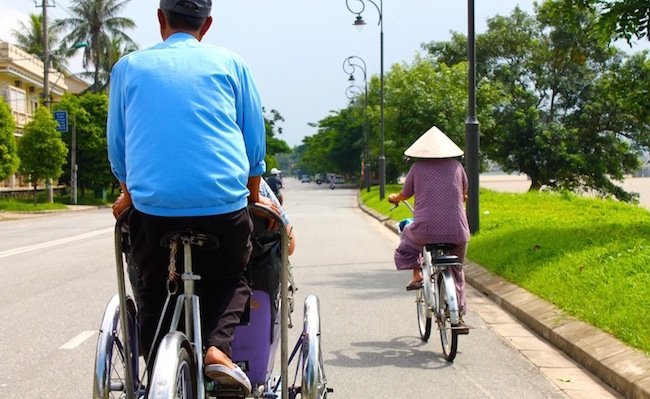 As it’s reasonably flat in Hue, one of the best ways to get around is by pedal power.  Hire a bike or pay someone else to do the hard yakka for you with a cyclo ride. Our tour included a scenic cyclo tour around the outside of the citadel and along a number of picturesque laneways and backstreets. Close your eyes when traversing the bigger city intersections – it can get a little hairy!

Wherever you’re staying, ask your cyclo driver to deposit you at La Residence (www.la-residence-hue.com) at the end of your ride. The former French colonial governor’s residence has been fully restored and turned into a luxury boutique hotel. It’s one of the finest in Vietnam and a fascinating step back in time. You don’t need to be staying at the hotel to enjoy a cocktail at the pool bar with views across the river towards the Citadel. A must! 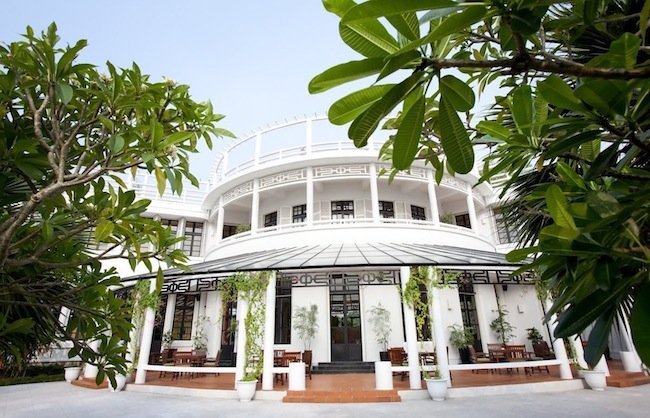 The reality is Hue can more than hold its own against its beautiful sisters. It’s just, well, different.

Adam Ford is host of Tour the World.

Tour the World’s Vietnam at a Glance episode airs Saturday May 16 at 12noon on Network Ten. For more information visit www.tourtheworld.com.au.

Adam Tour the World travelled as a guest of Wendy Wu Tours.