The survival of a Hmong love market

If this little piggy went to market, would he come back with a bride? 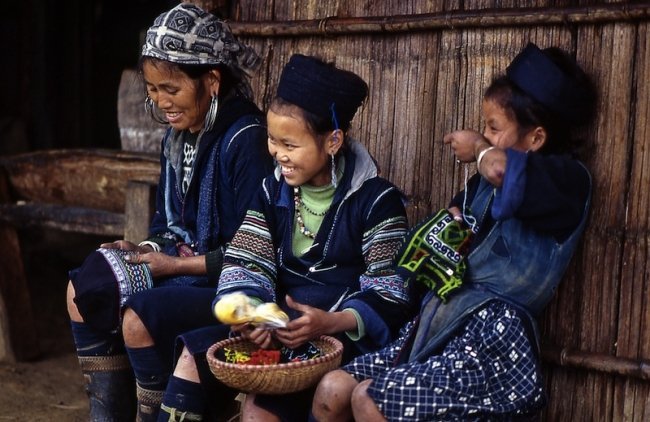 It’s Saturday night in a town some 380 kilometres from Hanoi - and it’s open season for love.

Forget Tinder and eHarmony - here, generations of the Hmong people have hit the town of Sapa in search of The One.

“When I saw her for the first time I was playing my violin,” traditional Hmong musician Giang A Vang told AFP.

Apparently she did, as over the coming Saturdays the two continued to meet - and while Giang A Vang played his traditional violin, his sweetheart Vang Thi Xo joined in, playing a leaf.

That was thirty years ago and the pair is still married, but the Sapa love market has changed.

According to official figures, tourists to Sapa increased from 360,000 in 2003 to 1.2 million in 2013. And although this increase has brought development and accompanying prosperity, it has impacted the old ways, Vang Thi Xo said.

"The love market is very special for me as it was how I could meet a good husband like him," she remarked.

"Now I don't like it, as people are playing music just for fun, for the tourists to get money, and we are losing part of our culture."

Some of the locals have claimed that Sapa’s love market is more business than anything else, but Chris Carnovale, who helps ethnic minority groups learn how to offer homestays to tourists, says “the love market has evolved”, becoming more of a meeting point for tourists than locals.

"There are still true Hmong love markets – but I'm not telling you when and where," he told AFP.

Single? Would you be interested in visiting a love market?