Aussie travellers in tune with Canada

Canada on show at the Canadian Corroboree

A performance by Ontario-born, Calgary Stampede country music star Jake Mathews was among the highlights of the recent Canadian Corroboree event in Melbourne, organized by the Canadian Tourism Commission.

Currently on tour around Australia with Mathews are a band of Canada’s top tourism bodies including Tourism Whistler, Tourism Calgary, Tourism Victoria, Banff Lake Louise Tourism and Travel Alberta, as well as representatives from emerging destinations among Aussie travellers such as Yukon and Ontario.

Canadian tour operators, attractions, rail and hotels were also present at the event, which heads to Brisbane and Sydney this week for a series of industry and media dates.

It isn’t a secret that there’s a lot of love between Canada and Australia, and the message at the Corroboree is a simple one: visit Canada. And it seems Aussies are listening.

From January to November last year, over 253,000 Australians travelled to the world’s second largest nation. This figure represented year-on-year growth of 5.5% and a record number of visitors from down under (for the first eleven months of a year).

Among the standout features at the Corroboree was a virtual reality adventure, which enabled guests to experience a little of British Colombia, and a Jasper Tourism video that featured testimonies of Aussies living in the region.

Speaking to Traveltalk at the event, Yukon Wild’s Dee Enright said the only regret she had was not joining the Corroboree bandwagon sooner; Australia, she said, was becoming an increasingly important market for the wild north of the country.

Meanwhile, some 200 travel agents gathered at the Australian Outback Spectacular on the Gold Coast on the weekend for an evening of “Ranch, Rodeo and Rockies” with Travel Alberta.

The Experience Alberta event saw performances by Mathews, a behind-the-scenes tour to meet the cast and crew of the Outback Spectacular, and a High Country Legends equestrian style horse performance, evoking the famous Calgary Stampede. 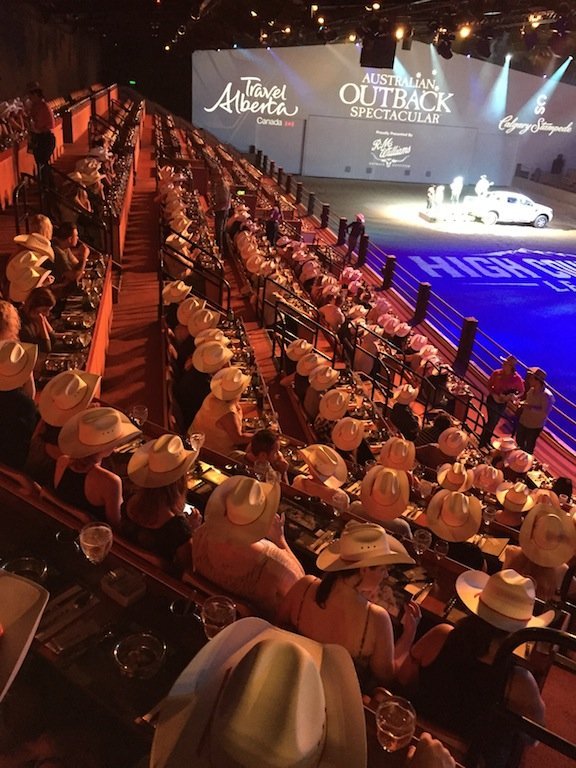